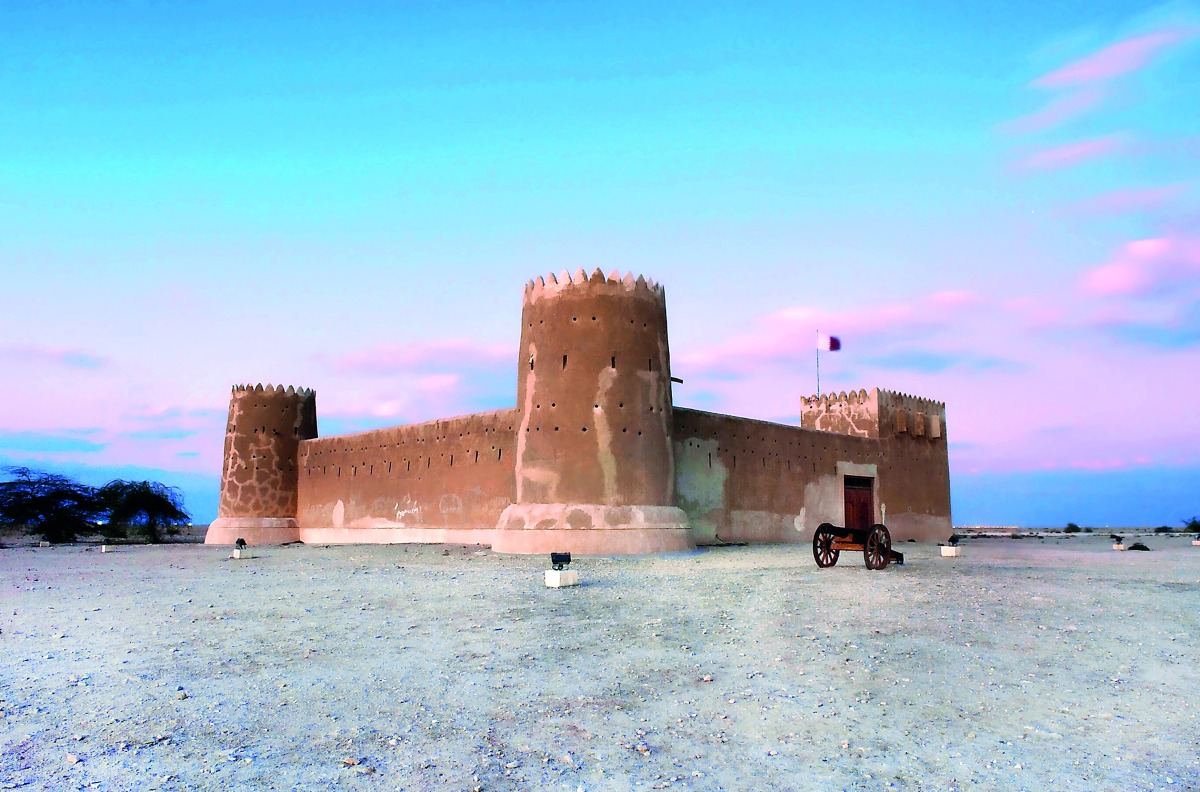 Doha: The celebration of the World Heritage Day, which falls on April 18 of each year, is an international occasion to highlight the excellence of the global and human cultural heritage, as well as the richness, diversity and authenticity of the world heritage around the globe.

This year’s occasion comes to keep pace with Qatar’s leadership globally and locally in the field of heritage preservation.

The tireless efforts of Qatari institutions have gained the respect of international institutions specialized in cultural affairs and recognition of the prominent role of Qatar in preserving heritage, and was culminated in the country’s election as a member of the World Heritage Committee for the period 2021-2025, during the General Assembly of States Parties to the 1972 World Heritage Convention, which was held during the 41st session of the General Conference of the United Nations Educational, Scientific and Cultural Organization (UNESCO).

On this occasion, officials and experts affirmed in an exclusive statements to Qatar News Agency (QNA) that the efforts of the State of Qatar have become evident in protecting its tangible heritage and cultural fabric. This reflects its renaissance in the field of museums and cultural development, besides its efforts at the international level to protect human heritage through partnerships with UNESCO.

The State of Qatar pays great attention to the role of museums in preserving heritage, through a national vision and a series of museums, which today have become one of the pillars of the comprehensive renaissance experienced by the country, Qatar Museums is interested in developing national plans for heritage sites, and establishing projects to restore, maintain and excavate them, in order to bring the local community, over generations, closer to its history and the lifestyle of its ancestors, H E noted.

Regarding the efforts to register the Qatari heritage in the UNESCO list of human heritage, H E Dr. Nasser bin Hamad Al Hanzab said that the State of Qatar is making international and national efforts to promote the national heritage and place it on the global map of the cultural heritage of nations, as in 2013, the town of “Al Zubarah” was inscribed into the UNESCO World Heritage List, and it is one of the most important archaeological sites in the country and the region. Al Zubarah was the largest main city in the Arabian Gulf for pearl fishing and trade in the period between 18th and 19th century.

At the international level, the State of Qatar is one of the most important supporters of the protection of the endangered world heritage, noting Qatar Fund for Development’s support for UNESCO’s Heritage Emergency Fund, as many sites in Europe, Africa and the Arab region were saved.

Qatar was honored to obtain the highest number of votes among the candidate countries for memberships at UNESCO headquarters in Paris, during the 23rd session of the General Assembly of States Parties.

Heritage expert at the Private Engineering Office Engineer Mohamed Ali Abdullah said, in an exclusive statement to QNA, heritage remains an important element in the lives of nations and people, as it reflects their cultural identity that they want to preserve and prevent from perishing and melting in the midst of globalization. He pointed out that the State of Qatar is an example when it comes to caring for its heritage in its Gulf surroundings.

The heritage expert at the Private Engineering Office added that when the Qatari government set out to enhance the Qatari identity in the heart of the capital, renovation-project of Souq Waqif started, where citizens, residents and tourists witnessed this ancient heritage return full of vitality, gave a lot of positive spirit to the place. The State was also keen to revive the villages that had perished in the past fifty years through rebuilding them, he said, stressing that what happened in the State of Qatar was a wake-up call to the surrounding Gulf countries to preserve their ancient heritage after the distinguished experience of Qatar and the popularity of Souq Waqif.

He concluded by saying that heritage is the spirit that we inherit from our ancestors, which gives us that special identity that makes us distinct from others, in our clothes, customs, and arts. By preserving our heritage, we leave a fertile material for contemporary creators to produce true art that belongs to man and place, he said.

For his part, the cultural advisor at the Ministry of Culture Hamad Hamdan Al Mohannadi said, in a similar statement to QNA, that the celebration of the World Heritage Day aims to introduce and raise awareness of the importance of heritage and promote it in various countries of the world, as well as protect human heritage in accordance with the 1972 Convention concerning the Protection of the World Cultural and Natural Heritage, which was ratified by the State of Qatar in 1985 according to Amiri Decree No. 21 of 1985.

He explained that in line with the efforts of the State of Qatar at the national and international levels to promote the implementation of that Convention, it was elected as a member of the Intergovernmental Committee (the World Heritage Committee) affiliated with the Convention for the period 2021 – 2025.

Al Mohannadi spoke about the role aspired during Qatar’s membership in the World Heritage Committee and in light of its commitment to the objectives of the Convention, as the State of Qatar contributes with member states to strengthening the role of the Convention in preserving cultural and natural heritage worldwide.

He added that since the ratification of the agreement, cultural institutions in the State of Qatar have intensified their efforts to introduce the national cultural heritage, and educational institutions (schools, universities) have enjoyed a large share of classroom and extracurricular activities and attempts to integrate the national cultural heritage into the educational system.

He also said that media institutions took responsibility for introducing the national cultural heritage and presented dozens of awareness and cultural programmes, pointing out that in 2013 the State of Qatar registered the archaeological city of Zubarah on the World Heritage List. It also hosted the 38th session of the World Heritage Committee in 2014 and made a distinguished financial contribution to the World Heritage Fund.

Meanwhile, the researcher in cultural heritage Mohammed Saeed Al Balushi said, during his interview with QNA, that the celebration of the World Heritage Day comes this year while the State of Qatar culminates its efforts in preserving the landmarks of Qatari heritage through diligent work to complete the restoration of Al Zubarah site, which is registered in the World Heritage List, through building a visitor center and facilities that reflect its importance, role in history and its future value, as well as the addition of three other Qatari heritage sites to the Islamic World Educational, Scientific and Cultural Organization (ISESCO) Heritage List. The heritage sites are Al Rakyat Fort, Barzan Towers and Al Khulaifi Heritage House.

This Heritage List was adopted during the 9th meeting of the Heritage Committee of ISESCO in June 2021, as these three heritage sites are considered an important historical and civilizational legacy for the Qatari people and the Islamic world as a whole.

Al Balushi stressed that this interest is reflected in all historical buildings in the various regions of the State of Qatar, in order to activate the World Heritage Convention on the ground, in addition to the research and studies that are being conducted to clarify the social dimensions of these sites and buildings and their impact on the lives of people and society, noting that Qatars efforts in the field of heritage preservation began early since the seventies with the establishment of Qatar National Museum and its balanced renewal by building the museum in a contemporary way, while preserving the old palace, which is a key feature of its features, confirming the pride the State of Qatar has for its heritage.