HomeQatarAdel MalAllah: Qatar should aim for the stars during World Cup
Qatar

Adel MalAllah: Qatar should aim for the stars during World Cup 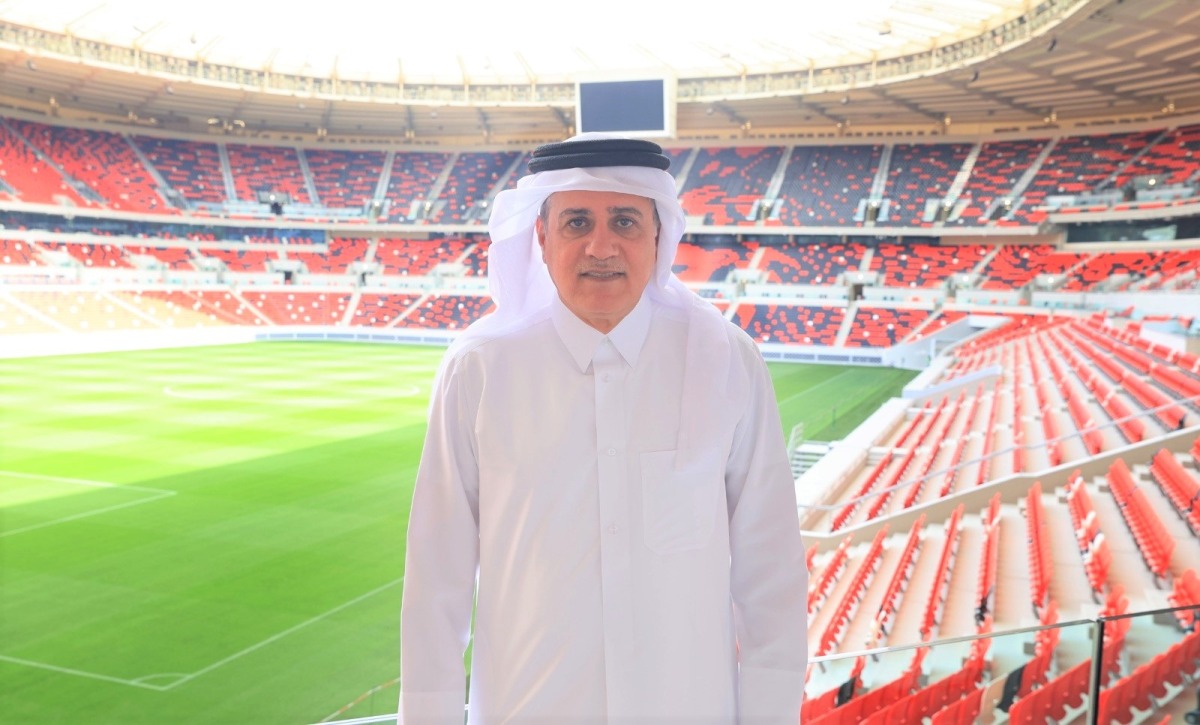 Adel MalAllah holds the honour of being the first Qatari footballer to lift a trophy for his country – and he is calling on the current generation to fear no-one as they embark on their maiden FIFA World Cup campaign.

MalAllah, who famously led the Maroons to Arabian Gulf Cup glory on home soil in 1992, represented Qatar during the FIFA World Cup Final Draw, which took place in Doha on 1 April. Al Annabi were drawn into Group A alongside Ecuador, Senegal and the Netherlands. A tough draw on paper – but MalAllah said the host nation should not fear anyone.

“The bigger teams are not unbeatable. We just need to focus on ourselves. If we have the right mindset, anything is possible – especially when you consider we are playing in front of a home crowd. Our players are very capable,” said MalAllah.

MalAllah said he was honoured to represent Qatar during the final draw ceremony.

“I remember being in the majlis 12 years ago when Qatar won the bid. Seeing their highnesses in the audience reassured us that our dream might actually come true. When it was announced, we cried tears of joy. Taking part in the final draw is a tremendous honour. It is one of the major achievements of my career.”

MalAllah’s football journey began in the narrow alleyways of Doha, where he and his friends dreamed of becoming professional players.

“I remember playing on sand pitches at different schools. There were no floodlights so we had to finish before sunset. Football clubs didn’t have stadiums or offices back then. They were based out of rented homes. The only stadium was Doha Stadium. Despite all this, we have achieved great success. Look how far we have come.”

Centre-back MalAllah spent his entire 19-year career with Al Ahli Sports Club. On the international stage, he played for Qatar during the 1981 FIFA Youth World Championship – where the Maroons finished as runners-up to West Germany after defeating Brazil and England. It is a special memory for MalAllah – and the entire country.

“Qualifying for the Youth World Cup was a task in itself – and when we got there we were drawn against countries with much more footballing pedigree than us. None of the media gave us any attention but our perseverance and ambition drove us to pull off a miracle and make it all the way to the final,” said MalAllah.

“After making it out of the group, we gained confidence and belief with every victory. The final was very challenging because it had rained for days before kick-off. The wet conditions made it difficult for us to play our quick passing game.”

Eleven years later, however, and MalAllah would reach his footballing summit.

“1992 was a special year for me. I won the Amir Cup with Al Ahli and captained the national team to their first Gulf Cup. It was a very important title for the country. It meant more investment in the sports sector, including new stadiums. It also inspired future generations to pull on Qatar’s shirt.This investment and commitment eventually took us to become champions of Asia, and now, World Cup hosts.”

The first FIFA World Cup™in the Middle East and Arab world is now only months away – and MalAllah knows precisely how Qatar’s players will be feeling.

“When we put on the Qatar jersey, we felt like soldiers carrying our flags on the battlefield. It’s the dream of any player to represent their country. It comes with great responsibility – and lots of pressure – but it’s an honour envied by everyone else.”