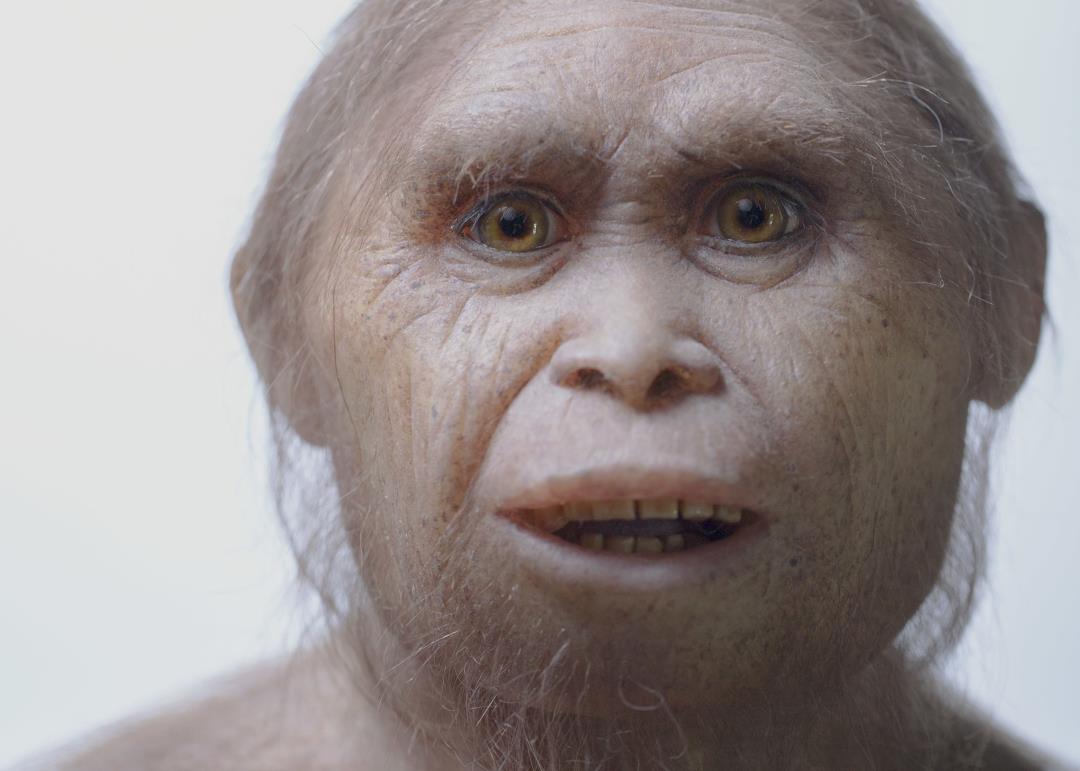 (Newser)
–
A hobbit-like human species has survived for hundreds of thousands of years in the forests of a remote island—and is still surviving. That’s the stunning theory of a retired anthropologist, who believes sightings of an “ape-man” on Indonesia’s Flores island could signal that so-called hobbit human Homo floresiensis never went extinct. Evidence of the roughly 3.5-foot-tall ancient hominin with an unknown place on the human family tree was first discovered in Flores’ Liang Bua cave in 2003. “Archaeological evidence (mostly associated stone tools) suggests H. floresiensis lived at Liang Bua from at least 190,000 to 50,000 years ago,” making it “one of the latest-surviving humans along with Neanderthals, Denisovans and our own species H. sapiens,” according to the Australian Museum.


Gregory Forth, who’s spent decades doing fieldwork on Flores, argues H. floresiensis is still out there. In his new book, Between Ape and Human: An Anthropologist on the Trail of a Hidden Hominoid, out next month, Forth references 30 eyewitness accounts from the indigenous Lio of a hobbit-like human species living in Flores’ forests. “The best way to explain what they told me is that a non-sapiens hominin has survived on Flores to the present or very recent times,” Forth writes at the Scientist. In a book excerpt, he describes speaking with a man who claimed to have found the body of an elderly female hominoid with a human face and “well-formed” nose and a body covered in light-colored hair as “dense as a puppy dog’s,” with noticeable breasts and a very short tail.


Forth would argue it’s not so unbelievable to think that H. floresiensis could have survived for so long as bones uncovered at Flores’ Mata Menge site in 2014 are thought to belong to a population of the species that existed 700,000 ago. And it’s not known when the species went extinct. But other experts are incredulous. John Hawks, a paleoanthropologist at the University of Wisconsin, Madison, tells Live Science that there are 2 million people spread across Flores, which “has about the same area of Connecticut,” so the chance that a large primate population has survived mostly unobserved “is pretty close to zero.” Others speculate that accounts could stem from oral histories dating back to a time when modern humans and H. floresiensis may have overlapped. (Read more Homo floresiensis stories.)