HomeQatarArsenal's Mikel Arteta's tip that could make or break a wonderkid for...
Qatar 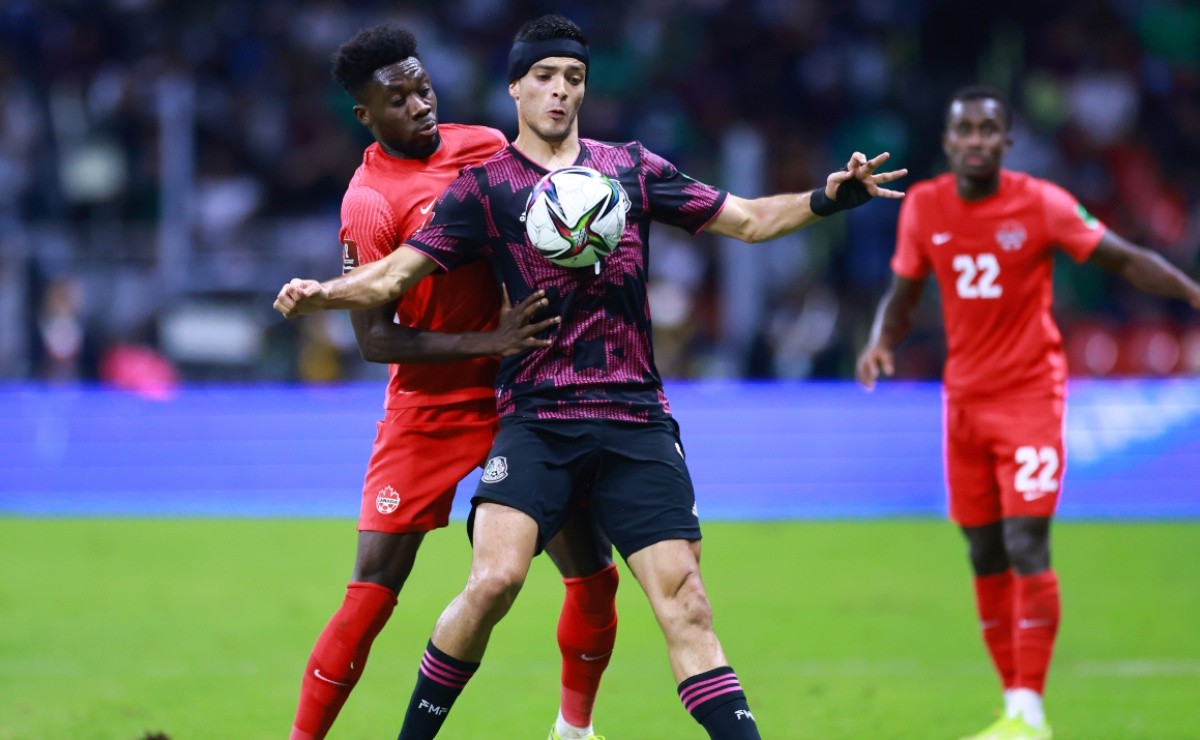 Mexico and Canada are fighting a tough battle that transcends the pitch and could have a direct impact on their chances of competing better in Qatar 2022, and that is for a talented young Arsenal player who can represent both teams. Incidentally the youngster’s coach, Mikel Arteta has offered him some advice that could influence his decision.

It is well known that promising young players are not plentiful in soccer. When a gem comes to the surface, it is key that the national team he may represent makes sure to secure him as soon as possible. The problem arises when, due to globalization, there are players capable of representing two countries, as in the case of Mexico and Canada, who are vying for an Arsenal talent.

With qualification to Qatar 2022 assured for both teams, both the Canadian and Mexican teams are clear that a competitive argument that can nurture their squads can make the difference in their respective groups at the upcoming FIFA World Cup.

Thus, at Arsenal, there is a youngster who is torn between choosing between having Raúl Jiménez, Hirving Lozano, Tecatito Corona and Guillermo Ochoa, or Alphonso Davies, Atiba Hutchinson, Cyle Larin and Stephen Eustaquio as teammates. And that is when the voice of his guide at the Gunners, Mikel Arteta, can guide him to make the best decision, and it seems he has already done so.

Who is the wonderkid that Mexico and Canada are fighting over for Qatar 2022?

Born in Ontario, Canada in 2003 to a Canadian mother of English descent and a Mexican father, Marcelo Flores is one of the Arsenal academy’s hottest prospects. Because of the multicultural environment in which he was born, he has the opportunity to play for Canada, Mexico and even England.

In 2019, he received an invitation to be part of England’s U16, however, he chose to play for Mexico’s under-15 category. With Canada he has been called up, and even attended a training camp for John Herdman’s team, who included him in the 60-player pre-list of his team prior to the Gold Cup 2021, but he was not part of the final squad.

In their quest to win him over, Mexico National Team urged Gerardo Tata Martino to call him up for a friendly match against Chile in December 2021, outside of FIFA time, in which Marcelo Flores played the final 7 minutes of the match. Flores is currently part of Arsenal’s U20 squad but has recently received calls up to the first team led by Mikel Arteta, with whom he has yet to make his debut.

It is no small thing to be able to choose between representing two nations. Especially when there is a FIFA World Cup on the horizon and both are qualified. When each of your parents has one of those nationalities. Faced with this complex scenario for an 18-year-old, Arsenal’s coach Mikel Arteta has spoken out to advise his player on which variable to take into account when deciding who to play for at national team level.

“Whatever I think really doesn’t matter. He needs to feel it himself and I’m sure he will make the right decision because it will come from his heart,” Arteta said when questioned, during the prematch Premier League press conference between Arsenal and Chelsea, about which National team Marcelo Flores should choose

Regarding Flores’ soccer development, which has led to him being called up for first-team games for the Gunners, Arteta said: “It was great to have him around. We had the opportunity to bring him into the team, he has been training with us regularly during the season. I think he’s developing very well, very well, he’s doing well with the Under-23s and it’s great to see him around and for him to start having good matchday experiences with the first team.“