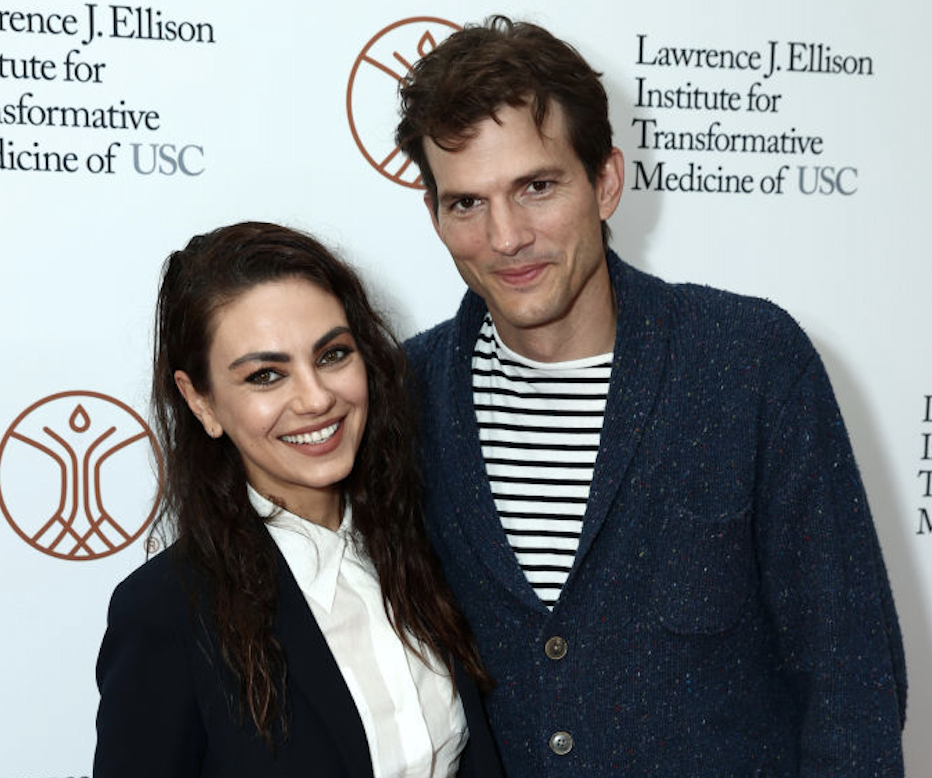 There’s no doubt who Ashton Kutcher is siding with following Russia’s invasion of Ukraine.

“I stand with Ukraine,” he tweeted Thursday.

He also retweeted an image of the Ukrainian flag.

Mila Kunis, Kutcher’s former That ’70s Show co-star and his wife since 2015, was born in Ukraine when it was still part of the former Soviet Union. Then, when she was 7, her family moved to the United States.

Kunis doesn’t use social media, and she hasn’t commented on the current situation, but over the years she has spoken about her time in the country.

In July 2016, she told Conan host Conan O’Brien how her parents said that the family was just moving to another place nearby rather than a whole other country.

“And then one day, we weren’t moving up the street,” Kunis recounted. “We were on a train, and I was like, ‘Whoa, we’re on a train. Where are we going?’ And then we got to Moscow and then we got on a plane, and all of that was very new to me. Like, a train was new. The plane was new. I had Coca-Cola for the first time. The entire experience was very new.”

Kunis, who has noted that she lost family members in the Holocaust, said such a move was not talked about with others.

“At that point, it was still, like, at the fall of communism, and we came [on] a refugee visa,” Kunis said. “It just wasn’t something you flaunted.”

It certainly wasn’t something you wanted a child to share.

The actress also has explained why they made the move.

“Nowadays, if you have money you think Moscow or wherever is great,” she told The Telegraph in September 2011. “But that’s not the reality of the Russia I grew up with. My parents both had amazing jobs, and I was very lucky. We were not poor when we lived in Russia, whereas most people were very unfortunate. My parents thought that my brother and I would have no future there, though, so we moved to the United States.”

However, their relocation meant that Kunis’s parents had to start over professionally. They entered the country with just $250.

“That was it. That was all we were allowed to take with us,” Kunis said. “My parents had given up good jobs and degrees, which were not transferable. We arrived in New York on a Wednesday and by Friday morning my brother and I were at school in L.A.”

Once the family arrived, her parents worked multiple jobs to provide for Kunis, who didn’t know English, and her brother.

“It must have been frightening because I blocked it out,” she said of her early days in America. “I don’t have any memories. Apparently, my parents tell me, I cried every morning and when I came back from school. When I wrote my essay for college, it was about imagining what it was like being blind and deaf at the age of seven, because that’s what it felt like.”

She and Kutcher now share two children of their own: daughter Wyatt, 7, and 5-year-old son Dimitri.