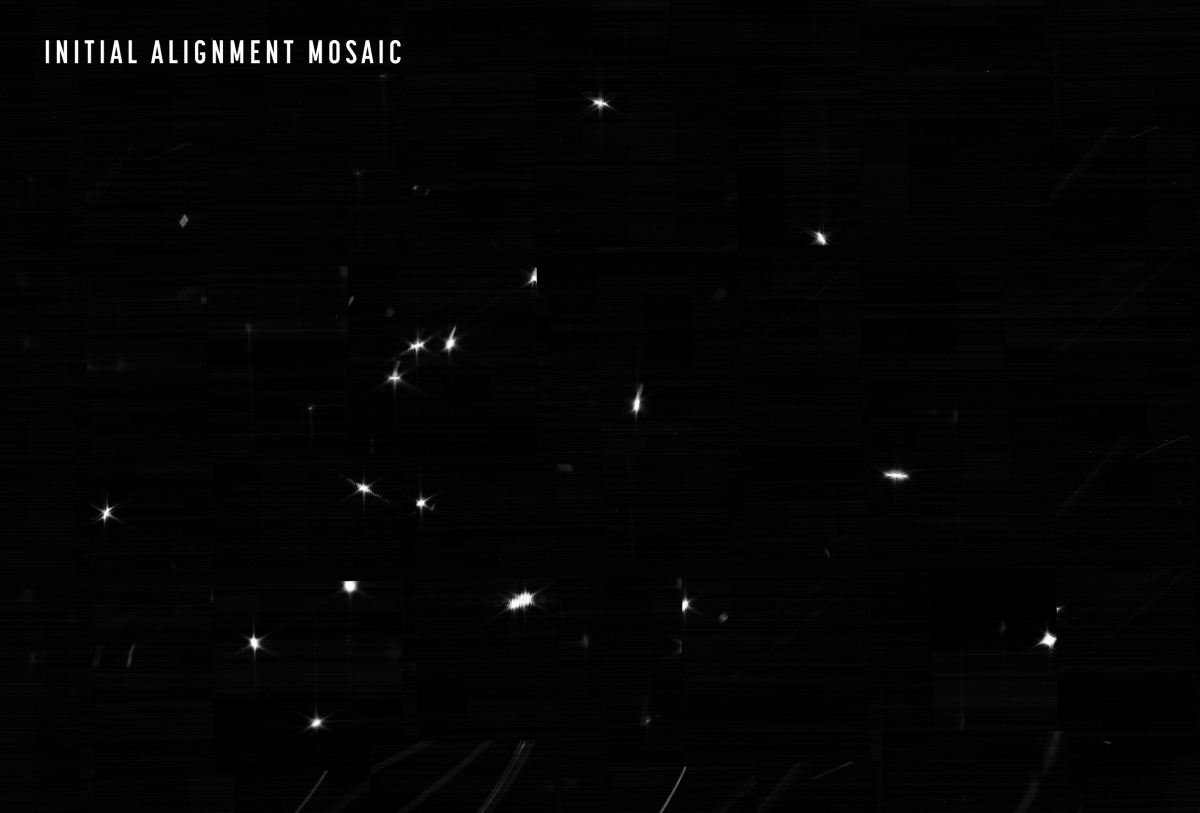 The wait is finally over.

The team behind NASA’s James Webb Space Telescope released some of the first images from the much-anticipated observatory on Friday (Feb. 11). The main photo, which doesn’t even hint at the power Webb will bring to the universe once it’s fully operational, shows a star called HD 84406 and is only a portion of the mosaic taken over 25 hours beginning on Feb. 2, during the ongoing process to align the observatory’s segmented mirror.

“The entire Webb team is ecstatic at how well the first steps of taking images and aligning the telescope are proceeding,” Marcia Rieke, principal investigator of the instrument that Webb relies on for the alignment procedure and an astronomer at the University of Arizona, said in a NASA statement.

JWST is now 48 days out from its Christmas Day launch and in the midst of a commissioning process expected to last about six months. The telescope spent the first month unfolding from its launch configuration and trekking out nearly 1 million miles (1.5 million kilometers) away from Earth.

During the bulk of the remaining time, scientists are focusing on waking and calibrating the observatory’s instruments and making the minute adjustments to the telescope’s 18 golden mirror segments that are necessary for crisp, clear images of the deep universe.

The process is going well, according to NASA.

“This initial search covered an area about the size of the full moon because the segment dots could potentially have been that spread out on the sky,” Marshall Perrin, the deputy telescope scientist for Webb and an astronomer at the Space Telescope Science Institute, said in the same statement. “Taking so much data right on the first day required all of Webb’s science operations and data processing systems here on Earth working smoothly with the observatory in space right from the start. And we found light from all 18 segments very near the center early in that search! This is a great starting point for mirror alignment.”

“The first images are going to be ugly,” Jane Rigby, Webb operations project scientist, said during a news conference held on Jan. 8 as the telescope began the process of unstowing its mirrors. “It is going to be blurry. We’ll [have] 18 of these little images all over the sky.”

And the photograph does indeed show multiple views of HD 84406, the star that JWST scientists recently announced they had chosen to look at first. “Star light, star bright … the first star Webb will see is HD 84406, a sun-like star about 260 light-years away,” NASA officials wrote on Twitter on Jan. 28.

HD 84406 is in the constellation Ursa Major, or Big Bear, but is not visible from Earth without a telescope. But it was a perfect early target for Webb because its brightness is steady and the observatory can always spot it, so launch or deployment delays wouldn’t affect the plan.

Oddly, JWST won’t be able to observe HD 84406 later in its tenure; once the telescope is focused, this star will be too bright to look at. Previously, JWST personnel have said that the telescope will be seeing fairly sharply by late April.

Even as the JWST works to hone its vision, a second key process is taking place in the background as the observatory sends the remaining heat from its time on Earth out into space. Because Webb is tuned to study the universe in infrared light, which also registers as heat, the observatory must be incredibly cold to obtain accurate data.

NASA scientists expect that the golden primary mirror will reach temperatures as low as minus 370 degrees Fahrenheit (minus 223 degrees Celsius or 50 degrees Kelvin); instruments must be even colder, according to an agency statement.

In addition to the image of HD 84406, NASA also shared a “selfie” image that the observatory took using a special lens targeting the observatory’s primary mirror to assist during the alignment process.

All told, scientists are thrilled about the observatory’s progress.

“Launching Webb to space was of course an exciting event, but for scientists and optical engineers, this is a pinnacle moment, when light from a star is successfully making its way through the system down onto a detector,” Michael McElwain, Webb observatory project scientist, NASA’s Goddard Space Flight Center said in the statement.