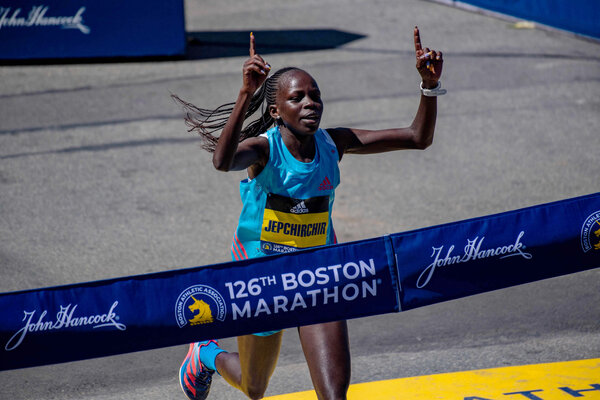 When Carleth Keys crossed the finish line this past October, she swore to herself she would never run the Boston Marathon again.

Yet six months later, Keys is back to run her second Boston Marathon and take on those punishing hills once again, feeling stronger, wiser and like she was just here.

“It was déjà vu,” she said, joking that even her children wanted to know, “Why are we doing this again?”

Keys, who is originally from Venezuela, was lured back by the promise of the crowds on Patriots’ Day, the marathon’s traditional spot, and became one of a number of runners accomplishing a feat unlike any other in the race’s 126-year history: running back-to-back Boston Marathons mere months apart.

Until the pandemic, the Boston Marathon was held in April of every year since 1897. After being canceled in 2020 — the first cancellation in its history — the race returned in 2021. But its comeback was unusual: It was held in October. It also featured a smaller field of runners, down to about 20,000 from the typical 30,000, which made qualifying for the race even more difficult. (Boston is the only major marathon that requires all participants who are not running for a charity to meet a standard, age-adjusted time.)

Kim Westfall, a student at the University of Illinois at Urbana-Champaign, said the October marathon felt like it was just yesterday. “I hadn’t even completely unpacked from the last race,” Westfall, 30, added.

For Amanda Raithel, a cattle ranch manager from Falls City, Neb., the October race worked better for her schedule in part because spring is the busy season when cows give birth. But after qualifying again for this year’s race — something she never thought possible after having only started running again a few years ago — Raithel couldn’t turn it down.

“Tomorrow is going to be very, very different. This race has so much history to it. It’s such a tradition being on Patriots’ Day,” Raithel said. “It will almost be a whole new experience.”

Ray Simpson is competing in his eighth Boston Marathon, including October’s event. That year didn’t feel normal, he said — it almost didn’t feel like a race at all. He was less nervous, there was less energy, the crowds were slightly thinner.

But this year, Boston is back. “I think there will be more buzz, more oomph,” said Simpson, 57, of Toronto.

Joyce Lee was running her sixth Boston Marathon. Last year, she served as a guide for a visually impaired runner, an experience that she said was hard to top. And though this year’s turnaround feels a bit too soon, Lee, 41, is grateful for the chance to compete in the race again, particularly on the 50th anniversary of women’s official inclusion in the event.

“We are reaping the benefits of all these women who broke the barriers,” Lee said. “We get to inspire other people to overcome their own self-doubts.”