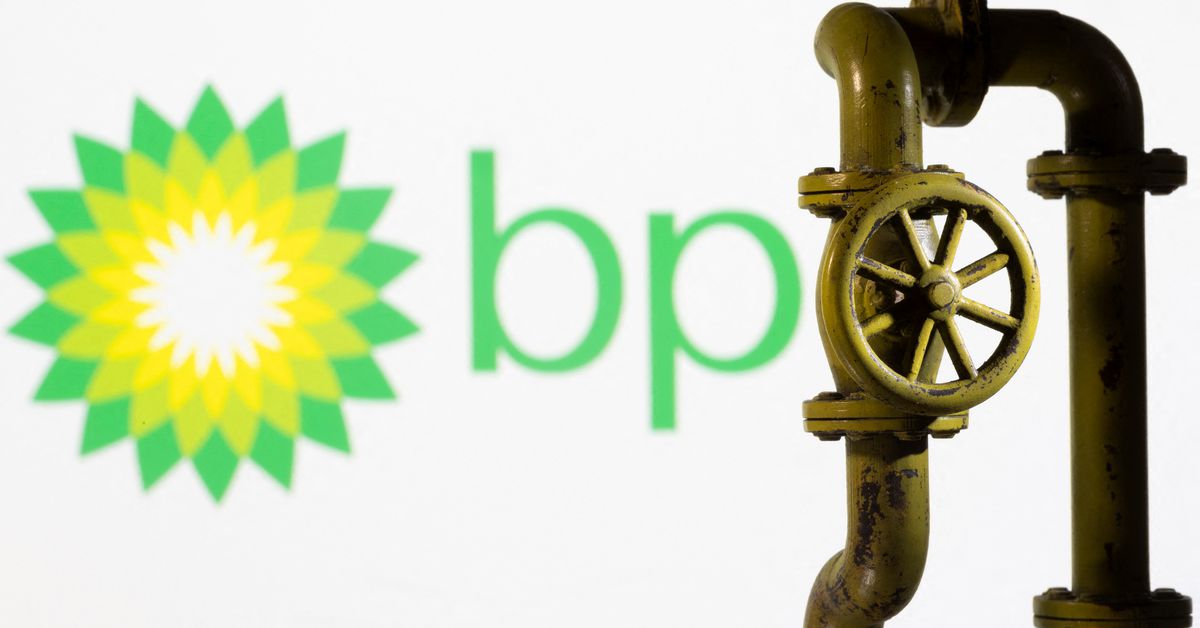 Feb 28 (Reuters) – BP opened a new front in the West’s campaign to isolate Russia’s economy by deciding to exit its Russian oil and gas investments, the most aggressive move yet by a company in response to Moscow’s invasion of Ukraine.

Western allies have ramped up efforts to punish Russia by closing airspace to Russian aircraft, shutting out some banks from the SWIFT financial network and limiting Moscow’s ability to deploy its $630 billion foreign reserves, all measures that are expected to hammer the economy. read more

The rouble plunged as much as 30% to an all-time low against the dollar on Monday, prompting the central bank to more than double its key interest rate to 20% to prop it up. read more

BP, Russia’s biggest foreign investor, said it was abandoning its stake in state controlled energy firm Rosneft (ROSN.MM) at a cost of up to $25 billion, cutting the British company’s oil and gas reserves in half. read more

The move puts a spotlight on other Western firms with operations in Russia, including BP’s rivals such as France’s TotalEnergies (TTEF.PA) and Britain’s Shell (SHEL.L), amid pressure from governments to tighten the financial screws on Moscow after it launched the biggest assault on a European country since World War Two. read more

Large parts of the Russian economy will be a no-go zone for Western banks and financial firms after the decision to cut some of its banks off from SWIFT, a secure messaging system used for trillions of dollars’ worth of transactions around the world.

Even neutral Switzerland will likely follow the EU in imposing sanctions on Russia and freezing Russian assets, its president said on Sunday. read more

Russians queued at ATMs over the weekend worried that sanctions would trigger cash shortages. read more

Western companies with exposure to Russia also took a knock. Shares fell in Societe Generale (SOGN.PA), the French bank that owns Russia’s Rosbank, and carmaker Renault (RENA.PA), which controls Russian carmaker Avtovaz. Finnair tumbled 21% after it withdrew guidance for 2022 due to the potential closure of Russian airspace. read more

The EU has banned Russian media outlets RT and Sputnik, while Canadian telecoms operators also stopped offering the RT channel. Google has barred RT and other Russian channels from receiving money for ads on websites, apps and YouTube videos, similar to a move by Facebook. read more

Canada said on Sunday it was investigating a violation of its airspace by Russian airline Aeroflot (AFLT.MM).

Asian aircraft lessor BOC Aviation (2588.HK) said EU sanctions requiring the termination of leases to Russian airlines by March 28 would affect most of its aircraft in Russia. Russia has 980 passenger jets in service, with 777 leased and 515 rented from foreign firms, analytics firm Cirium said.

The European Union’s internal market chief told the chief executives of Google-owner Alphabet (GOOGL.O) and its YouTube unit on Sunday to ban users pushing war propaganda as part of measures to halt disinformation on Ukraine.