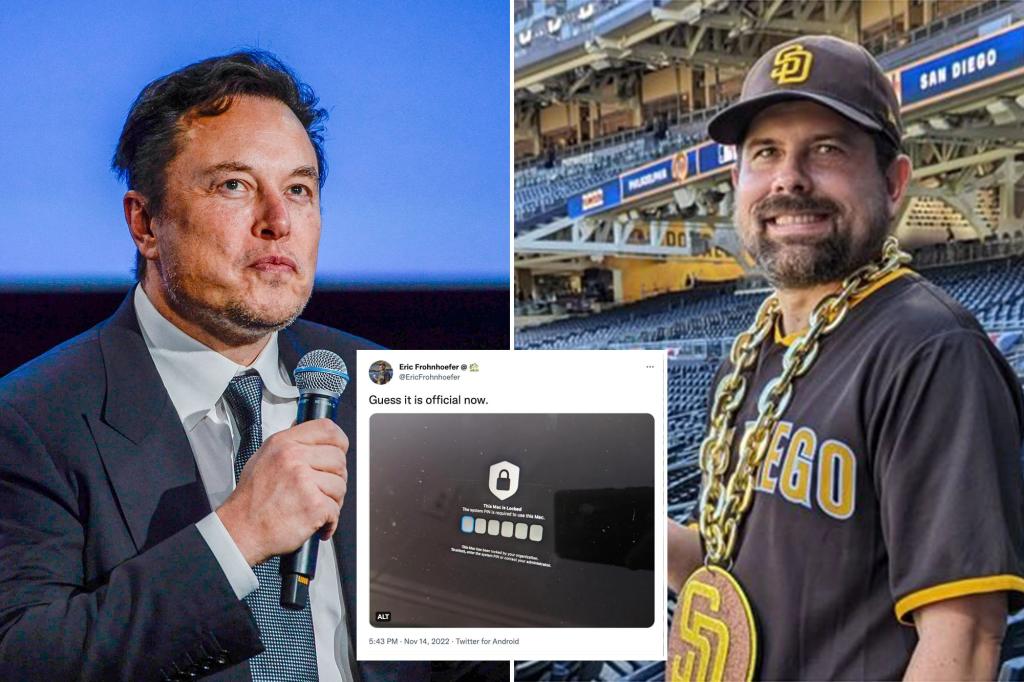 A Twitter employee who was fired by tweet after criticizing Elon Musk ripped the billionaire and his advisers as a “bunch of cowards” on Monday night.

Former Twitter software engineer Eric Frohnhoefer received a public pink slip afer he engaged in a war of words with Musk on the platform.

The dispute began after Musk tweeted an apology on Sunday “for Twitter being super slow in many countries” and attributed the problem to poor app function.

“I have spent ~6yrs working on Twitter for Android and can say this is wrong,” Frohnhoefer replied to Musk. His tweet has received more than 133,000 likes since it was posted.

“Then please correct me. What is the right number?” Musk responded. “Twitter is super slow on Android. What have you done to fix that?”

“I think there are three reasons the app is slow,” Frohnhoefer said. “First it’s bloated with features that get little usage. Second, we have accumulated years of tech debt as we have traded velocity and features over perf. Third, we spend a lot of time waiting for network responses.”

Musk did not respond to the thread, but later confirmed he had axed Frohnhoefer with a two-word tweet: “he’s fired.” The Twitter CEO has since deleted the post.

By Monday night, Frohnhoefer had posted a photo showing he had been locked out of his company laptop.

“Guess it is official now,” he added.

When reached by Forbes for comment, Frohnhoefer said he had received zero communication from Twitter about his firing before his computer was locked.

Frohnhoefer was fired despite surviving the initial round of layoffs Musk ordered earlier this month. Twitter cut about half of its 7,500-employee workforce as Musk aimed to trim costs at the struggling social media site.

Musk has also ended Twitter’s remote work policy and nixed free lunches that he claimed were costing the company $13 million per year.

Frohnhoefer had worked at Twitter for about eight years prior to his dismissal, according to his LinkedIn page. His role was listed as “staff software engineer.”

The ousted engineer told Forbes that Twitter has “gone downhill” since Musk took over the company in October.

“No one trusts anyone within the company anymore,” Frohnhoefer said. “How can you function? Employees don’t trust the new management. Management doesn’t trust the employees. How do you think you’re supposed to get anything done? That’s why there’s production freezes – you can’t merge code, you can’t turn things on without permission from VPs.”