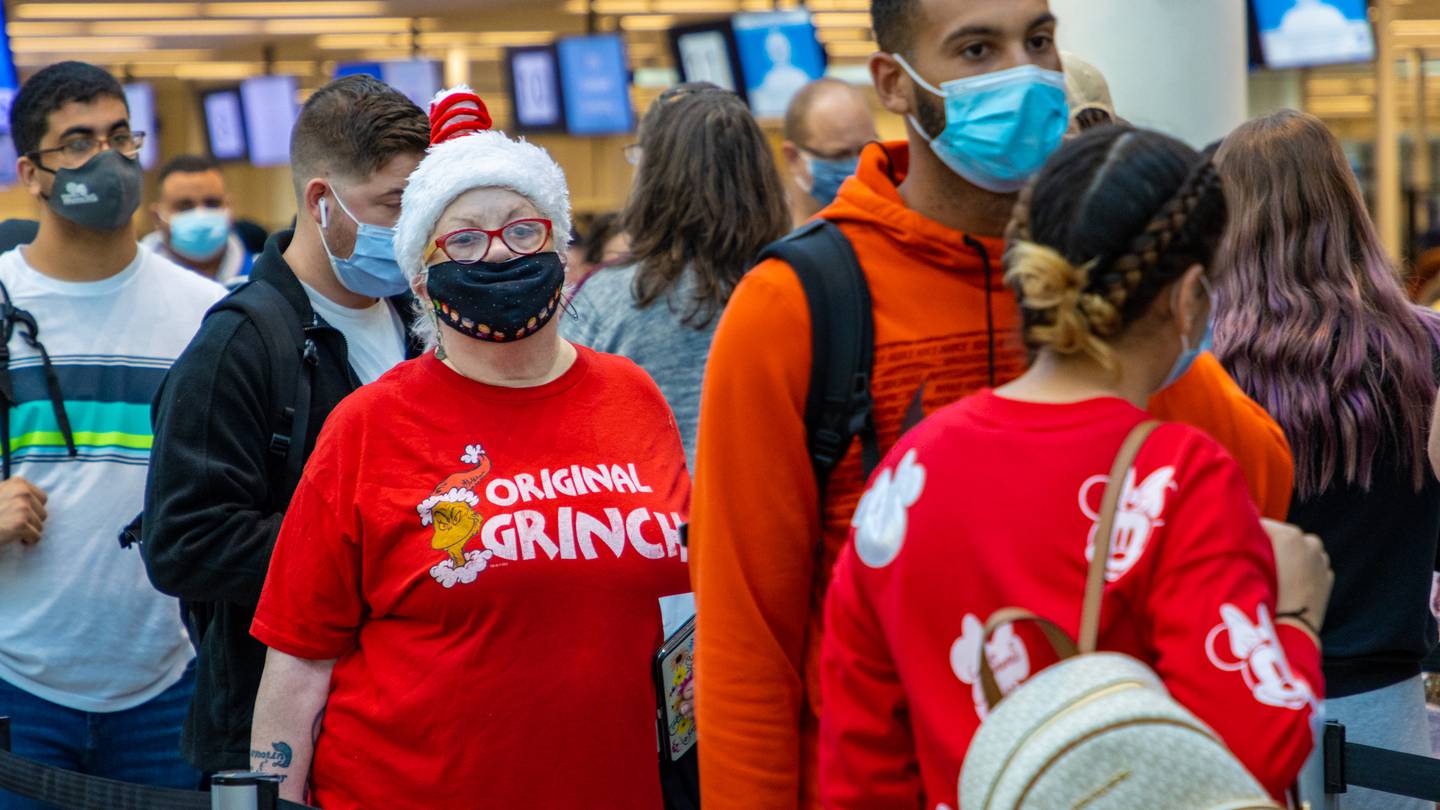 ATLANTA — Atlanta-based Delta Air Lines said flight cancelations will continue through the weekend after airlines across the country were forced to ground flights.

Delta had canceled 331 flight as of 11 a.m. Christmas Eve and another 300 are expected to be canceled Sunday.

Nearly 10% of all flights coming to and from Atlanta have been impacted.

The cancelations are across Delta, United, Jet Blue and Alaska airlines

Delta said a combination of issues forced the cancelations, including the impact of the omicron variant and bad weather in some parts of the country.

The airport was full of frustrated travelers trying to get out of town for the holidays.

Deborah Burris said her United flight was canceled Christmas Eve morning, leaving her and several others stranded and desperately trying to figure out their next move.

Burris was supposed to spend two weeks in Ghana, a special trip she and others had been planning for a year.

Burris said she heard the cancelation was due to COVID-19 staffing issues.

“The nationwide spike in omicron cases this week has had a direct impact on our flight crews and the people who run our operations,” United said in a statement. “As a result, we’ve unfortunately had to cancel some flights. We apologize to our customers for the delay in their holiday travel plans.”

Delta said in a statement that officials exhausted all of their options, including rerouting and substituting aircraft and crews to cover flights, before canceling flights.

On Sunday, travelers told Channel 2′s Elizabeth Rawlins that they were coming to the airport without knowing if and when their flight would get off the ground.

“We were notified two days ago that our flight was bumped. When we got bumped, we noticed that I was actually bumped to a totally different flight with a connection, so we were actually separated,” traveler Dayne Robinson said.