HomeEntertainmentCoachella 2022 – live: All the updates from day 2 as Billie...
Entertainment

Coachella 2022 – live: All the updates from day 2 as Billie Eilish praised for ‘unbelievable’ performance 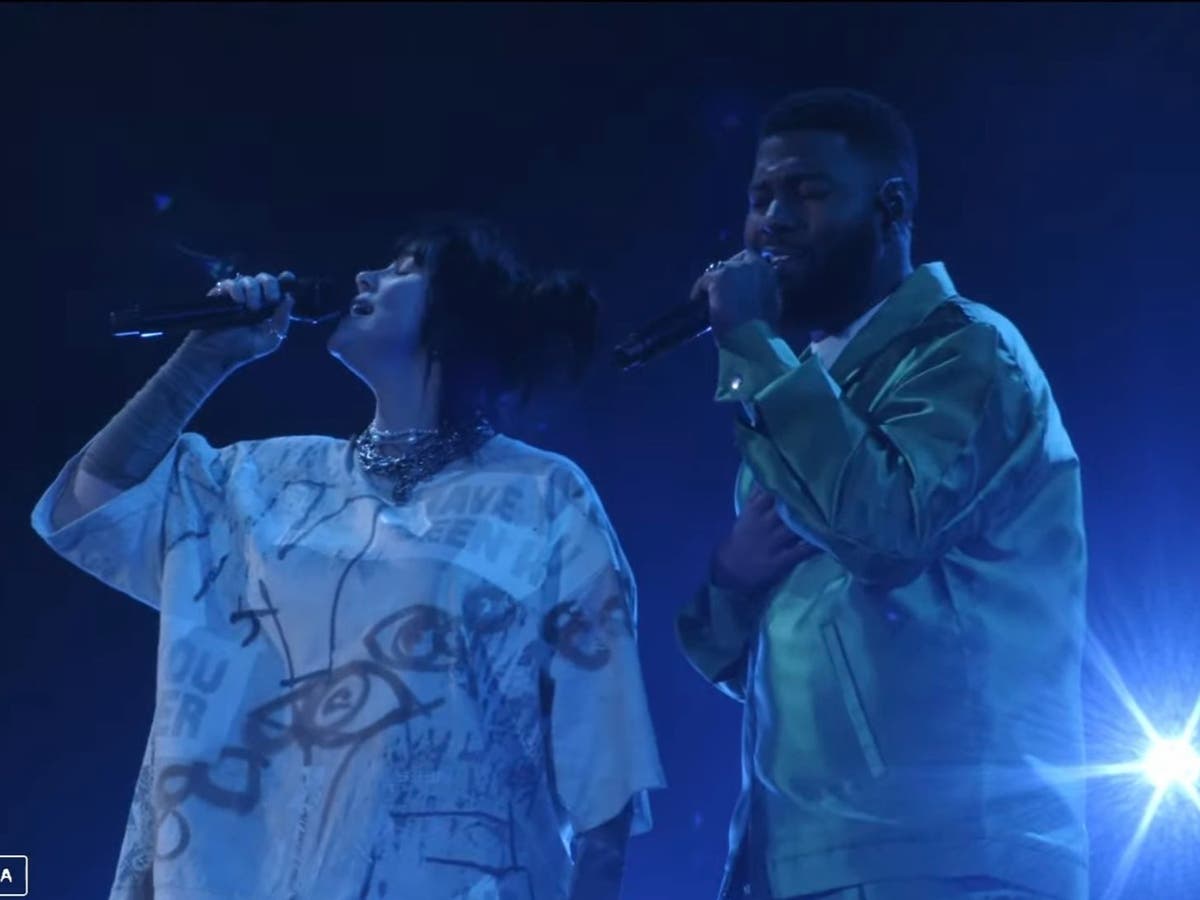 After a two-year absence, Coachella has made its highly anticipated return.

Located in Indio, California, the desert festival has gained popularity over the years for its glitzy Instagram-worthy dress code and major celebrity guest sightings.

The festival leads the pack when it comes to innovative lineups. Two of its top-billed artists (Harry Styles and Billie Eilish) are under 30, while further down the carefully curated bill you’ll find some of the buzziest new acts around – Koffee, Amyl and the Sniffers, Rina Sawayama – mingling with old school staples such as Spiritualized and The Avalanches.

Find all the updates from this year’s festival below

In one of the more amusing stories from day two of the festival, Billie Eilish’s fans were bemused as the singer welcomed Damon Albarn on stage.

When some viewers failing to recognise the Gorillaz frontman, he was mistakenly identified as Eilish’s dad – with some even thinking it was Elton John.

It was a mixed night for Brockhampton fans, who announced that their shows in California would be their “last ever”.

After the band left the stage following their performance, a pre-recorded clip of frontman Kevin Abstract talking to his bandmates flashed up. He has something to tell them, he says in the video.

Fans were devastated by the revelation, with one writing: “I listened to nothing but Brockhampton for like four years straight, I can’t believe they’re really leaving us like this.”

In case anyone needs a refresher – here’s how to watch Coachella if you’re one of the many who wasn’t lucky enough to attend in person.

(If you were lucky enough… what on earth are you doing reading this?)

The whole thing is live streamed on YouTube, giving music fans half a world away the chance to see some of these big acts perform remotely.

A lighthearted moment from the second night of the festival…

After joining Billie Eilish on stage for a rendition of her song “Getting Older”, Blur’s Damon Albarn appears to sing the wrong lyrics.

It was a little snafu that didn’t escape the attention of viewers, though judging by Eilish’s reaction the singer saw the funny side.

You can watch the clip here…

Danny Elfman’s set sounded like a lot of fun.

Spider-Man, Edward Scissorhands, The Simpsons… and just take a look at this backdrop!

Kind of blown away by how good the headline is on this one.

(But the rest of the piece is well worth a read too!)

Our full review of Megan Thee Stallion’s set from earlier, and it was something of a mixed bag for Leonie Cooper…

Chock-full of sex positivity and oh, so much twerking, the set was dulled a little by an overlong costume change and a complete lack of special guests.

We’ve had guest appearances, Billie-mania and even a showing for a classic TV cartoon theme.

Read all about it below…

As part of Kevin EG Perry’s Billie Eilish review, which will be shared here as soon as it’s live, he reflects on the singer-songwriter’s first Coachella outing, back when she was just 17.

“It was a set was blighted by technical mishaps: she arrived onstage over half an hour late, forgot some of the words to ‘All the Good Girls Go to Hell’ and, worst of all, brought out special guest Vince Staples for ‘&Burn’, only for his microphone to entirely fail to work and leave him rapping in silence.

“Still, she had fond memories of that weekend too. After all, it was backstage here in Indio that Eilish met her teen idol Justin Bieber. In footage captured for RJ Cutler’s 2021 documentary Billie Eilish: The World’s a Little Blurry, the pair meet and embrace for the first time.

“Eilish had grown up worshipping the Canadian singer, who is eight years her senior, and the moment marked a sort of emotional crossing of the Rubicon for Eilish as she was quite literally welcomed into the world of pop superstardom by the icon she’d deified.”