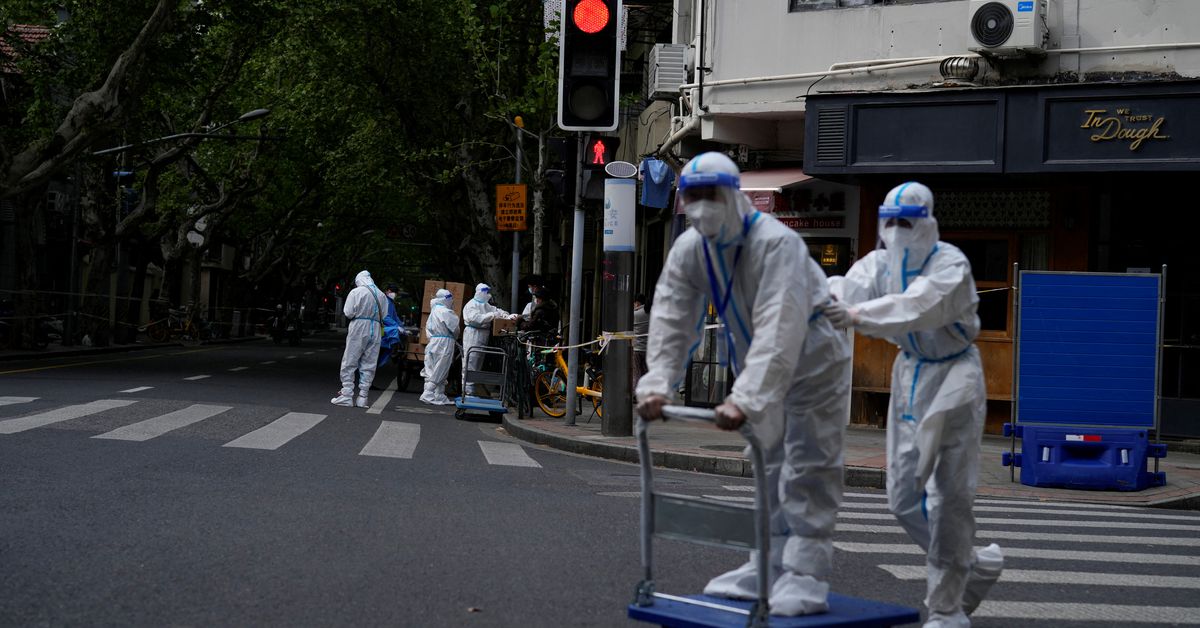 SHANGHAI, April 18 (Reuters) – The tensions of lockdown have exposed divisions among Shanghai residents, pitting young against old, locals against outsiders, and above all, COVID-negative against COVID-positive people.

Shanghai’s 25 million people, most of whom live in apartment blocks, have forged new communal bonds during the city’s coronavirus outbreak, through barter and group buying and setting up food-sharing stations.

But with no end in sight to a lockdown that for some has lasted four weeks, frustrations are also mounting behind the shuttered gates of the city’s tower blocks, often playing out within WeChat message groups.

In one, conflict erupted when a woman who had been taken to centralised quarantine – where she tested negative – accused her neighbour of reporting her to authorities.

It is not unusual for test results to be shared and positive cases announced in building WeChat groups, as authorities try to get to grips with China’s largest outbreak since the virus was first identified in Wuhan in late 2019.

One U.S. citizen was told she would be sent to a quarantine centre after results from a mixed test, including hers, came back positive last week, sparking panic. Three others whose samples were in the batch were taken to quarantine, but her own at-home tests continued to be negative.

Older residents, more vulnerable to COVID-19, have also been more likely to call for the immediate expulsion of positive cases from their compound.

“Because of the media’s exaggeration about the disease, and since old people have weaker immune systems, they are more afraid of the virus than young people,” said one resident who had seen this happen.

Another foreign resident, who only wanted to be identified as Alexy, was suspected by neighbours of being COVID-positive when his test result failed to upload to his health app.

His building’s management tried to block his family’s food deliveries unless they shared home test results with the rest of the residents – a demand that several Shanghai residents have said is widespread and violates privacy.

“They have no guidelines and CDC (Center for Disease Control) services are overwhelmed,” he said. “They felt invested with the most important mission of their life, being able to play doctor, policeman and judge at the same time.”

Some people were refused entry into their homes and ordered to stay in hotels after release from central quarantine, violating state guidelines.

Another foreign resident who tested positive said she was confined in her apartment rather than sent to central quarantine, much to the chagrin of her neighbours, who asked her to leave, tried to exclude her from group grocery orders and even demanded she make a formal apology.

One neighbour called her “foreign trash” while another spread lies about her mental health, and the residential committee was no help, she said.

“I saw screenshots of them telling the residents to continue calling to get me out,” she said, adding that she would move out as soon as she could.