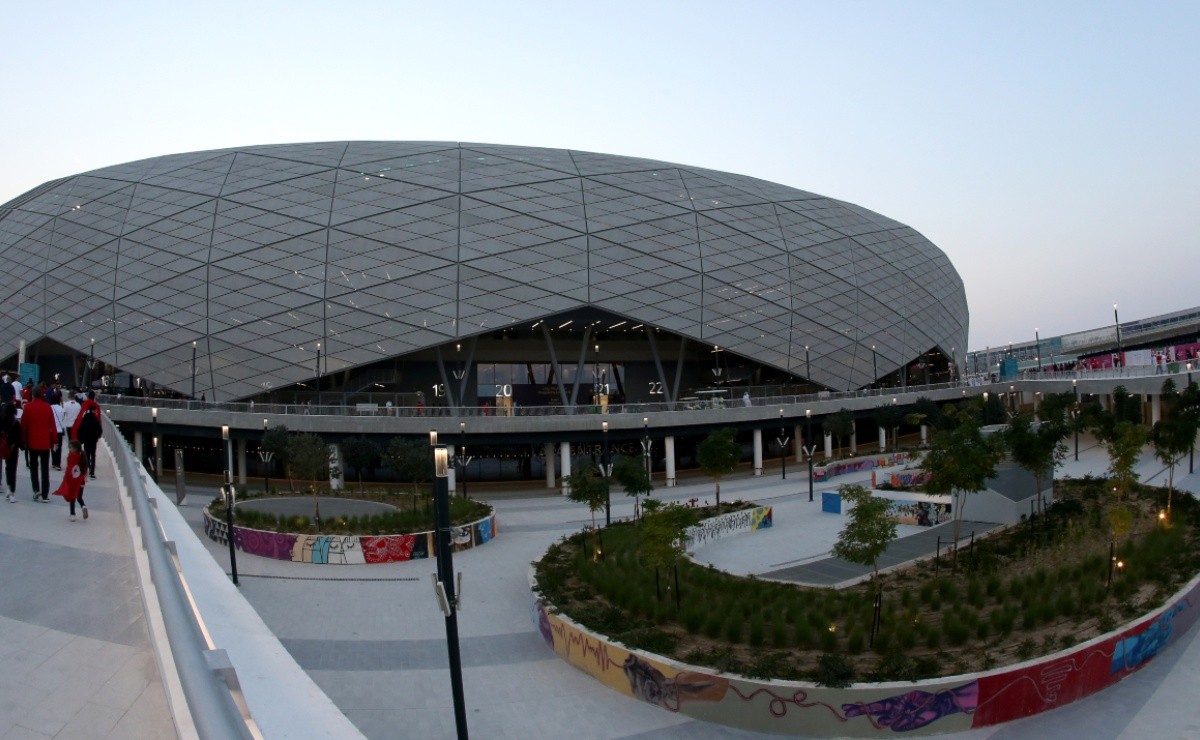 Usually, the experience of the lucky fans who attend a FIFA World Cup does not include seeing and attending at least one match in each of the stadiums that serve as venues. However, Qatar 2022 will innovate in this regard and open up that possibility.

With distances that are truly derisory compared to those of, for example, the last edition of the World Cup in Russia 2018, Qatar 2022 offers the possibility of attending up to two matches per matchday in different stadiums, but above all, without the need to use high-caliber transportation such as an airplane.

In order to deliver this result to FIFA and soccer fans, the host country of the World Cup drew on education, science and technology to find out where and how to build its 8 stadiums. One of them perfectly reflects the environmental, sustainable and modern spirit of Qatar 2022: the Educational City Stadium.

In the early 1990s, specifically in 1995, the Qatar Foundation for Education, Science and Community Development was created as a non-profit organization, an initiative of the then Emir Hamad bin Khalifa Al Thani and his wife Moza bint Nasser. Its purpose is to promote the development of the nation based on education as the main pillar of the Qatari growth as a country.

One of its first initiatives was the creation of a complex covering more than 12 square kilometers, the Education City. The name gave full disclosure of the project’s intentions, which sought to attract prestigious universities from around the world to establish a campus in the host country of the upcoming FIFA World Cup.

Education City was built from 1997 to 2003. Currently, six universities in the United States, one in England and one in France have official campuses there. Science, technology and development are what is built in its spaces on a daily basis, pillars that have undoubtedly boosted Qatar’s development.

So when it was decided that the 22nd edition of the FIFA World Cup would be known as Qatar 2022, it was natural to think that one of the stadiums would be in this area. From 2015 to 2020, the Education City Stadium was built in the heart of this development.

Education City Stadium: the diamond in the desert of Qatar 2022

It is not a rhetorical device to call this venue this way, it is known colloquially due to multiple factors that make it one of the most precious jewels that Qatar 2022 will offer to the immense community of soccer fans that will gather in their lands from November 21 to December 18.

Since its construction, the Education City Stadium began to show signs of refinement, evolution and technology. A 17-meter deep excavation was made so that the field could be at sea level and thus provide a cooler natural temperature. An anecdote is the fact that during its construction, stones from 20 to 30 million years ago were found.

Being surrounded by university campuses and research centers endowed Education City Stadium with wisdom. Thus, of the total materials used in its construction, 55 percent come from sustainable sources and 28 percent are recycled.

The façade is formed by triangles, which when assembled together take the shape of diamonds, which have the particularity of giving the sensation of changing color as the sun changes its position in the sky. An authentic visual spectacle that during the night does not end, because it is complemented with artificial illumination that again enamors the sight of anyone who stands in front of it.

The Education City Stadium is surrounded by green areas, golf courses and soccer fields for training purposes. Located in the town of Al Rayyan, it is just 7 kilometers from downtown Doha. It is easily accessible by taking the green metro line and getting off at the Education City station. There are also trails to reach it by bicycle. The main objective is to avoid the saturation of cars on FIFA World Cup match days.

What will be the capacity of the Education City Stadium for Qatar 2022 matches?

Inaugurated in June 2020, this stadium has a capacity to receive up to 40,000 spectators, who will enjoy the FIFA World Cup matches in a unique way, as the geometric shape of the stadium was designed to bring the fans as close as possible to the field to detonate their emotions even more.

Fair is to add that like the vast majority of the stadiums at the upcoming FIFA World Cup, Education City Stadium will be remodeled after this prestigious tournament in order to reduce its capacity to just over half. The seats and materials will be donated to other nations and the freed-up space will be used to house the offices of non-governmental organizations focused on the promotion and development of sport in Qatar. The remain side of the stadium will be the home of the Qatar Women’s National Team.

What Qatar 2022 matches will be held at the Education City Stadium?

This illustrious venue will host 8 matches of the upcoming FIFA World Cup Qatar 2022. Two of them will correspond to the knockout stage, specifically, one will be during the Round of 16 and the remaining one in the Quarter Finals. The first 6 are part of the Group Stage duels.

Nintendo Releases Update For Switch (Version 14.1.2), Here Are The Details