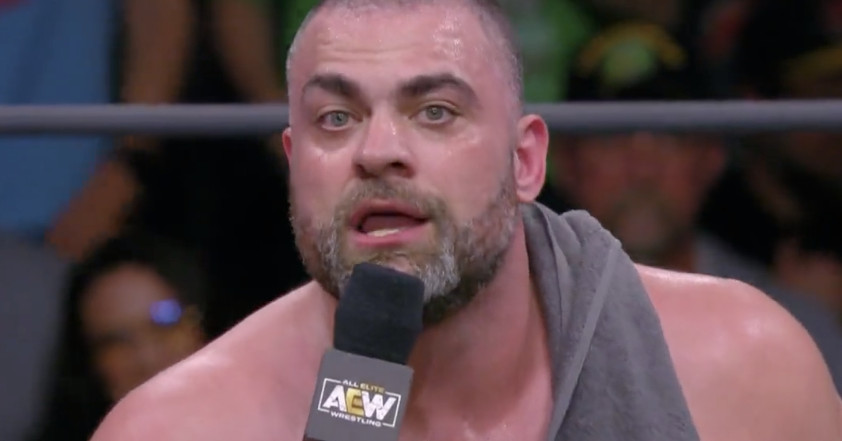 Eddie Kingston’s dream weekend continued tonight (Nov. 19) on the “Zero Hour” pre-show for AEW Full Gear. Eddie’s been talking about taking on one of his heroes, Jun Akiyama — a key player from All Japan Pro-Wrestling in the 1990s, where the King’s Road style Kingston revers was perfected, for years.

Last night on Rampage, he & Ortiz lost to Akiyama and the newly signed Konosuke Takeshita. Tony Khan gave Eddie the singles match he wanted before the PPV, and the two men delivered a good match with an emotional finish as the Mad King survived the best the veteran had to offer, delivering his backfist finisher twice to earn a victory.

The Yonkers native was emotional, making it clear how much the moment meant to him. He and Akiyama exchanged gestures of respect.

Then Kingston got a time check, and thanked the fans, Akiyama & the Japanese stars who inspired him to become a pro wrestler. He also delivered the best PPV sell I’ve ever heard:

Get complete Full Gear results and coverage of the entire show here.