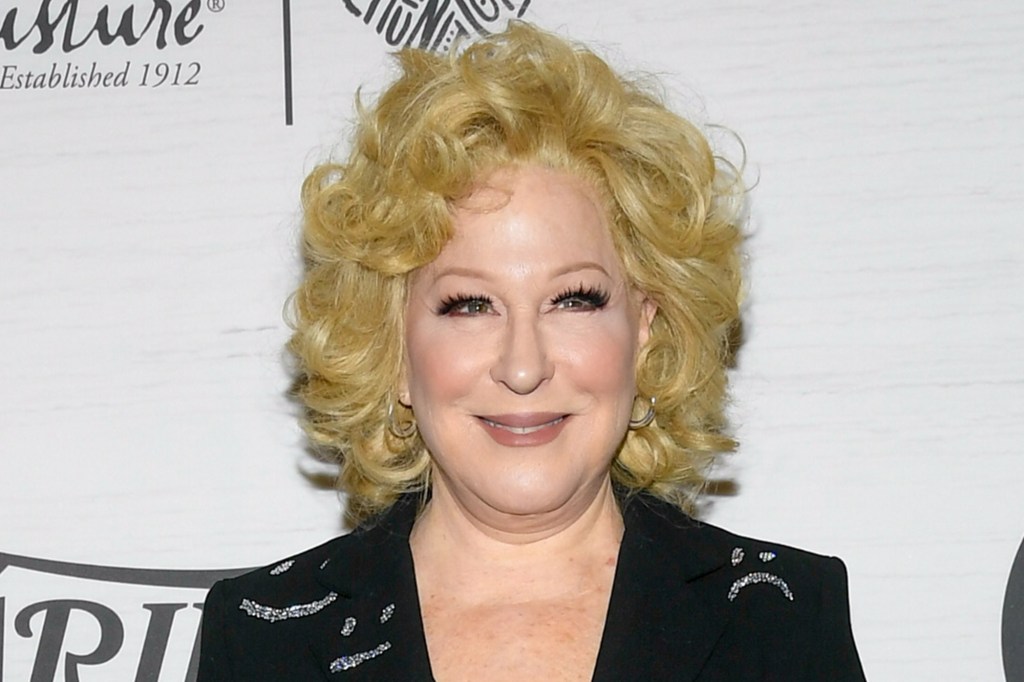 Bette Midler ought to try reading a book. To the uninitiated, books are these things made of paper that have words printed on them. Hard words, not just pictures. Stuff that illiterates — some of whom live in lazy, superior, effete, privileged Tinseltown — might hire underlings to decipher for them.

The Not-So Divine Miss M, 76, would learn that in 1861, the proud people living in the western part of Virginia voted to tear off from the slave-owning state to form a Union state, many of whose citizens fought and died in the Civil War to end the scourge of people-owning.

Yes, West Virginia, which Bette slimed in a tweet Monday as containing “poor, illiterate and strung out” toothless folks, isn’t completely populated by insect-eating meth heads and grinning imbeciles. It has a generous share of rugged individualists such as Joe Manchin, 74, the Democratic senator who enraged the Hollywood Harpie and various insufferable elites by voting down the president’s multitrillion-dollar Build Back Better wild spending spree.

Manchin also earned the wrath of entitled progressives such as New York Rep. Alexandria Ocasio-Cortez, who threatened political vengeance against senators with whom she disagrees, making sure to trash them as sexist goons.

“What we really need to do is crack down on the Senate, which operates like an old boys’ club that has a couple of gals in it that have managed to break through,” AOC, 32, railed on MSNBC Monday.

She recklessly accused Manchin of being sneaky.

“The Senate adjourned on Friday,” she said on Fox News Channel. “And then he waited until everyone was on vacation to say, ‘No, I’m not going to vote for this.’ He waited until there was a moment of minimal pressure. . . . This is a very calculated timing.”

These aggravating East and West Coast snobs haven’t got a clue about the will of the people who live in distant ZIP codes. They write off a Southerner who rejects their egregious spending plan as an ignorant redneck unfit to share their air space, let alone make public policy.

But in the year I lived and worked in the Mountain State, I was pleased to discover that indoor plumbing is actually widely available. So are multiroom schoolhouses and universities, restaurants that serve food other than roadkill and leisure activities, including skiing on snow and water, not mud.

All this has nothing to do with the national scourges of poverty and failing schools, Bette. Nor does it relate to the widespread crisis of crack, opioids and methamphetamine, all of which Bette seems to blame for the sensibly thought-out decision to reject the plan to spend, spend, spend.

Manchin didn’t nix the crazy initiative out of stupidity, lack of funds or a drug hangover, as Bette insinuated. He dared to defy bullies on the left who threaten to destroy the fragile economy of not only his home state but the entire nation.

Manchin said on Fox News that he couldn’t support the legislation because of the effects it would have on inflation and the $29 trillion national debt, as well as the surge of Omicron cases in the United States.

“I’ve always said this,” he told host Bret Baier, “if I can’t go home and explain it to the people of West Virginia, I can’t vote for it. And I cannot vote to continue with this piece of legislation. I just can’t.”

Of course, a backlash ensued against Midler’s out-of-touch and insulting words, with one online commenter calling the entertainer’s tweet “a simple reminder of how the ‘elite’ feel about normal Americans.”

Bette issued an apology “to the good people of WVA” for her “outburst.”

“I’m just seeing red; #JoeManchin and his whole family are a criminal enterprise,” she tweeted, asking if he is “really the best WV has to offer its own citizens.”

Bette Midler and her ilk think it’s acceptable to fling stereotypes and insults at a vast number of Americans who don’t see the world through their leftist lens. All she’s accomplished is further widening the divide between the left and the right, between ordinary people and the rich and fabulous who believe throwing around obscene amounts of other people’s money is a virtue.

She needs to go home and hit the books. Right now.