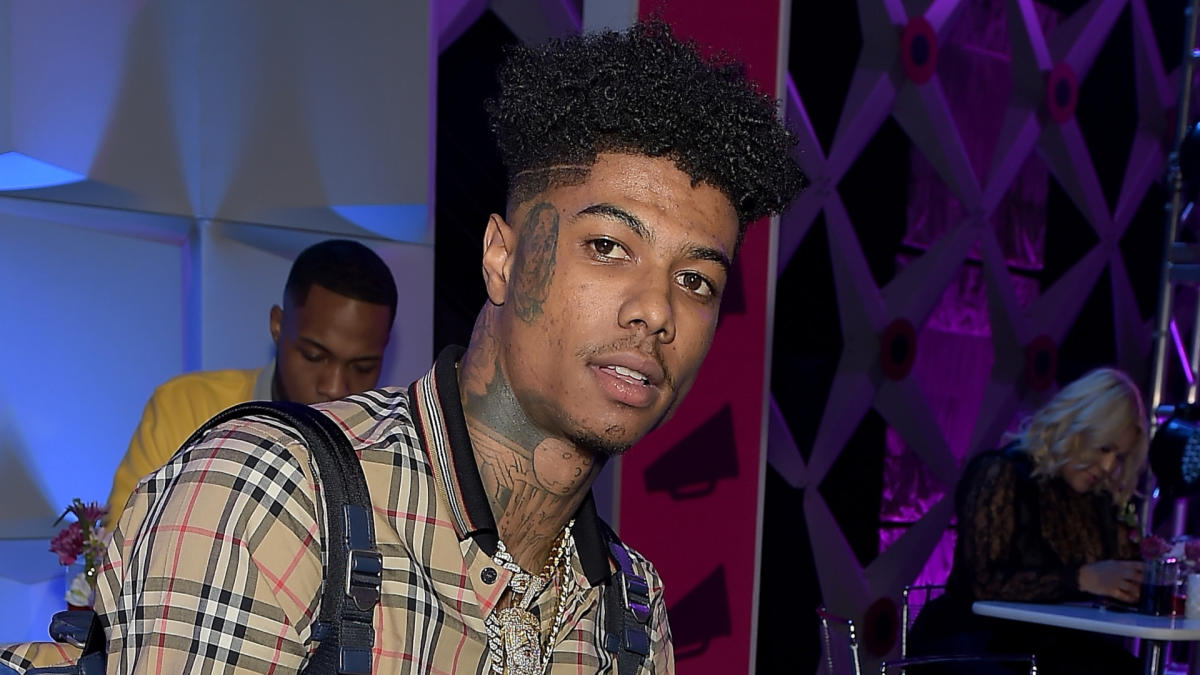 Blueface has been arrested in Las Vegas for attempted murder.

TMZ reports that the “Thotiana” rapper, 25, was arrested outside of Lo-Lo’s Chicken & Waffles in Sin City Tuesday afternoon in what appears to be an undercover operation. Between 6-8 officers were spotted swarming down on the Los Angeles native, exiting unmarked cars to apprehend the controversial artist.

Chrisean Rock, the rapper’s girlfriend, was also present during the bust, looking bewildered as her beau was cuffed and taken away.

Officers present during the arrest told the tabloid that they were executing a warrant, with court documents indicating that Blueface, born Johnathan Porter, is facing the disturbing charge of felony attempted murder with the use of a deadly firearm or tear gas.

He has also been charged with discharging a gun into a house, building, vehicle or craft based on an incident that occurred Oct. 8.