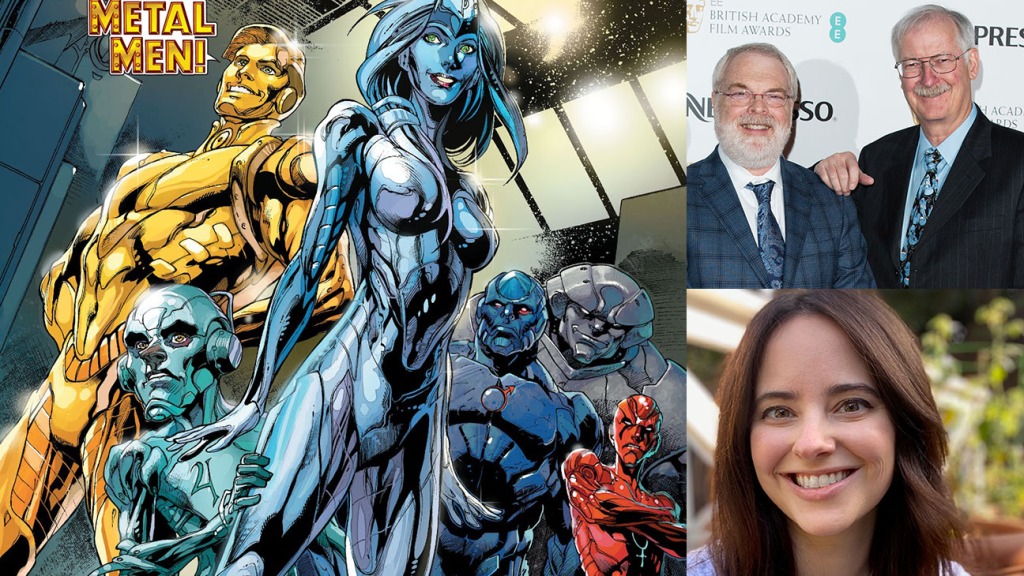 Animation legends Ron Clements and John Musker, the acclaimed team that spent decades at Disney making movies such as The Little Mermaid, Aladdin and The Princess and the Frog, are heading to DC.

The duo have teamed up with Celeste Ballard, a writer who worked on Space Jam: A New Legacy, to tackle an animated feature on The Metal Men. Warner Animation Group is the home of the project, which is based on the longtime DC property.

Clements and Musker are producing and have written the treatment for the project, which they are eyeing to direct.

Craig Peck is executive producing. Alison Abbate, the former producer (The Iron Giant, The Corpse Bride) and now head of WAG, is shepherding the project for the studio.

Based on DC Comics heroes created by Robert Kanigher and Ross Andru in 1962, the concept revolves around a brilliant scientist, William Magnus, and his creations: six highly advanced robots who have powers and personalities associated with their respective metals — gold, iron, lead, tin, mercury and platinum.

The group had its own title in the 1960s and then made frequent appearances throughout the DC Universe in the ensuing decades. The stories have vacillated in tone from comedic to somber, with the group at times being on the run from government agents or even being robot assassins. The group sometimes incorporated a whole periodic table’s worth of metal elements as new characters.

The heroes made appearances in various animated series in the 1990s and 2000s, with Warners in the aughts trying to develop live-action takes that involved, at various points, X-Men producer Lauren Shuler Donner, writer and executive Geoff Johns and Men In Black filmmaker Barry Sonnenfeld.

Details of the new take were not revealed but the medium of animation and Ballard’s work on Space Jam may point to a direction. Ballard — repped by WME, Kaplan/Perrone Entertainment and Hansen Jacobson — also worked on the TBS comedy Wrecked and MTV’s Sweet Vicious, with both featuring whip-snap and irreverent humor.

Clements and Musker’s vast work has seen them act as writers, directors and producers on some of the biggest and most influential Disney movies of all time, some featuring now-iconic princesses and song numbers, and have seen the transition of 2D to CG animation. On their curriculum vitae are the back-to-back hit of 1989’s Little Mermaid and 1992’s Aladdin, movies that led to the great Disney comeback in the 1990s. They were also behind 1997’s Hercules, 2002’s Treasure Planet, 2009’s The Princess and the Frog and 2016’s Moana, the latter two part of the great Disney revival.

The involvement of the longtime pros is a coup for WAG, which is still in the fledgling stage of its animation output. The Warners unit will be leaning more heavily on the DC brand as it grows and next up has DC League of Super Pets hitting theaters in May 2022.