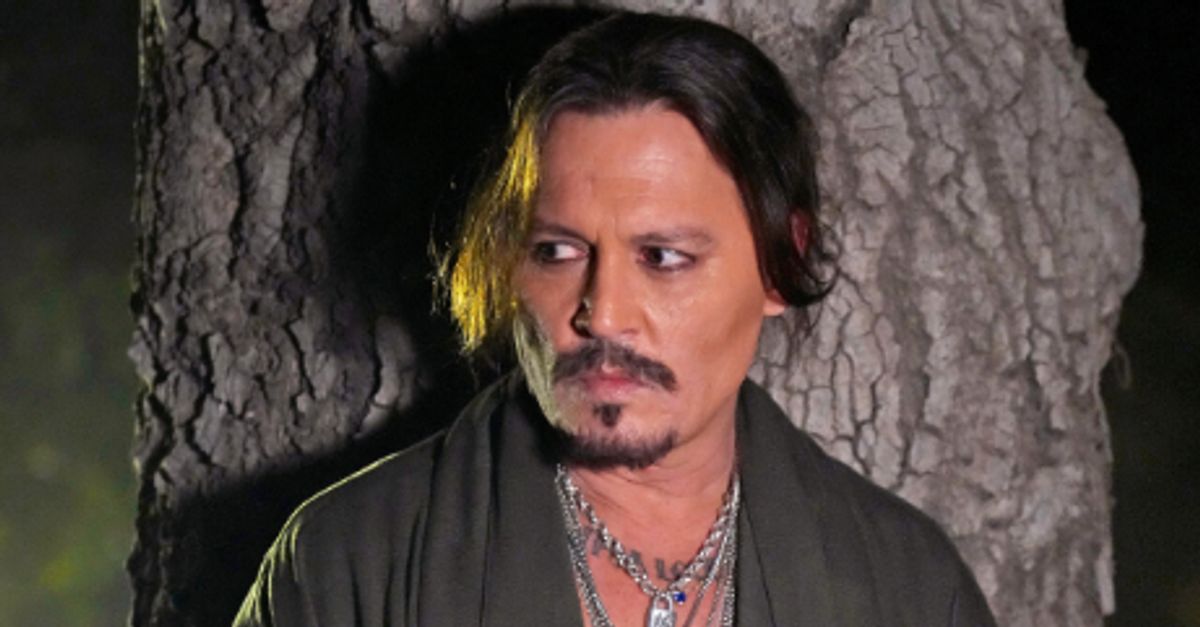 On Wednesday, the “Pirates of the Caribbean” actor took to social media to tease his appearance in the singer’s latest annual fashion show. This event marked Rihanna’s fourth fashion experience on Amazon Prime since 2019.

In his Instagram reel that has already garnered over 9.5 million views, Depp is posing against technicolor lights as he models sunglasses, a partially revealing button-down shirt and an array of silver chain necklaces.

“Thank you @badgalriri #SAVAGEFENTYSHOW Vol.4 Out Now @primevideo,” he captioned the post.

During his 40-second appearance in “Savage X Fenty Vol. 4,” Depp — who made history as the first male celebrity to “star” in a Savage X Fenty show, per Variety and TMZ — strutted along the catwalk modeling Rihanna’s latest menswear collection to the tune of Outkast’s “So Fresh, So Clean.”

With his hair pulled back in a ponytail and wearing his signature layered necklaces, the longtime actor sauntered through a dark forest as fog machines billowed. A group of dancers joined him, and the Golden Globe winner hugged a tree at the end of his cameo.

Just days before the event, HuffPost confirmed that he would be making his first major in-person appearance at the event following his public court battle with ex-wife Amber Heard.

Rihanna’s move to include Depp in her show sparked an onslaught of mixed reviews across Twitter.

“Rihanna can’t be serious? With all these beautiful and unproblematic men in Hollywood, and Johnny Depp is the one that appeals to you the most?” one user wrote.

Others defended the Grammy winner, with one commenting that “she can have whoever she wants in her own show.”

Earlier this year, a Virginia jury awarded Depp $15 million in damages in his defamation trial against Heard, who accused him of domestic violence and sexual assault.

Jurors also awarded Heard, who still maintains that Depp abused her, $2 million in compensatory damages in a countersuit against the actor.

The case against Heard centered on a 2018 Washington Post op-ed in which she alleged that she was a victim of domestic abuse while married to Depp.

The op-ed ultimately led Depp to file a defamation lawsuit against her over damages to his career following the story being published.

In a pre-recorded segment, the actor showed up virtually, with his face superimposed onto the VMA’s Moonman, during the unexpected moment at the Prudential Center arena in Newark, New Jersey, in August.

That moment drew mixed reviews, particularly from Heard’s sister, Whitney Heard, who slammed the network as “disgusting and clearly desperate” at the time.