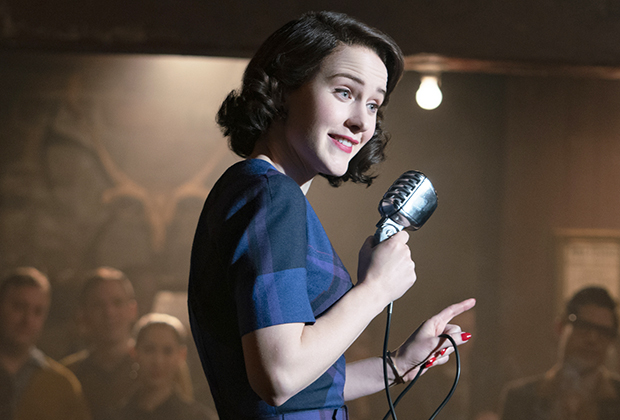 At long last, The Marvelous Mrs. Maisel is ready for her next set.

After more than two years, the Prime Video comedy series will be back for Season 4 on Friday, Feb. 18, the streaming service announced Tuesday. For the first time in Mrs. Maisel‘s run, episodes will drop on a weekly basis instead of a binge-release rollout, with two new installments becoming available every Friday for four consecutive weeks.

Last we saw Rachel Brosnahan’s Midge — way back in December 2019 — she had lost both her spot on Shy Baldwin’s tour (for speaking too frankly about his sexuality during her set) and her apartment (as a result of Susie’s gambling problem). In a newly released teaser for the upcoming season (embedded above), Midge asserts that she’ll only perform again if she can be the headlining act instead of the opener… but Susie isn’t so sure that’s possible for her client.

“It’s 1960 and change is in the air,” the Season 4 logline reads. “Looking to hone her act, Midge finds a gig with total creative freedom. But her commitment to her craft — and the places it takes her — creates a rift between her and the family and friends around her.”

Ready for more Maisel? Watch the new teaser above, then hit the comments with your hopes for the new season!