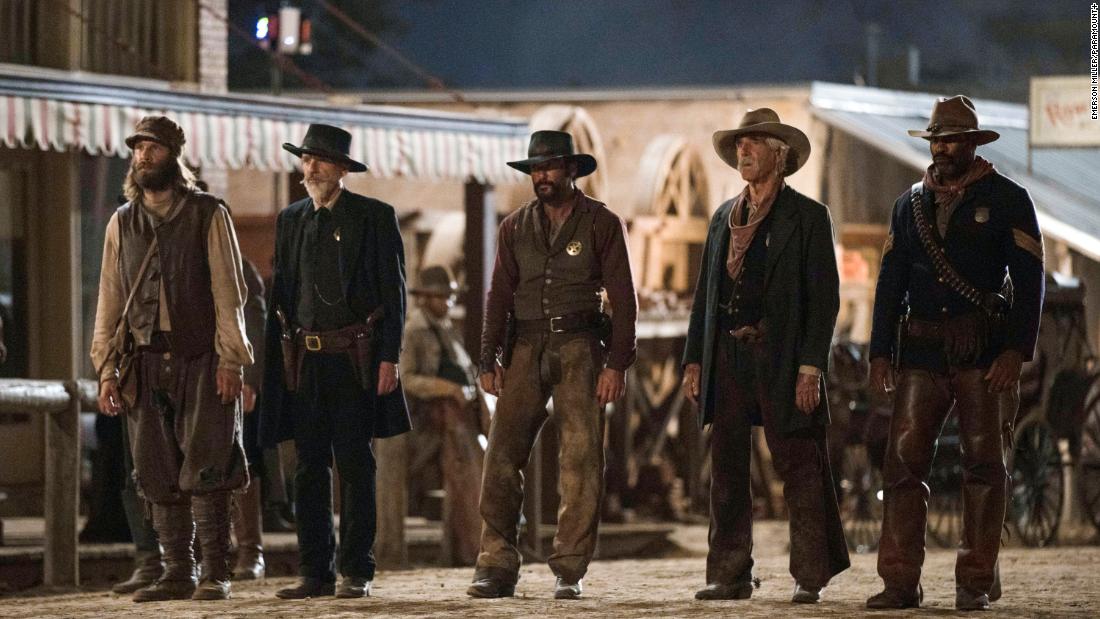 The Oscar winner appeared on the second episode of the Paramount+ show with Tim McGraw.

As it turns out, McGraw is actually old buddies with Hanks.

“You never want to botch a scene when you got Tom Hanks in there with you,” McGraw told Cinemablend. “But yeah, he’s a great guy. We’ve been friends for a long time. Rita, his wife, and Faith are best friends, and Tom and I’ve been friends for 25 years, 24 years. I knew that there was this part in there, and I gave him a call said, ‘Hey, would you be interested in showing up doing a cameo in this show that we’re doing?’ And he goes, ‘Tell me when to be there,’ and he just showed up.'”
“1883” is the prequel to the hit show, “Yellowstone.” McGraw stars as James Dillard Dutton alongside his wife, Faith Hill, who is also in the show.