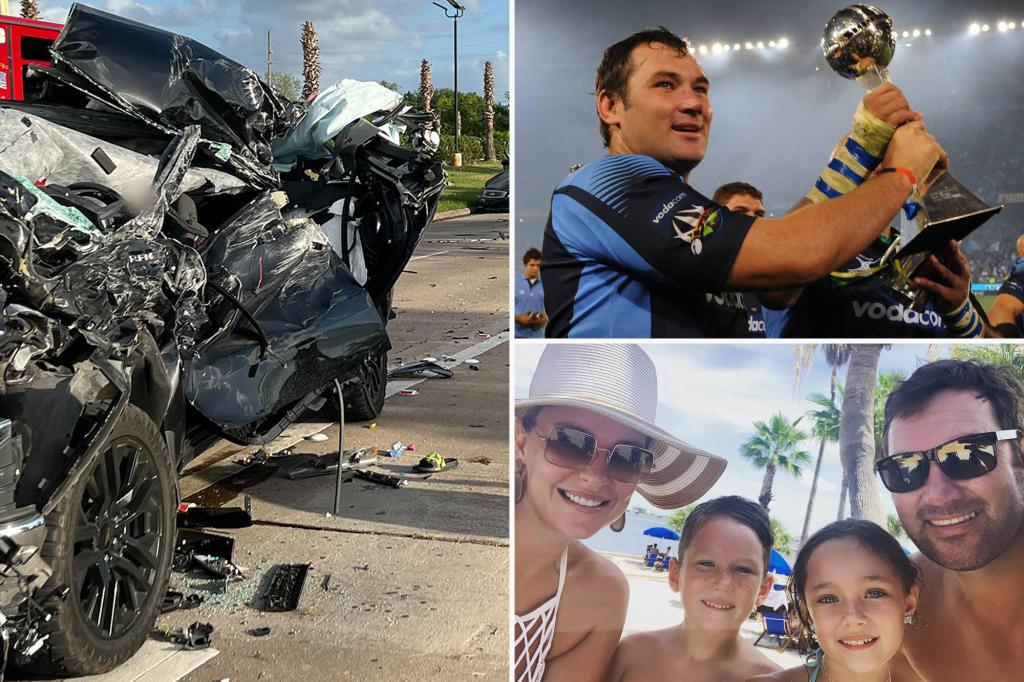 A South African rugby star died during a car wreck in Texas on Friday when a teenager fleeing a traffic stop slammed into his car, local authorities said.

Pedrie Wannenburg, 41, was inside his car with his wife Evette and their daughter Isabelle and son Francois at the time of the collision, which took place when cops tried to stop the 16-year-old driver outside of Houston, according to the Harris County Sheriff’s Office.

Wannenburg’s 8-year-old son was airlifted to a hospital in critical condition. His wife and 10-year-old daughter were not injured.

The driver struck three vehicles, and a fourth that could not stop in time also collided with the scene, Sheriff Ed Gonzalez said. In total six people were hospitalized, according to the local fire department.

“One of our units attempted to conduct a traffic stop at Greenhouse Rd & Little York when the vehicle fled. The suspect vehicle then struck two other vehicles,” Gonzalez said in a statement on Twitter.

Gonzalez identified the crash’s single fatal victim as Wannenberg, and said his wife and 10-year-old daughter were not injured by the crash.

The 16-year-old suspect was identified as Ali Alabadi. He was traveling 100 miles per hour at the moment of the crash, the Houston Chronicle reported.

The sheriff’s deputy who chased Alabadi after a 5:45 p.m. traffic stop is “still talking to the DA’s office” about the circumstances of the pursuit, Major Quincey Whitaker of the Harris County Sheriff’s Office said, according to the Chronicle.

Wannenburg played 20 times for Springbok — the South African national ruby team — between 2002 and 2007, and was close to being selected for South Africa’s World Cup-winning squad in France.

Wannenburg was based in Texas, coaching Austin Elite Rugby and was the head coach of Rice University’s Rugby Club.