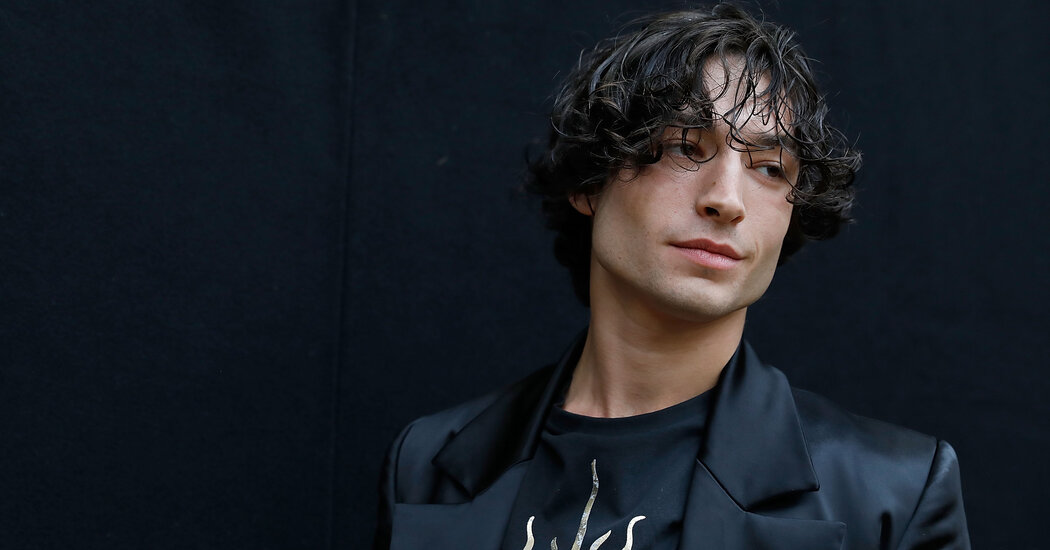 Ezra Miller, who has played the superhero The Flash in several movies and television series, is facing an assault charge in Hawaii after being accused of hurling a chair.

Miller was at a gathering at a private residence on the Big Island of Hawaii, according to the police. The 29-year-old actor “became irate after being asked to leave,” the police said, and was then said to have thrown a chair that struck a 26-year-old woman on the forehead, causing a half-inch cut.

The woman refused treatment, the police said. Miller was arrested at 1:30 a.m. Tuesday after a traffic stop, the police said, and later released “pending further investigation.”

That arrest was the second on Hawaii in less than a month for Miller, who is known for roles in superhero movies and Harry Potter spinoffs and for wearing surrealist, gender-bending outfits on the red carpet.

The first arrest came early on the morning of March 28, when the actor, who the police said was visiting from Vermont, was arrested and charged with disorderly conduct and harassment after an incident at a bar in the town of Hilo.

Officers said they had responded to a report of a disorderly patron at a bar who had become “agitated while patrons at the bar began singing karaoke.”

The patron was Miller, who began yelling obscenities and grabbed the microphone from a 23-year-old woman. The actor later lunged at a 32-year-old man playing darts, the police said.

Although the bar owner asked Miller several times to “calm down,” the police said, those efforts were “to no avail.”

Miller was freed on $500 bail, the police said.

The Associated Press reported that Miller had become aggravated with a karaoke rendition of the Lady Gaga and Bradley Cooper ballad “Shallow.” Miller was later removed by police from another Hilo property.

A couple in Hawaii filed a petition asking for a temporary restraining order against Miller for that incident in a case that was later dismissed, according to the AP. The petition said that Miller had burst into their bedroom, threatened them and stolen a wallet and a passport.

An agent in New York and a lawyer in Hawaii who have represented Miller did not immediately respond to messages requesting comment.

Miller has appeared in television series and movies for more than a decade, starting with the series “Californication.” Roles since then have included Trashcan Man in the 2021 remake of the television mini-series “The Stand,” and the wizard Credence Barebone in the “Fantastic Beasts” films of the Harry Potter franchise.

But Miller is best known for portraying The Flash, a speedy superhero, starting in the 2016 films “Batman v Superman: Dawn of Justice” and “Suicide Squad.” Miller starred most recently in director Barry Muschietti’s “The Flash,” which is in postproduction and also stars Ben Affleck and Michael Keaton.