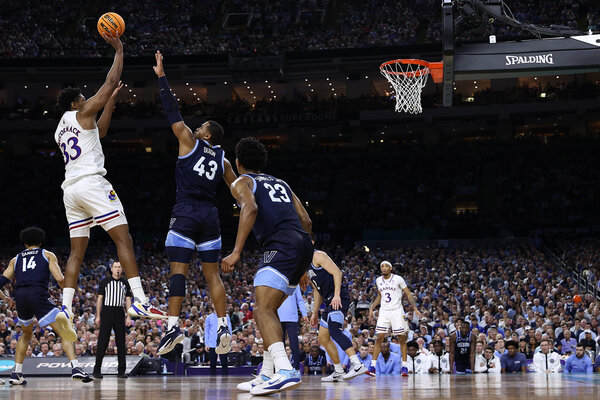 Separated by about 1,000 miles and decades of fragmentation, the N.C.A.A. will stage an eight-team, four-day, two-city carnival of college basketball starting on Friday.

It is the way it has always been for Final Fours. And despite all the changes after last year’s uproar over inequities between the N.C.A.A. men’s and women’s tournaments, do not expect that approach to shift for at least a decade.

The decision, made over the winter after deliberations by a series of N.C.A.A. committees, defied a recommendation in August by a law firm that the association hired to examine its approach to championship events. But it was also in keeping with a longstanding reluctance within the college sports industry to bring the men’s and women’s events closer together geographically.

“Every coach that I’ve talked to that’s participated in the Final Four — and I’ve talked to quite a few after the report came out — not a one said we should have both Final Fours at the same place,” said Geno Auriemma, the Connecticut coach who has the Huskies in their 14th consecutive women’s Final Four.

The women will play in Minneapolis this year, and the men will be competing in New Orleans.

The notion of merging the slate of games and turning a single city into an emporium of college basketball each spring has percolated sporadically over the 40 years since the women’s tournament debuted.

The idea gained new currency in August when a law firm hired by the N.C.A.A. issued a report that concluded that the association had long prioritized the men’s tournament and its revenues. Bringing the men’s and women’s events to the same city, the report asserted, would “ensure that the student-athlete experience at the men’s and women’s championships is more equitable.”

That prospect seemed far-fetched to some executives, particularly because the N.C.A.A. had already chosen host cities for both tournaments’ Final Fours through 2026. The decision in February, which N.C.A.A. officials said was unanimous, was for the events to remain separate through the next cycle of bidding to host the tournaments — making changes unlikely until at least 2032.

Executives said, though, that they were considering other possible adjustments, like holding the competitions on separate weekends, that could draw a larger spotlight onto women’s basketball. For now, though, N.C.A.A. leaders said they had been skeptical of upending decades of tradition.

“It was important at this time for the committee to see the results of the enhancements and the other investments that were being done in the championship and to really pay homage to or continue to respect what has been built around the women’s Final Four already with the fan base and otherwise,” Lynn Holzman, the N.C.A.A.’s vice president for women’s basketball, said Wednesday.