HomeQatarFour Argentine friends to cycle from South Africa to Qatar to attend...
Qatar 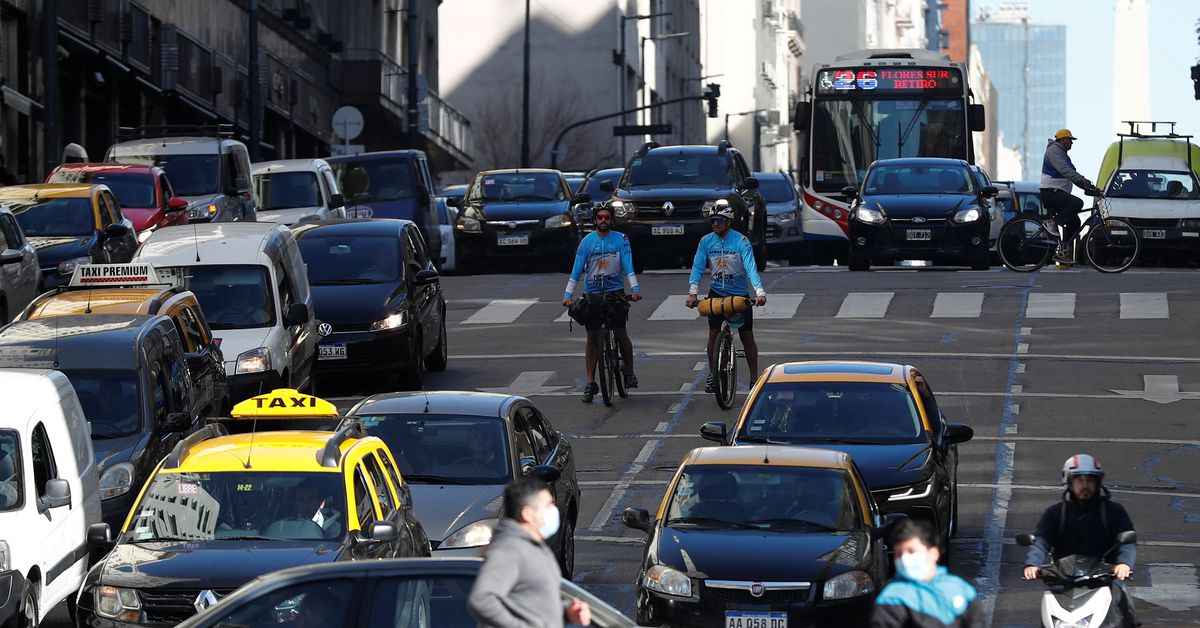 BUENOS AIRES, April 28 (Reuters) – Four Argentine friends will cycle 10,500 kilometres from South Africa to Qatar to support their country at the World Cup in November, an initiative that will also lead to 10,500 new trees being planted in their homeland.

Lucas Ledezma, Leandro Blanco Pighi, Silvio Gatti and Sebastian Rodriguez, from the province of Cordoba, will start cycling on May 15 from Cape Town to Doha, a journey that will cross 15 countries in two continents.

“The general idea of the trip is to cover 10,500 kilometres passing through 15 countries for six months,” Ledezma, a 34-year-old physical education teacher, told Reuters. “The idea is to arrive about four or five days before the opening match starts in Doha,” he added.

Argentina are scheduled to play their first match at this year’s tournament on Nov. 22 against Saudi Arabia at the Lusail stadium.

Leandro Blanco, 31, and Lucas Ledesma, 34, members of a group of four that will make a cycling trip from the south of Africa to Qatar in time for the 2022 soccer World Cup, ride their bikes in Buenos Aires’ downtown, Argentina April 28, 2022. REUTERS/Agustin Marcarian

Ledezma has previous experience in this type of crossing. As well as cycling to Brazil to attend the 2014 World Cup and also to Russia for the 2018 finals, he has travelled through various countries on two wheels to cheer on his compatriots at the 2018 Rio Olympics and the 2015 Copa America in Chile.

For his 2022 adventure, he will be joined by a documentary maker, a writer and a travel agent.

“There is planning for months, sitting down to find out what is happening in each country, there is a deep investigation,” said 31-year-old writer Pighi.

“Travelling by bicycle is something beautiful because we don’t skip anywhere, we feel the journey, each little tree, each house, each family, kilometre by kilometre,” he added, enthusiastically.

Besides watching the matches, the trip aims to help the environment. Each kilometre travelled will be marked by the planting of a tree in the mountains of Cordoba, located about 600 kilometres northwest of the country’s capital, Buenos Aires.