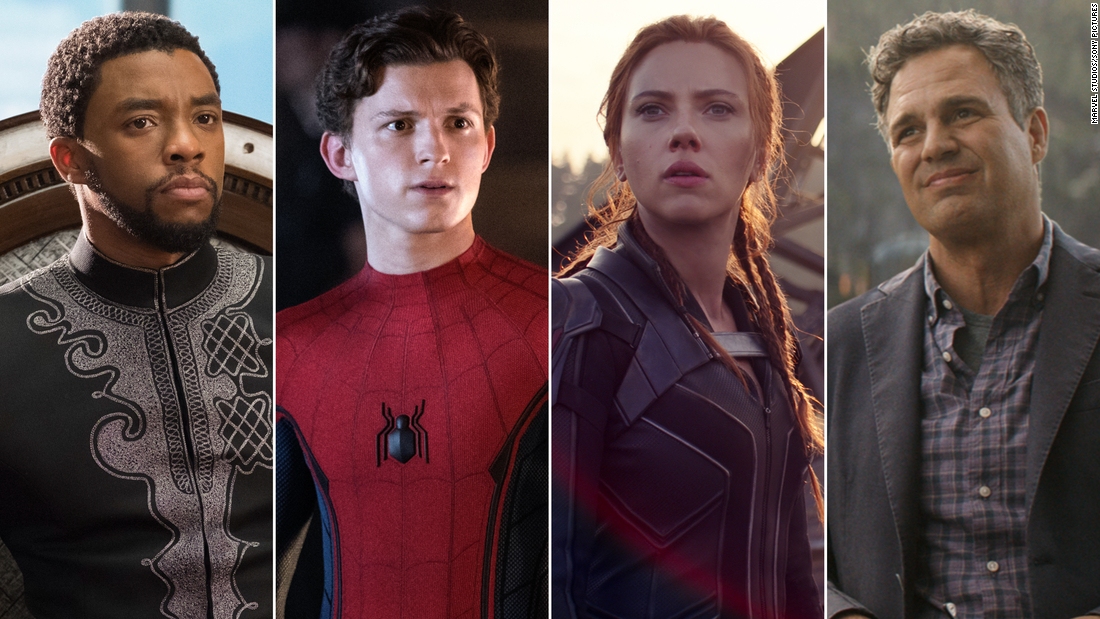 No? Well, a team of researchers in Australia did.

In a rigorous period of study, the researchers used the lockdown period over 2020 and 2021 to watch the film franchise. It was for science, definitely not for fun.

“I am a single Mum with 3 children and last year during the COVID lockdowns we were looking for things we could do together so embarked on watching the Marvel movies from beginning to end,” said lead study author Ruth E. Hubbard, Masonic Chair of Geriatric Medicine at the University of Queensland in Australia, via email.

Then, she saw a flier in her hospital advertising a presentation she was doing on frailty with pictures of the heroes years in the future — appearing overweight and confused.

“I thought it was funny — but also a bit sad to present such a negative view of their futures,” Hubbard said. “This made me reflect on how the Superheroes might actually age and whether there were some lessons from my understanding of ageing and frailty that could be applied to predict their ageing trajectories.”

The “study” is a bit of fun for the holiday season, but it also goes to show how our health behaviors impact our aging, she added.

“The key message is that each of us has the ‘power’ to influence the way we age,” Hubbard said. While uncontrollable elements like genetics play an important role, the factors people should focus on are regular exercise, social engagement, a healthy diet, abstaining from smoking, moderating alcohol and avoiding head injuries, she added.

The article doesn’t exactly drive the body of knowledge further, but it does offer “a quick and entertaining read for interested reader to just think about aging,” Dr. Kenneth Lam, associate professor of medicine at the University of California San Francisco, said. Lam was not associated with the article.

For our Marvel newbies, the researchers excluded any significant, spoiler-worthy events that would impact their aging (wink, wink, fans). Here are the things five of the many, many Marvel characters have going for them and against them as they age:

Some good news for the “genius, billionaire, playboy, philanthropist” is that a lot of those things work in his favor.

His socioeconomic position and residence in an urban environment put him in a better position to access healthcare, and his high intelligence reduces his risk for dementia.

It’s a good thing he eventually drops that playboy lifestyle for Pepper Potts, because such a close relationship is a positive indicator for his aging, the study said.

Then, there is the PTSD, radiation exposure, gravitational shifts and many injuries that increase his likelihood of accelerated bone loss and malignancy — not to mention his chronic heart disease.

T’Challa has a lot of things going for him. As the sovereign of the most economically and technologically developed country in the world, he has extraordinary access to the education and wealth that is associated with healthy aging, the study said.

Wakandans also appear to be vegetarians, and plant-based diets are associated with “reduced obesity and cardiometabolic diseases,” the study said.

Speaking of plants, it is hard to say whether drinking a potion made from the heart-shaped herb is an advantage or disadvantage, researchers said. The concoction did improve his mental and physical abilities, but performance enhancing drugs have many adverse health effects.

Unfortunately, Natasha Romanov doesn’t seem to have a lot going for her when it comes to healthy aging.

Trained as an assassin and spy from childhood, she was exposed to a high amount of abuse, neglect and conflict from a young age. She also underwent forcible sterilization, and an abrupt disruption to ovary function at a young age is linked to many diseases, the study said.

Overall, these factors put her at a higher risk for multiple health complications.

Things are looking bad for Bruce Banner, as well.

The big green guy comes out when his heart rate increases, and that happens a lot. This suggests he might have an underlying heart condition.

He also has a high BMI, which raises concerns over chronic health conditions, and whether he can get health care to meet his specific needs.

Anger also can advance old age, and — as he said himself — he is always angry.

One of Peter Parker’s biggest asset is the people he is surrounded by, researchers said.

Although he is an orphan, which can have detrimental outcomes, Spiderman has a nurturing relationship with his Aunt May and supportive, positive male role models in the most heroic men on earth — and eventually other planets, too.

His strength, flexibility and agility used in his crime fighting are also an advantage. But he does do most of his heroics at night, which leaves researchers concerned if he is getting the recommended eight to 10 hours of sleep a night, which teens like him need, the study said.

The Marvel superheroes have taken on many important tasks, such as maintaining the safety of the multiverse and creating artificial intelligence. Perhaps their next feat to benefit humanity should be figuring out how to provide high quality health and social care across large populations, the study suggested.

“This would enable people across the multiverse, including superheroes, to experience high quality of life in older age,” the authors wrote.