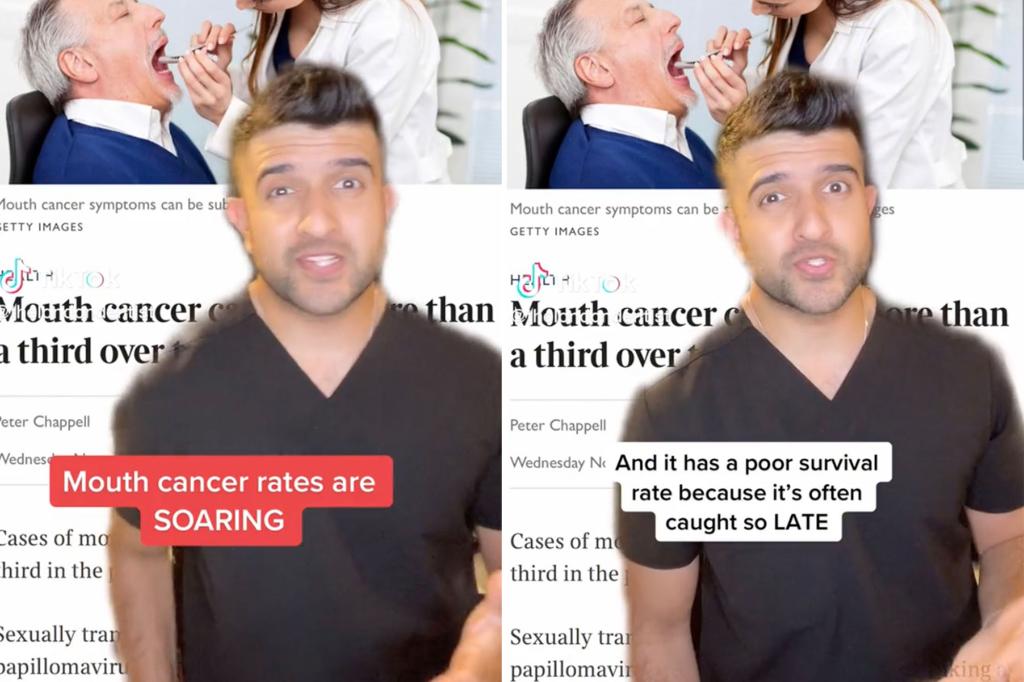 A dentist has gone viral on TikTok by explaining the four different warning signs of oral cancer people should look out for.

Dr. Vikas Prinja posted the video Wednesday and it has received more than 90,000 views.

“Mouth cancer rates are soaring and it’s got a poor survival rate because it’s caught so late,” Prinja says in the clip.

In the US, 54,000 people are estimated to be diagnosed with oral cancer in 2022, according to a report done by the American Cancer Society.

The report shows that men are more likely to get oral cancer and die from the disease if left untreated. The CDC stated that about half of the people diagnosed with oral cancer will survive.

Prinja said there are four signs to look out for that could help save your life:

Several commenters had their mouths hit the floor by this revelation.

“Was wondering why my dentist the last year has started doing checks they never did before, glad they do,” one user said.

“Is this something that dentists will check during a regular cleaning,” questioned another.

“[G]oing to the dentist regularly for check-ups helps,” chimed in a third.

Other users were sent into a panic over the video.

“Mate I have an ulcer every other week I don’t need these thoughts in my head,” said one person.