HomeTechnologyHere are the three new cars coming to Gran Turismo 7 on...
Technology 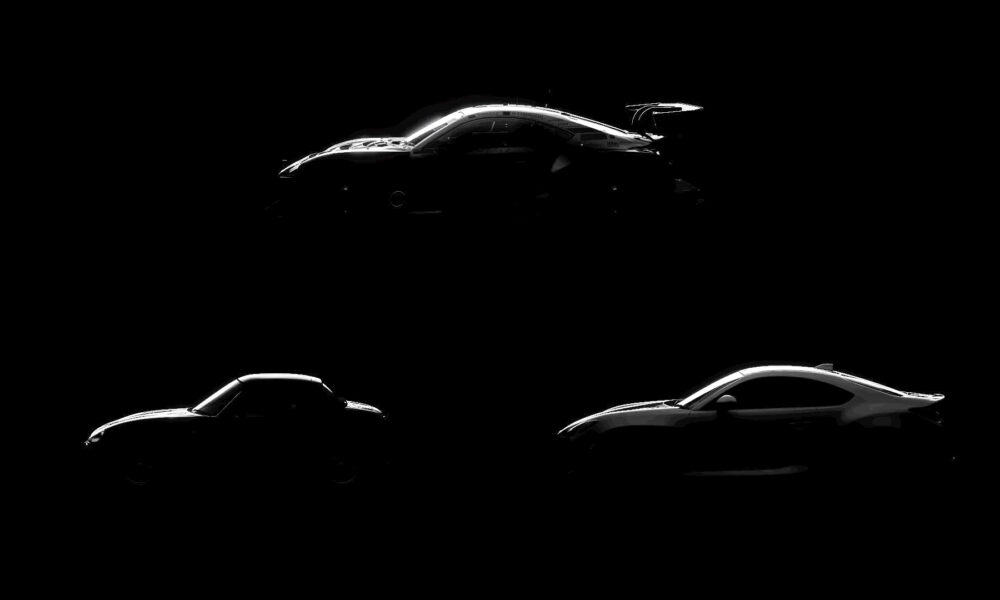 After a teaser image is posted online, we think it’s the Suzuki Cappuccino, the latest Subaru BRZ and its GT300 racing cousin.

As we previously reported, there is set to be server maintenance for Polyphony Digital’s opus to vehicle collection this coming Monday. This usually means that a game update follows once it’s back online.

The title’s producer Kazunori Yamauchi tweeted today (24th April) an image with the silhouette of three cars coming to the game. Each is artfully shadowed so as to disguise their identity, although not in a way where you can’t work out at least their basis.

The image is attached with the words: “Update is coming next week.”

This was a staple of GT Sport’s lifespan, with Yamauchi last teasing new content in this way in July 2021 for the Toyota GR86.

Here are what we think are the three cars coming to Gran Turismo 7 on the 25th April. Be sure to let us know in the comments what you think they could be.

Produced for seven years in the 90s, the Cappuccino is a diminutive roadster built to Japan’s Kei car regulations that determined its size and engine capacity.

It has a turbocharged 657cc engine with three cylinders, so this will not be setting any speed records. It will be handy for the Autopolis One Hour Mission recently added to the game, as it sits alongside in-game rivals such as the Daihatsu Copen, Honda S660 and Honda Beat.

Interestingly, due to its age, we expect this will not fit into the Brand Central showroom and appear within the cycle of Used Cars.

We expect the third car in the dark image to be the new generation Subaru BRZ. With the platform-sharing Toyota GR86 already in Gran Turismo 7, the BRZ is listed as part of the upcoming in-game TOYOTA GAZOO Racing GT Cup competition.

Putting all these factors into place results in the ZD8 BRZ arriving in Gran Turismo 7’s Brand Central on the 25th April.

With think the racing version of the same new ZD8 Subaru BRZ will also be available within Gran Turismo 7 following Monday’s update.

This looks to be the 2021 specification racing car that competes in the GT300 category of Japan’s premier motorsport championship – SUPER GT.

Entered by R&D Sport, the #61 entry is driven by Takuto Iguchi and Hideki Yamauchi. You can just about see their names on the teaser image.

This car will be in the Gr.3 category and compliments the existing Subaru WRC Gr.3 car.

This follows a timeline laid out by Yamauchi that explained “…There will be a few additional updates deployed between now and the end of April which will add new cars and course layouts, as well as implementing some other fixes.”

Following the 1 million free credits for all players, the recent additions of new Missions and these three new cars confirmed for the 25th, will there also be further game changes and new track layouts tomorrow too? We’ll find out in just a few hours.