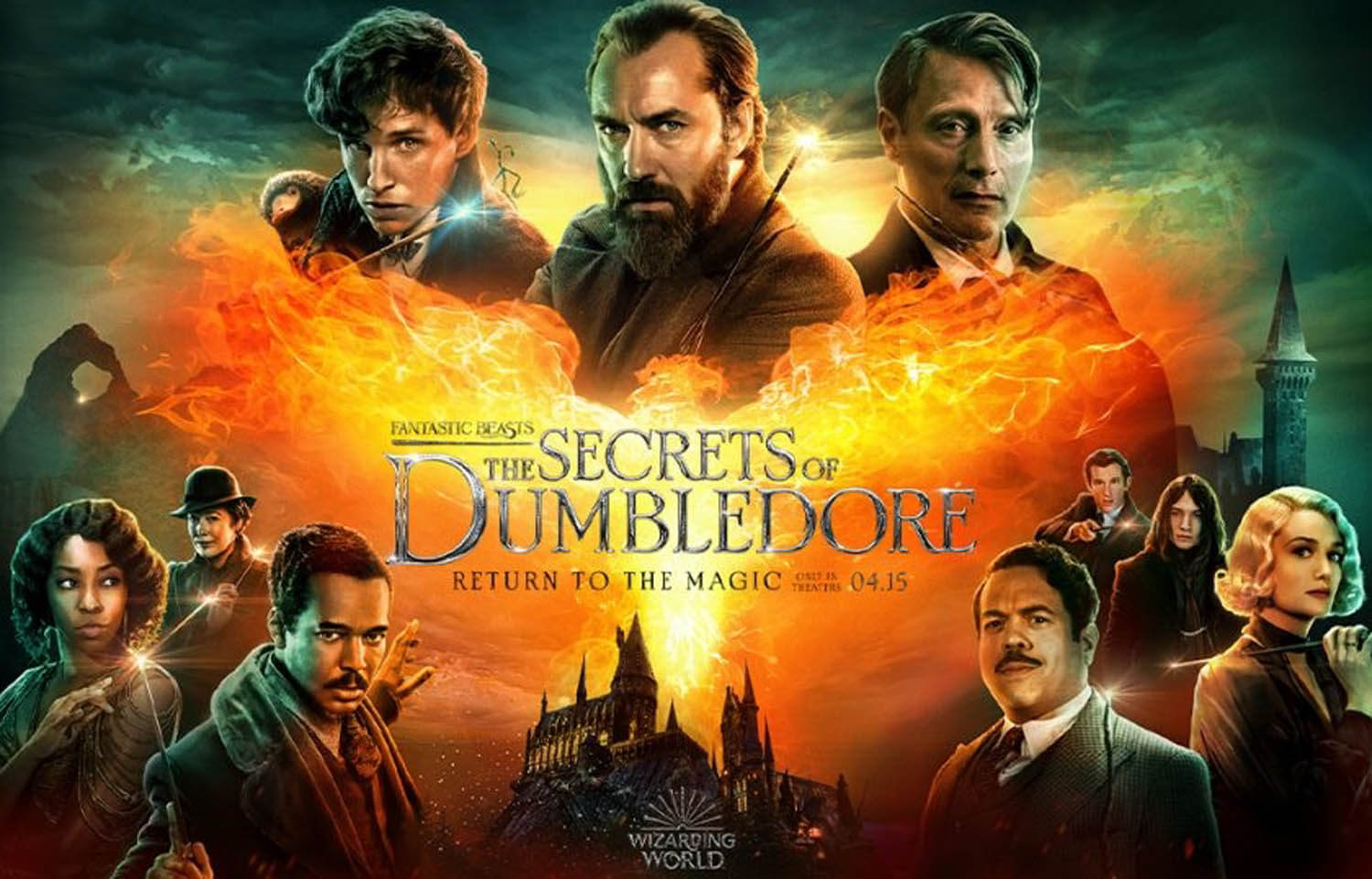 Fantastic Beasts: The Secrets of Dumbledore opened this past weekend in North America, and in a classic case of diminishing returns, it is the lowest-grossing opening weekend for the Wizarding World spin-off yet. It took in $43 million, with $150 million to date worldwide, for a total gross of $193 million (against a rumored $200 million budget).

This is the lowest opening for any Wizarding World movie, including the original Harry Potter franchise, and for Fantastic Beasts, specifically, it shows audiences just aren’t interested in this particular story. In 2016, Fantastic Beasts and Where to Find Them opened with over $74 million, which is not a knock-out number in this era of box office swallowing blockbusters, but it at least shows a mild curiosity from audiences about the Harry Potter expansion pack. It has been downhill since, however, which shows that curiosity faded. Sure, the pandemic is still skewing factors, but Dumbledore also logged a B+ CinemaScore, which is not the be-all, end-all of data, but is a decent temperature check for how people feel walking out of a theater, and a B+ translates to, basically, indifference. People didn’t hate it, but they didn’t love it, either.

This is especially tough news for Warner Brothers because Dumbledore is actually the best of the Fantastic Beasts movies, though that isn’t saying much because these movies have always been a mixed bag, and while Dumbledore offers the best story, it still has all the same problems of the other movies. The casting is great and Mads Mikkelsen plays Grindelwald like a real character with wants and goals and conflicts, and not just a cartoon character spewing spells in a silly voice, but the story of younger Dumbledore and Grindelwald just does not sit well with shy, silly Newt Scamander and his magical menagerie. It’s fundamentally two different things, and a Fantastic Beasts franchise should be about the beasts, while there should be a separate set of movies detailing Dumbledore’s history. Fascist wizards and goofy animals make for an uncomfortable partnership that just never works. Also, I have sat through three of these movies now, which significantly revolve around a wizard’s desire to stop the Holocaust, and I am deeply confused by the Wizarding World’s morality. Maybe figure that out before making any more of these movies.

Which brings us to the elephant in the room—JK Rowling’s (horrific) personal politics and how that impacts this franchise. It’s easy to blame Dumbledore’s poor performance on her and how she has single-handedly made everything Harry Potter distasteful to so many, but again, Crimes of Grindelwald had a significant earnings drop from Fantastic Beasts, which means people were already checking out of this franchise. But I don’t think declining box office and Rowling’s actions in the real world are entirely divorced. After all, she’s been going down the TERF path for years, so an argument can definitely be made that she has poisoned the well for Fantastic Beasts pretty much from the beginning.

And if you don’t believe there’s a correlation, keep in mind that over 70% consumers prefer to spend money on things that align with their personal morals and values. This actually goes up the younger the consumer is. Less than 25% of Baby Boomers care about buying from brands that align with their values, but 50% of Gen X do, and 62% of Millennials do. There isn’t solid consumer data on Gen Z yet because they’re only just starting to emerge from college and into their buying power, but given how they are by far the most demonstratively progressive generation yet, you have to assume they will rate putting their money where their mouth is even higher than Millennials.

It’s the confluence of these two factors that is killing Fantastic Beasts. One, these just aren’t very good movies and they have never found their storytelling groove and hooked audiences. And two, the series creator poisoned the well with her off-screen politics and turned off a generation of viewers. Rowling’s issues are just the cherry on top of the sh-t sundae this franchise has become for Warner Brothers, and the question now is what they do moving forward. This was supposed to be a five-film franchise, but that seems uncertain given that Warner is yet again under new management who will be reassessing their current assets and Fantastic Beasts is not a hitmaker.

But the Wizarding World itself, with all its merchandising and licensing opportunities—and with a film adaptation of The Cursed Child waiting in the wings, can I just say that Voldemort having a secret kid is some bad fanfic sh-t and a big clue Rowling doesn’t know how to expand her universe effectively?—is too lucrative to leave on a shelf. They might want to let it cool off for a while, at least in live action, and maybe get with their legal department and see what they can do to pry Rowling off direct involvement with future projects, as she is now a liability for the franchise, but there will continue to be new Harry Potter things put into the world.

It’s just a matter of finding a story audiences will invest in. If it were me, I’d go back to the beginning. Look to the four founders of Hogwarts for inspiration, particularly the rift between Godric Gryffindor and Salazar Slytherin. You have Helga Hufflepuff and Rowena Ravenclaw being best friends and trying to get this new school started when Godric and Salazar nearly ruin it for everyone, setting in motion events that will unfold over a thousand years. It’s inherently epic, and it’s only a sketched-out idea in the marginalia of Harry Potter, so you have LOTS of room to play with characterization and themes. Just keep JK Rowling out of it because she has become an albatross and if there is any hope of salvaging the Wizarding World, it lies in widening the line between art and artist.