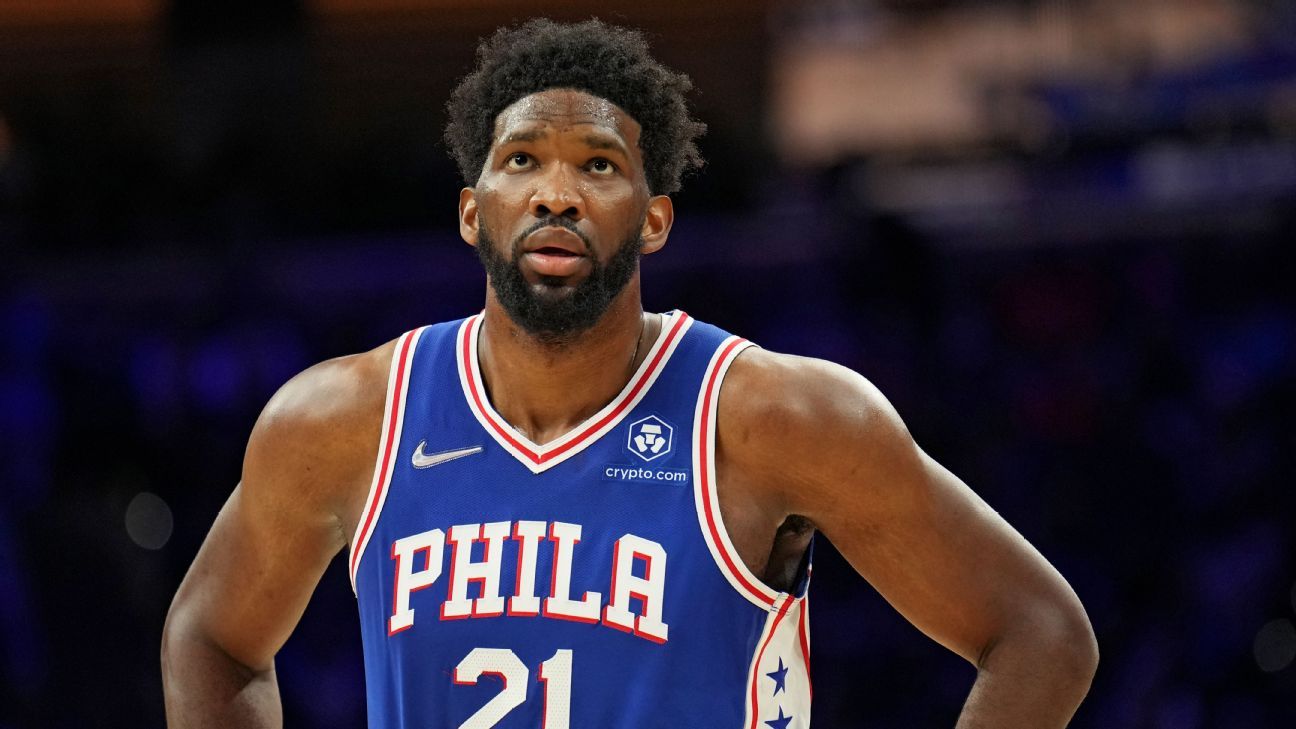 PHILADELPHIA — Joel Embiid said that he’s glad to be done answering questions about “that subject” when asked if he was relieved that the Ben Simmons Saga was officially in the past for the Philadelphia 76ers after Thursday’s blockbuster trade that brought James Harden to the City of Brotherly Love.

“Yeah, I’m happy that I’m not going to be answering any more questions about that subject,” Embiid said after finishing with 25 points and 19 rebounds in 35 minutes in a 100-87 win over the Oklahoma City Thunder at Wells Fargo Center Friday night. “It’s good that, not just for me, but my teammates, the whole organization. The whole year, it was pretty annoying with the whole situation, but I’m glad that everybody has moved on.

“I wish everybody the best in whatever they want to accomplish, but I’m focused on winning games here and trying to win a championship.”

That pursuit of a championship will now, finally, be without Simmons, after the months-long drama surrounding his wish to be traded away from the 76ers culminated in Thursday’s deal with the Nets — one that saw Harden and Paul Millsap dealt here in exchange for Simmons, Seth Curry, Andre Drummond and a pair of first round picks.

And when asked if he had talked to Simmons, or if both of them were going to move on, he referred back to a report during training camp that Simmons wanted to have his own team, and no longer believed that the partnership with Embiid could work after last season’s loss to the Atlanta Hawks in the Eastern Conference semifinals.

The one final parting shot Embiid did give Simmons was a tweet Thursday in the wake of the trade of a popular internet meme of a man in a suit at the funeral of one of his “haters.”

When asked about how long he had that tweet ready in preparation for a deal happening, Embiid — who has the nickname “Troel” in his Twitter bio — couldn’t keep a straight face as he tried to play off the question.

“Honestly, I don’t even know what the tweet was about,” Embiid said with a knowing smile. “I just tweeted a random person. I just saw the picture on the internet and I thought he was well dressed. He had a nice suit on, good looking, you know, he had some swag.

“So I just thought it was a good picture.”

Embiid and the Sixers will be hoping that he and Harden can form a picture-perfect tandem on the basketball court. Embiid said the two players have already spoken, and Embiid — who said several times he was excited about the prospect of playing with the former NBA MVP — already thinks Harden is the best player he’s ever played with.

“It was just a lot of excitement,” said Embiid, who was wearing a wrap on his right hand/wrist after he woke up with it swollen following Tuesday’s loss to the Phoenix Suns. “Just excited. You talk about guys that I’ve played with, he’s probably gonna be the best yet, based on what he’s accomplished in his career so far.

“So it’s just about getting everybody on the same page and finding the right way to play. We already have a system in place so we’ve just got to bring him along and incorporate a bunch of new stuff with a bunch of stuff that he’s good at and put it all together.”

Embiid also said that he’s looking forward to having someone on the court who can take as much attention away from him as he usually does from his teammates.

“I think the way to look at it, every single time I touch a ball, there’s a double or triple team which is gonna make my teammates and himself even better,” Embiid said. “So now you really got a choice. Are you going to double me or are you going to double him? So you got to make that decision and based on every game it might change.

While Philadelphia doesn’t have much time to get things sorted out — after Friday’s win, the 76ers (33-22) have just 27 games remaining, and Harden has already been ruled out of Saturday’s game here against the Cleveland Cavaliers.

Still, 76ers coach Doc Rivers declared that Harden’s arrival has deservedly given Philadelphia expectations of chasing a championship — expectations he, and his team, are ready to embrace.

“No one else can put no more pressure on myself than I do,” Rivers said. “It will never happen. I’m in this to win. I’ve always been in this to win. When you get into that, when you make that decision, you understand there’s going to be pressure with it. And there should be. Because if there wasn’t, everybody would be champions. I think the reason we did this deal is so we can jump into the fray.

“I think [we are good enough],” Rivers continued. “I don’t know. That’s something we’ll find out. We did it with the belief we do, obviously.

“We don’t have a lot of time. The Phoenix’s of the world and teams, Milwaukee and Miami, they’ve been together Milwaukee three years, four years, as a group. So we have to get it done quickly.”