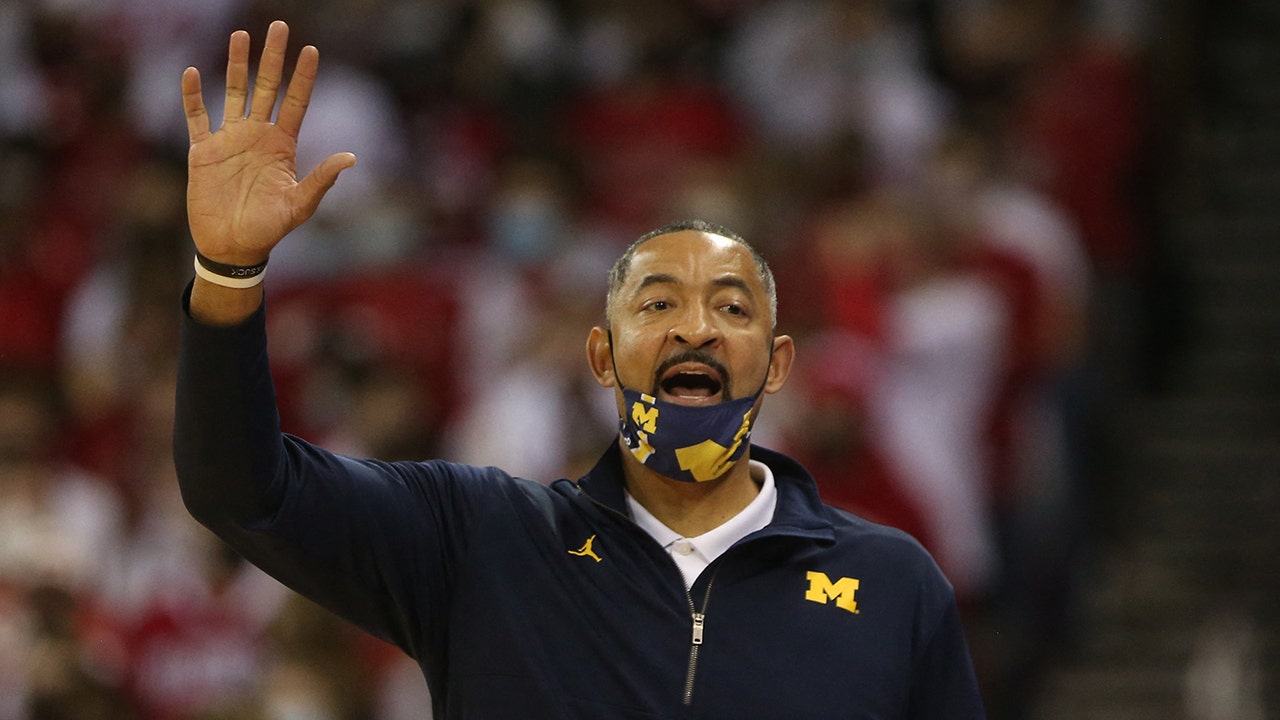 Michigan men’s basketball coach Juwan Howard attempted to explain his postgame actions on Sunday after he was seen striking a Wisconsin assistant coach.

Howard said he was upset with Wisconsin head coach Greg Gard calling a timeout with 15 seconds left and up 15 points. Howard pointed a finger at Gard before other coaches and players tried to deescalate the situation. That’s when Howard appeared to take a swing at Wisconsin assistant Joe Krabbenhoft.

“I didn’t like the timeout being called, and I’ll be totally honest with you,” Howard told reporters after the game, via MLive. “I thought it was not necessary at that moment, especially being a large lead. And then to have a timeout called with three seconds or four seconds to go, I thought that was what I felt wasn’t fair to our guys.”

In the handshake line, Gard and Howard met. Howard appeared to tell Gard he “won’t forget that,” and Gard had put his hand on Howard’s elbow to try and keep him there while the two talked.

“I think that was very uncalled for, for him to touch me as we were verbalizing and communicating with one another. That’s what ended up happening. That’s what escalated it,” he said.

Wisconsin Badgers assistant coach Joe Krabbenhoft reacts after a fight breaks out between Wisconsin and the Michigan Wolverines. Krabbenhoft was hit in the head by Michigan head coach Juwan Howard at Kohl Center on Feb. 20, 2022, in Madison, Wisconsin.
(John Fisher/Getty Images)

Things escalated from there, with assistants and players getting involved.

“I am aware of and watched the end of our men’s basketball game. There is no excuse for any of our staff or student-athletes to get into a physical altercation with others regardless of instigating factors. I reached out and apologized to (Wisconsin athletic director) Chris McIntosh and President Coleman has reached out to UW Chancellor Blank to apologize for the totally unacceptable behavior,” Manuel said.

McIntosh spoke about the incident after the game.

Michigan Wolverines head coach Juwan Howard directs his team during the game with the Wisconsin Badgers at the Kohl Center on Feb. 20, 2022, in Madison, Wisconsin.
(Mary Langenfeld-USA TODAY Sports)

“I’ve spoken to the (Big Ten) commissioner personally. I expect the league is going to act swiftly and aggressively. We’ve got staff that have been affected and injured, hit in the face. It’s difficult for me to compose myself in the defense of our staff and our team. We did not instigate this incident. It’s clearly captured on the television feed.”

The Big Ten said it was investigating.

Fox News’ Dan Canova and the Associated Press contributed to this report.