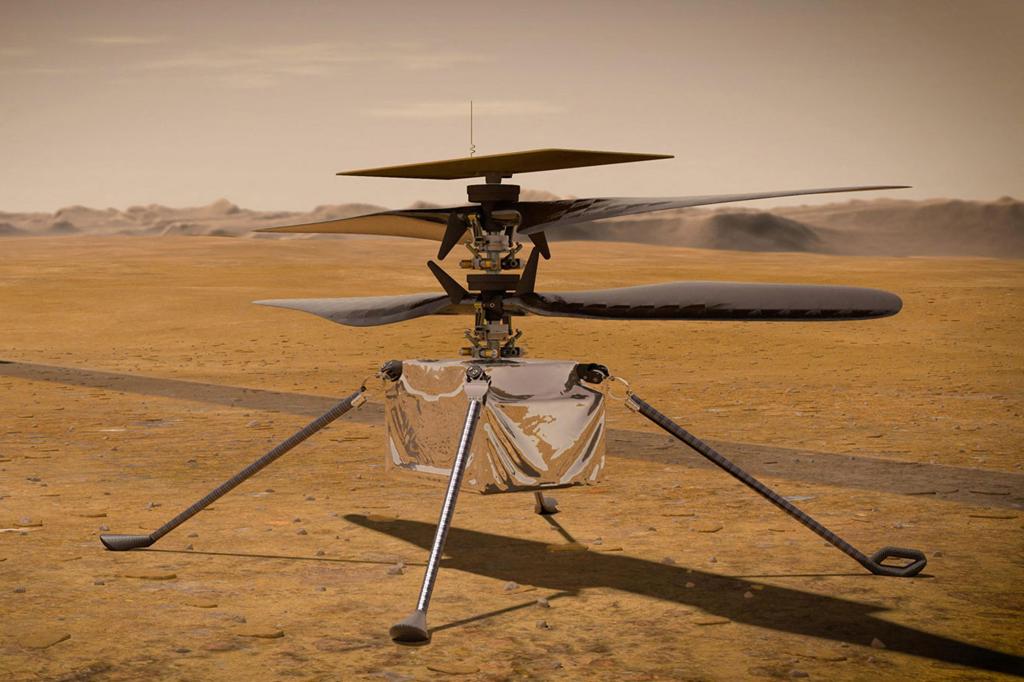 After more than a year of accomplishments, NASA has extended flight operations of the Ingenuity Mars Helicopter through September.

The space agency’s $2.2-billion rover landed on Mars on Feb. 18, 2021, allowing the experimental Ingenuity helicopter to hitch a ride to the red planet.

The six-wheeled rover Perseverance has made remarkable discoveries and accomplishments in its first year, like breaking a record for the most distance driven by a Mars rover in a single day. It traveled almost 1,050 feet on Feb. 14, 2022.

Meanwhile, Ingenuity became the first aircraft to make a controlled flight and landing on another world on April 21, 2021.

One year after that milestone, NASA says it is extending the 4-pound choppers mission after the rotorcraft’s 21st successful flight, the first of at least three needed for the helicopter to cross the northwest portion of a region known as “Séítah” and reach its next staging area.

“Less than a year ago, we didn’t even know if powered, controlled flight of an aircraft at Mars was possible,” said Thomas Zurbuchen, the associate administrator of NASA’s Science Mission Directorate. “Now, we are looking forward to Ingenuity’s involvement in Perseverance’s second science campaign. Such a transformation of mindset in such a short period is simply amazing, and one of the most historic in the annals of air and space exploration.”

Next up for Ingenuity is a trip to a new area with entirely different terrain filled with jagged cliffs, angled surfaces and other pockets that could be difficult for the rover. NASA says the new site is several miles wide and formed by an ancient river, and the fan-shaped delta rises more than 130 feet above the crater floor.

Once there, Ingenuity will be investigating two dry river channels and helping log for future routing assistance for Perseverance.

“The Jezero river delta campaign will be the biggest challenge the Ingenuity team faces since first flight at Mars,” said Teddy Tzanetos, Ingenuity team lead at NASA’s Jet Propulsion Laboratory in Southern California, to NASA. “To enhance our chances of success, we have increased the size of our team and are making upgrades to our flight software geared toward improving operational flexibility and flight safety.”

With the help of Ingenuity, the rover is continuing to collect rock samples. Percy has collected six but experts hope to grab at least 20 samples from the Martian surface by the mission’s conclusion.

The pieces of rock and soil will remain in tubes that are hermetically sealed until they are dropped off at a location that can be easily accessed by a future mission. NASA and the European Space Agency have a plan to retrieve the Martian samples with a series of missions in the next decade.

NASA says if they are successful in getting the samples into labs, the sediments would be examined by scientists for signs of past life on Mars and be part of other studies.