HomeScienceNext SpaceX crew launch on hold to wait for return of private...
Science 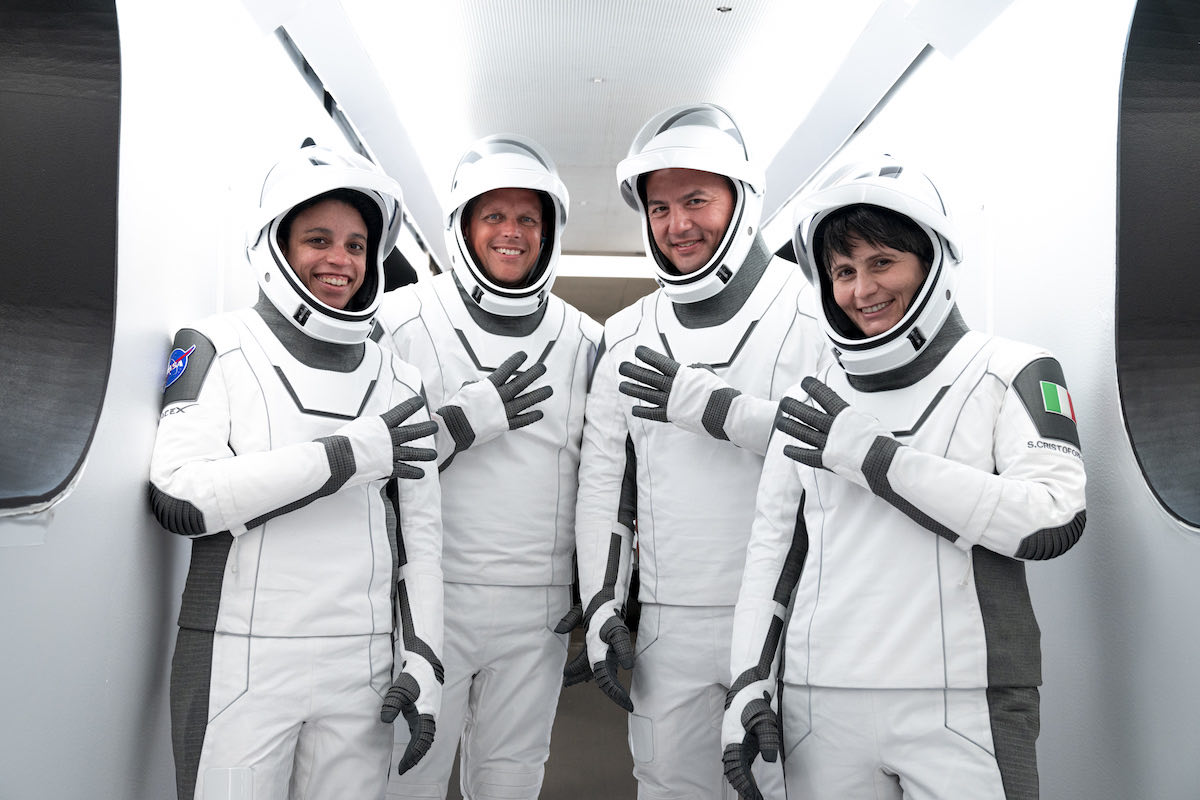 The launch of a SpaceX Falcon 9 rocket carrying the next crew to the International Space Station has been postponed from Saturday, a ripple effect from weather delays in returning a team of commercial astronauts from the outpost back to Earth, NASA officials said Wednesday.

Axiom Space’s first private astronaut mission, known as Ax-1, launched on a SpaceX rocket and Dragon capsule April 8 and docked with the space station April 9, delivering a crew of four non-government crew members to the complex for research experiments, educational and public outreach events, and sightseeing.

The four-man crew was supposed to depart the space station Tuesday and splash down off the coast of Florida Wednesday. But mission managers extended their stay at the outpost due to persistent bad weather in SpaceX’s recovery zones in the Gulf of Mexico and the Atlantic Ocean.

NASA and Axiom officials haven’t announced new target dates for the undocking and splashdown of the Ax-1 mission, but mission control radioed the crew early Wednesday that the Ax-1 mission’s departure from the station won’t happen before Thursday night.

“As the weather forecast remains unfavorable, we’re still assessing the best time to undock the Ax-1 mission from space station,” tweeted Kathy Lueders, head of NASA’s space operations directorate. “We’ll be reviewing throughout the day. Really proud of the NASA, Axiom Space, and SpaceX teams for remaining focused as we carry out our mission.”

The launch date for the next NASA crew mission, designated Crew-4, will hinge on when Ax-1 can depart the station. Crew-4 had been scheduled to launch before dawn Saturday from pad 39A at NASA’s Kennedy Space Center in Florida.

SpaceX’s Dragon Endeavour spacecraft on the Ax-1 mission currently occupies the docking port needed for arrival of the Dragon Freedom spacecraft with the Crew-4 astronauts.

“When Ax-1 departs, space station then has room for Crew-4 to dock,” Lueders tweeted Wednesday afternoon. “We want a two-day gap after return for data reviews and to prepare for launch and stage recovery assets. We’ll make decisions about a new Crew-4 launch date based only safely executing our plans.”

Despite the uncertainty in the Crew-4 launch date, SpaceX ground teams and the four astronauts assigned to the flight have continued their preparations at Kennedy.

Before dawn Wednesday, commander Kjell Lindgren, pilot Bob Hines, and mission specialists Jessica Watkins and Samantha Cristoforetti put on their custom-fitted SpaceX pressure suits and rode Tesla SUVs from the Operations and Checkout Building at Kennedy to pad 39A.

The astronauts rode the elevators up the launch pad tower and walked across the crew access arm to the white room, where they climbed through the Dragon spacecraft’s side hatch and took their seats in the capsule. The crew then disembarked from the spacecraft to complete a so-called “dry dress rehearsal,” which provided an opportunity for the astronauts and support teams to practice for launch day.

Later Wednesday morning, SpaceX filled the Falcon 9 rocket with kerosene and liquid oxygen propellants for a test-firing of the first stage’s Merlin main engines. The engines fired for about seven seconds at 9:26 a.m. EDT (1326 GMT) as hydraulic clamps kept the 215-foot-tall (65-meter) rocket on the ground.

SpaceX then drained the Falcon 9 of propellants, and engineers began reviewing data from the test-firing to make sure all rocket, spacecraft, and ground systems functioned as expected.

The launch will be SpaceX’s seventh human spaceflight mission, and the fourth operational crew rotation flight to the space station under contract with NASA. SpaceX’s other crew missions have included a test flight for NASA in 2020, and two purely commercial flights — the Inspiration4 mission last September and the Axiom private astronaut mission currently at the International Space Station.

The Falcon 9 booster for the Crew-4 mission will be flying for the fourth time. The rocket stage — designated B1067 — previously launched a Dragon cargo mission, NASA’s Crew-3 astronaut flight, and the Turksat 5B communications satellite last year.

The booster originally assigned to the Crew-4 mission — tail number B1069 — was damaged during a landing attempt on a SpaceX drone ship Dec. 21.

“NASA and SpaceX jointly select primary and backup first stage boosters ahead of each crewed mission,” a NASA spokesperson said. “We jointly agreed to use the back-up booster for Crew-4 following an asymmetrical landing of the originally planned booster due to high sea states.”

Once the Crew-4 mission is off the ground, the Dragon Freedom spacecraft will ferry Lindgren, Hines, Watkins, and Cristoforetti to the space station for a planned five-month stay. They will replace the outgoing Crew-3 astronauts, who have been at the station since November.

The Crew-3 astronauts currently live on the space station with the four Ax-1 commercial astronauts and three Russian cosmonauts, giving the research lab a complement of 11 crew members, at least for the short term. The station is typically staffed by seven crew members.

The delay in the Ax-1 mission’s return to Earth and the launch of Crew-4 could also extend the mission of the Crew-3 astronauts, who were scheduled to depart the station in SpaceX’s Dragon Endurance spacecraft April 30.