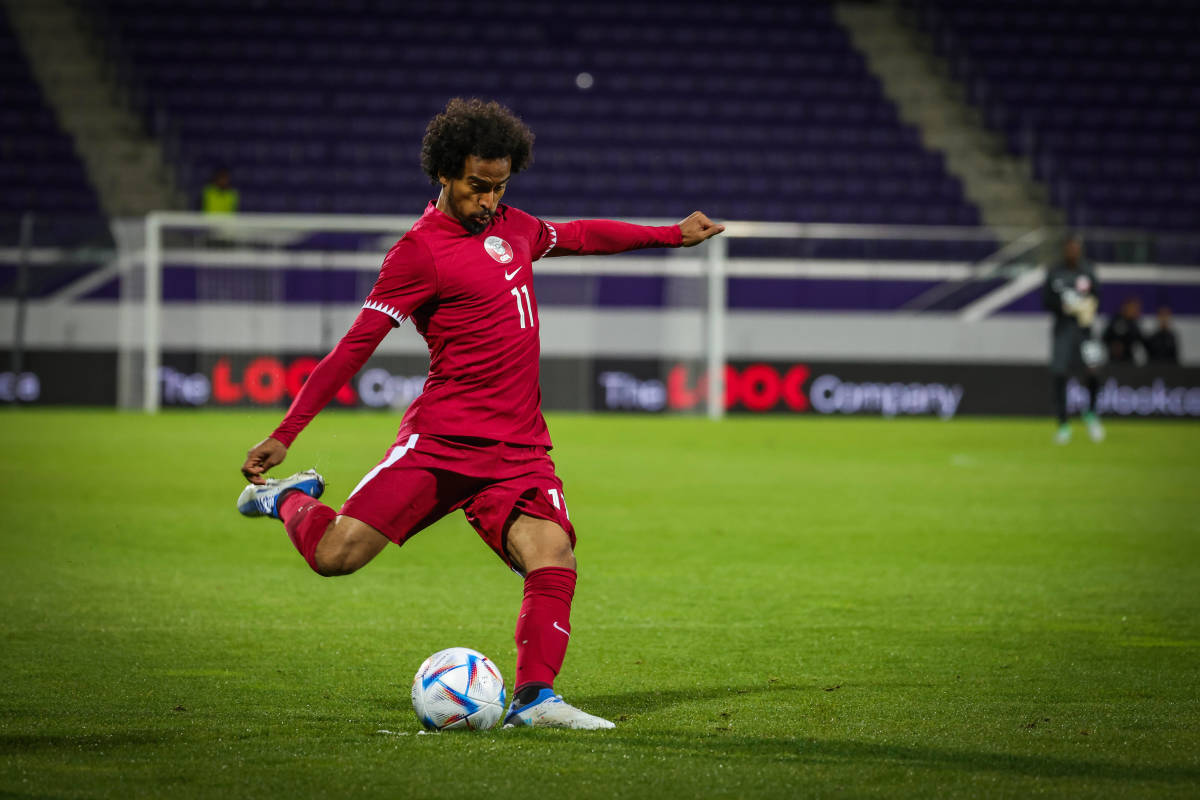 The host nation of the 2022 World Cup have a battle on their hands to make it out of the group stage after being put up against Netherlands, Senegal and Ecuador in group A.

They’re well and truly the underdogs of that foursome to qualify for the knockout stages but the side managed by Spaniard Felix Sanchez will be hoping they can surprise the world watching on, so they don’t become the second ever host nation knocked out at the first hurdle.

In 2019 they won the Asian Cup and since that momentous victory they participated in the Copa America and the Gold Cup in preparation for the winter World Cup.

One thing that we learnt from Qatar in those tournaments is that they love to score goals so bearing that in mind let’s have a look at some of their key players who will look to make themselves known during the special international break.

Hassan Al-Haydos is Qatar’s very own legend as the attacker is the captain and also the most capped player in the nation’s history with 146 games at 31-years-old.

He, like many others in the squad, plays his football in the capital city of the country for Al Sadd and as well as being his countries hero he can certainly be regarded as a club legend as he has been there all his career and won 18 major honours with one of them being the Asian Champions League.

For Qatar he has 165 caps with 34 goals to his name and he will be the one who has to keep it all together whilst carrying a goal threat from a wide position.

Al-Haydos is a very versatile attacker but plays mainly on the right of a midfield but due to a five at the back system he will come inside more to help the front two allowing the right wing-back to underlap with Sanchez sticking to his Spanish roots adopting a tika-taka like style.

Onto the threatening front two and first we have Akram Afif who is the more creative of the pairing.

The 25-year-old was a key reason why Qatar scored the most goals in the Asian and Gold Cup’s as he got a remarkable 15 assists in just 12 games in both of those competitions.

Unlike a lot of the squad Afif has had a spell in Europe as he has played for Eupen in Belgium and then in 2016 he joined Spanish side Villareal but he never made an appearance for them instead getting outings in the La Liga for Sporting Gijon whilst on loan.

For the past four years he has also played for Al Sadd on the left wing so the expectation will be that he will venture into the space in-between opposition full-backs and centre-backs to cause problems with Al-Haydos looking to find him in the half spaces.

Onto Afif’s partner in crime Almoez Ali, the main man spearheading the Qatar attack and one of the main reasons why the knockout rounds could be a real possibility for the host nation.

The 26-year-old has scored 39 goals in 82 caps for his country, and he also plays in his home nation for Al Duhali whom he has scored 50 goals for.

He was the top goal scorer in both the Asian and Gold Cups with his link-up with Afif being a serious problem for opposition sides, so they need to be on it from the first whistle come the 20th of November.

The emphasis will seriously be on attack with these three key players for Qatar even though manager Sanchez plays with a five at the back system.

Due to the system, there is importance on the full backs when going forward and Homan Ahmed is a newer addition to the side who is expected to start at left wingback.

At 23-years-old an impressive tournament from the Al Gharafa defender could interest some clubs from around the world and it could set up a big future for him.

He will need to carry on his good understanding with Afif down the left-hand side after impressing in the Gold Cup.