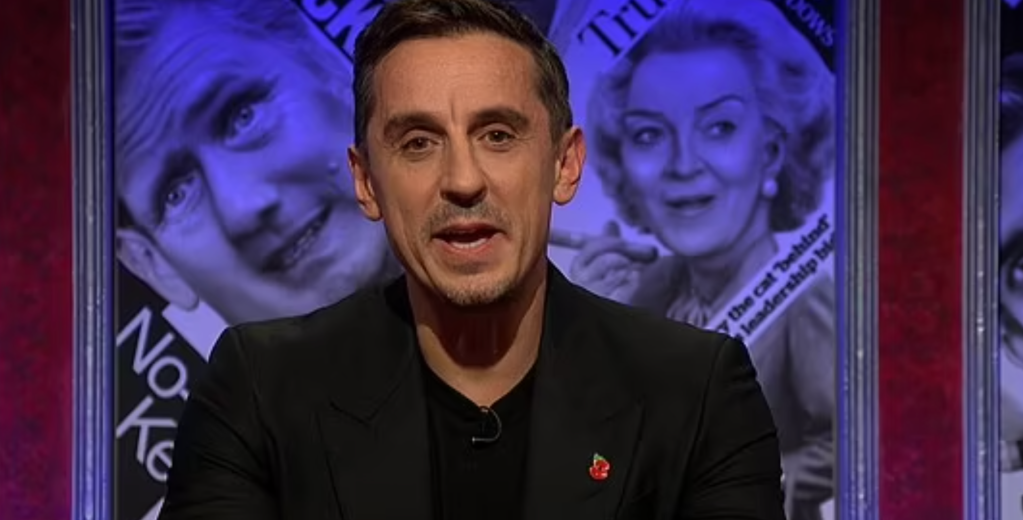 A UK footballer turned commentator has been called out on a TV quiz show for his hypocrisy in taking a World Cup commentary role in Qatar, where he has previously highlighted human rights abuses.

Former Manchester United footballer Gary Neville – who usually serves as a thorn in the Tory government’s side with his comments on social media where he voices his concern for less well off people – sparked a blacklash when it was announced that he had agreed to be a pundit for Qatar’s state broadcaster beIN SPORTS for the World Cup – due to begin later this month in the country where human rights abuses, lack of tolerance for minority groups and treatment of migrant workers have all led critics to question why the world’s biggest sports tournament is taking place there.

When Neville made his debut as the guest host of the BBC’s topical news quiz Have I Got News For You on Friday, the team captains Ian Hislop (editor of Private Eye, and another frequent thorn in the government’s side) and comedian Paul Merton did not let Neville slip through their fingers.

Neville has previously insisted he will “never shy away” from highlighting controversial issues while working for the broadcaster.

But Hislop questioned him, saying: “You don’t have to go and take the Qatari’s money. I’m not trying to be tiresome, but it is just not a very good defence.”

Opening a segment on the upcoming World Cup, Neville asked Hislop: “Ian, is it coming home?”

Hislop replied: “What, your reputation?” And so it continued… watch their full exchange in the clip above.

The commentator is not alone in coming under fire for choosing to participate in this year’s World Cup. Robbie Williams and the Black-Eyed Peas have been criticised for agreeing to perform at the event, while David Beckham has received a huge backlash, particularly as a longtime public champion of LGBT rights, for performing an ambassadorial role for the Qataris, in a deal reported to have brought him £10million ($11.4million).

Neville has defended his former team-mate Beckham, by pointing to the latter’s long-standing relationship with the Qataris.

“[People forget] Beckham went to play for PSG who had Qatari ownership,” he said.

“Beckham to be fair to him has a relationship with the Qataris through his relationship with PSG, and the work he has done in terms of amplifying our country through the world is probably second to none in the past five to 10 years.”