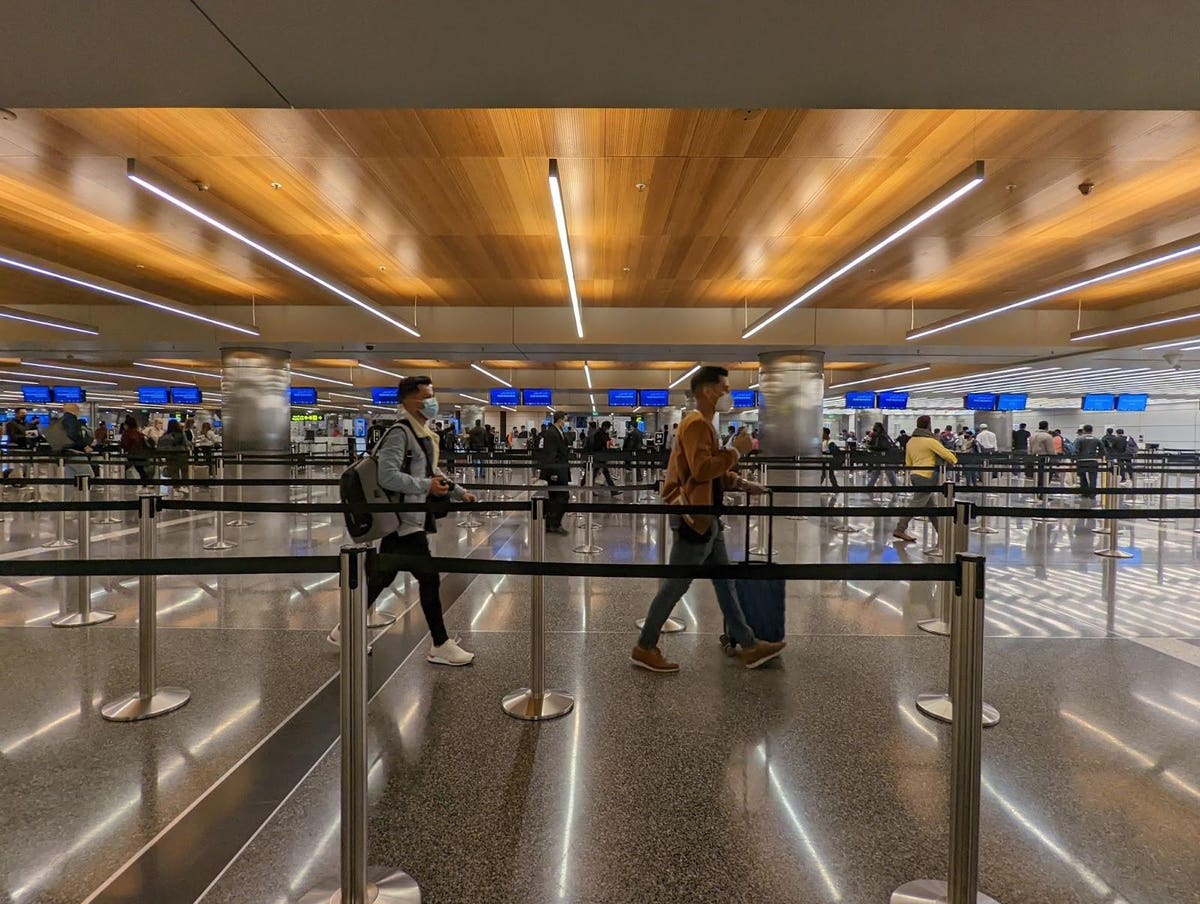 The fast-spreading Covid-19 omicron variant is shutting down countries and forcing travelers to cancel their holiday plans. But Qatar, on the west coast of the Arabian Gulf, has managed to keep its case numbers low and remain open despite the recent surge.

If you want to know why the Covid omicron variant isn’t a problem, just make a stopover at Hamad International Airport and check out the immigration lines. When I landed there recently, the wait for quarantining arrivals was long — and the line for people who were cleared to enter the country was comparatively short.

Qatar has taken a series of steps to protect residents from the Covid omicron variant that may seem extreme by Western standards. They include a 16-month ban on international arrivals, and now, strict entry rules, vaccine requirements, temperature checks, and a smartphone contact tracing app that you can’t leave home without.

It’s a sharp contrast to Europe, where I spent the last month, and the United States, which I toured during this summer’s delta surge. For the next few weeks, I’m going to be reporting from the Middle East on how this region is coping with Covid and how visitors and the tourism industry is managing the pandemic. Hint: surprisingly well, so far.

How is Qatar doing during the pandemic?

Qatar appears to have successfully eluded the delta surge that overtook many western countries in the summer and fall. New infections have risen just slightly since hitting a low of around 60 new daily infections in October.

Late last week, Qatar confirmed four cases of the new omicron variant, according to the state news agency QNA. All were reportedly Qataris and residents who had been traveling abroad. QNA noted that all of them were quarantining.

As of now, the country experienced just two significant surges — one in the spring of 2020 and a second, smaller one almost a year later. But since then, the number of new infections has remained relatively low.

Qatar is likely to escape what many fear will be a tsunami of new Covid cases related to the more infectious omicron variant. If this trend continues, Qatar would join a short list of countries where Covid seems to be under control, including Estonia, Singapore and the United Arab Emirates.

So what’s it like in Qatar now? It takes precautions that Americans would find difficult to imagine. The country currently requires a negative PCR test 72 before arrival. PCR tests are more expensive (mine cost $80) and take longer than an antigen test. If you’re coming from the U.S., your insurance should cover the test. Qatar also classified countries into two lists, Green and Red. The United States is a Green country, but if you’re not fully vaccinated, you still have to quarantine for seven days after arrival.

Arrivals from Red list countries must comply with stricter requirements and there’s also an “exceptional” Red list with even more stringent entry restrictions. Countries like Egypt, Indonesia and India are on that list. In some cases (if, for example, you aren’t vaccinated), you simply can’t get in, even if you quarantine.

You also have to download a contact tracing app called Ehteraz (literally “precaution”) that gets checked wherever you go. The app shows a green screen for allowed, yellow for quarantined and red for infected.

But the app does more than track infections. It reportedly pings nearby phones, which it can contact if you test positive. Previous versions of the app have faced some criticism from privacy advocates.

One common misconception is that Ehteraz requires a Qatari SIM card. But I downloaded the app and connected to a wireless network to activate the contact tracing app. After that, it worked with my international wireless plan.

But will these precautions work?

I’ve had numerous conversations with people in Doha during the last few days about the precautions they’re taking. Overall, there’s a feeling that the Green List/Red List restrictions, the testing requirements, the temperature checks and the contact tracing app are necessary steps to ensure the safety of the population. The locals I’ve met don’t even give the subject of Covid in the Middle East much thought, and there’s a reason why: Qatar was under surveillance long before the pandemic, with private security guards and ever-present cameras part of daily life.

As you might expect, crime rates are low. Friends tell me they leave their car doors unlocked in Doha. One local contact told me the remarkable story of how a friend left her pocketbook in a public area. Private security reviewed the footage, found her belongings quickly and returned them to her. In other words, these extraordinary precautions are in step with the way Qataris live, and they are sustainable for as long as the pandemic lasts.

The real test will come if omicron gets loose as it has elsewhere. Qatar successfully quarantined the first four cases, but there will be other incursions, and omicron spreads quickly. Too quickly for the surveillance and testing apparatus set up by authorities? That’s impossible to know.

How is the tourism industry responding to Qatar’s omicron measures?

Qatar’s emerging tourism industry seems to be doing its best to keep up. The country was effectively closed to international visitors for 16 months at the start of the outbreak, but in July, authorities opened the borders to fully vaccinated international travelers.

There’s a sense now that Qatar has an advantage when it comes to Covid in the Middle East. But hoteliers tell me that their occupancy rates are in the 50s, meaning that for every one room occupied, one is vacant. The bright spot was Qatar National Day last week, when many hotels were sold out. Clearly, the emerging omicron variant has put a damper on tourism at perhaps the worst possible moment.

And that’s a shame. The weather in Qatar is as close to perfect as it gets at the moment — warm, sunny days and low humidity. This place should be filled with visitors, but it isn’t. Doha has a glut of new hotel rooms thanks to rampant construction in the last two decades. More hotels are opening soon, adding a sense of urgency that the tall hurdles to entry need to be lowered.

The question is, when is it safe to do so? If you had asked me that question two months ago, I might have said “now” — but that was before omicron and before the surges in Northern Europe.

Until then, Doha remains under surveillance, its population contact-traced and obediently wearing their masks and social distancing. The end is not yet in sight.