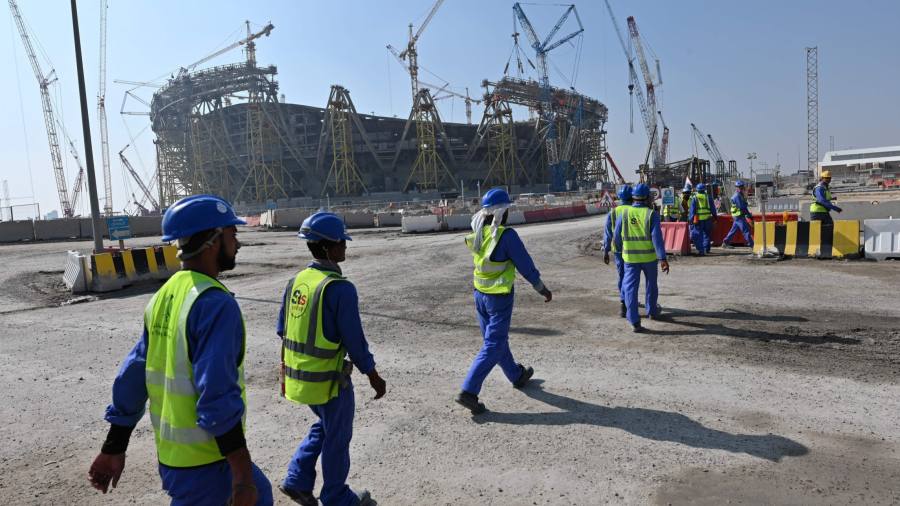 Qatar is currently hosting the first World Cup organised by an Arab state. A plethora of articles and TV programmes in the UK and other western countries have expressed outrage at the human rights situation in Qatar. For instance, Gary Lineker began the BBC’s coverage with a monologue addressing the human rights abuses in the host nation, adding that he thought about boycotting his BBC World Cup duties (“Qatar struggles to shift focus away from workers’ rights”, Report, November 5)

It might be worth pointing out that the kafala sponsorship system — which enables the exploitation of migrant workers in Qatar and other Arab countries by binding workers to their employer — was originally introduced to the Gulf during the British colonial era to police labour migration in the pearl and oil industries.

On top of this, very few among those who show a sudden concern regarding human rights in Qatar seem interested in putting the same energy into denouncing the defence industries of European countries that every year export huge amounts of weapons to Qatar and other local regimes. It is largely thanks to such weapons that these regimes manage to stifle any form of internal dissent regarding political, societal and gender-related issues. The UK, which has licensed the sale of more than £3.4bn worth of weapons and military equipment to Qatar in the last 12 years, boasts a particularly strong relationship with the Qatari regime. Several EU countries, which seriously violate the human rights of refugees and migrants, show similar patterns.

Last but not least, Russia (World Cup hosts in 2018) and other countries, which staged previous World Cups, have a long record on human rights’ abuses, and yet, back then, not many expressed outrage.

This is not a way of negating the problem. Indeed, those condoning the exploitation of forced labour in Qatar either get some advantages from it, or know superficially of the country: the present-day slavery system continues to leave workers at the mercy of exploitative bosses. But again, focusing just on the regime, while neglecting the whole background, mirrors a form of hypocrisy, and is an easy target.

All this reminds us that Qataris — including disenfranchised migrants — have the full right to expose and protest against abuses. “Our” countries, on the other hand, have the duty to avoid preaching moral lessons.

Addressing the weight of history — the past and the very recent one alike — might be a powerful antidote to that.