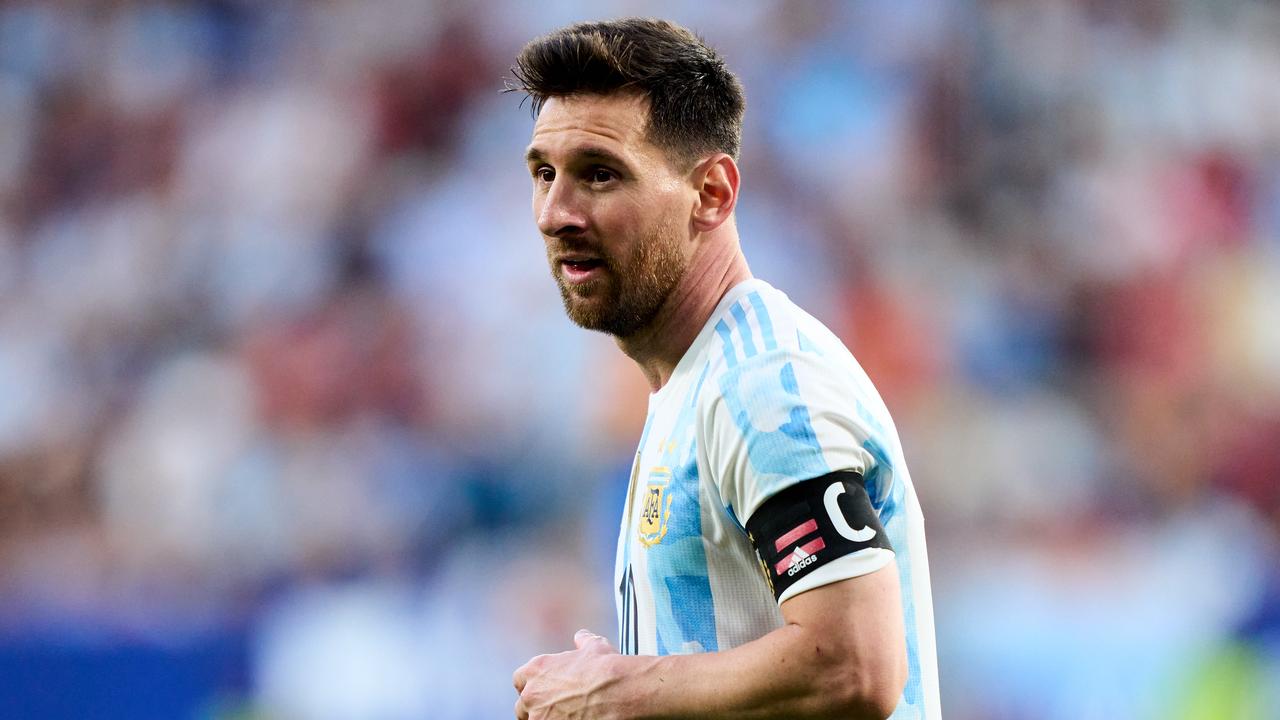 France’s hopes of defending their World Cup crown have taken another blow, as Christopher Nkunku is reportedly out of the tournament due to injury.

Didier Deschamps’ side already are missing a host of superstars including Paul Pogba, N’Golo Kante and Presnel Kimpembe.

But Nkunku is the latest French casualty, as the RB Leipzig star hobbled off the pitch during a training session.

Lionel Messi says he is cautious over Argentina’s chances as he prepares to lead the team at the World Cup, seeking to crown a glorious career by lifting the trophy in Qatar.

“We are very excited,” Messi said in an interview with CONMEBOL, the South American football federation.

“We have a very nice group that is very eager, but we think about going little by little. We know that World Cup groups are not easy.”

Argentina’s opening match at the World Cup is on November 22 against Saudi Arabia in Group C, which also includes Mexico and Poland.

They will play a final friendly on Wednesday in Abu Dhabi against the United Arab Emirates.

“We hope to start the World Cup in the best way to face everything that comes after,” said Messi, who joined the rest of the squad in Abu Dhabi on Monday.

The Paris Saint-Germain forward highlighted the strengths of the team led by Lionel Scaloni and the advantage of having an established squad, who triumphed at last year’s Copa America.

“The more you play and the more time you spend on the pitch, the more you get to know each other,” he said.

‘It was a joke’: Teammate reveals reason for frosty Ronaldo moment at World Cup

“We know each other’s characteristics and what is best for each moment.”

The forward said he doubted there would be a surprise winner of the World Cup.

“Whenever we talk about candidates, we always talk about the same teams,” he said.

“If I have to put some above others I think Brazil, France and England are a little bit above the rest.

“But the World Cup is so difficult and so complicated that anything can happen.”

Messi, who is likely playing his last World Cup at the age of 35, said he had fully adapted to life in Paris after a difficult first year following his move from boyhood club Barcelona.

“After that year-long process, which took a long time, today I am happy where I am living and my family and I are enjoying ourselves in Paris,” he said.

Messi played for PSG on Sunday before joining his Argentina teammates in Abu Dhabi, where he took part in a training session open to the public.

WORLD CUP HOSTS QATAR ON THE OFFENSIVE OVER RIGHTS STORM

Facing a storm of European criticism ahead of the start of the World Cup, Qatar on Tuesday stepped up its diplomatic and media riposte which has included threatening “legal” action to defend its name.

Five days from the opening game, Qatar’s chief World Cup organiser said attacks on the Gulf state had been launched because it “competed as equals and snatched” the World Cup from rival bidders. A senior member of the Qatar Football Association called European critics “the enemy”.

Facing criticism of its treatment of foreign workers and rights for women and the LGBTQ community, the wealthy Gulf state has long used the case that everyone is “welcome” at the World Cup and said opponents were acting in bad faith.

The tone has changed in recent weeks, highlighted by comments by the emir, Sheikh Tamim Hamad Al-Thani, who told the national legislature on October 25 that Qatar had faced an “unprecedented” and growing campaign” that smacked of “double standards”.

On a recent European tour, Foreign Minister Mohammed bin Abdulrahman bin Jassim Al Thani said in the media interviews that there was “a lot of hypocrisy in these attacks”.

“They are being peddled by a very small number of people, in 10 countries at most, who are not at all representative of the rest of the world,” he told Le Monde without naming those involved.

After a recent British media report on the hacking of opponents of Qatar’s World Cup hosting, a government official warned: “Qatar will not stand by when confronted by such baseless allegations, and all our legal options at our disposal are being explored to ensure those responsible are held to account.” The bitterness expressed in some newspaper editorials is starting to be seen in comments by some officials.

Sheikh Ahmed bin Hamad Al-Thani, a member of the Qatar Football Association executive, told Al-Sharq in an interview published Tuesday: “For me, the presence of the enemy is a blessing and not a curse, because this may push you to do your work in the best possible way.” Hassan Al-Thawadi, secretary-general of Qatar’s organising committee, told Al Jazeera television that the Gulf state’s unnamed opponents were jealous of its hosting.

“The campaigns are due to the fact that Qatar is an Arab country that was able to compete as equals and snatch the hosting of the tournament.” He said the attacks were based on “the stereotyped image of the Arab world, which is one of the reasons we fought to host the World Cup, to change the stereotyped idea about Arabs.” A European diplomat in Doha said the Qatar government had reached “the end of the line with the criticism.” “They blame us even though very little is coming from governments,” added the diplomat, speaking on condition of anonymity because of the sensitivity of the topic.

Iran’s players are free to express themselves at the World Cup, coach Carlos Queiroz said on Tuesday, as the country was gripped by fresh anti-government protests.

Iranians have taken to the streets since September following the death of 22-year-old Mahsa Amini after her arrest for allegedly flouting the strict dress code for women.

The country’s players are being watched closely in Qatar for signs that they support the demonstrations.

Queiroz told a press conference: “Everybody has the right to express themselves.” He compared the situation to players in England taking the knee in anti-racism protests.

“You guys are used to bending your knees in the games. Some people agree, some people don’t agree with that. And Iran is exactly the same,” the Portuguese coach said, according to a video of the press conference.

“It is out of question to think that the Iran national team is suffering any sort of issues like that. The players, they only have one thing in mind, which is to fight for their dream to be in the second round,” Queiroz said.

“They are humble people, they understand one very simple thing. If we are able to do that, they are not only part of history because Iran was six times in the World Cup, they have never been in the second round.

“They don’t want to be only part of history, they want to make history.” Iran open their group campaign against England on Monday and will also face the United States and Wales.