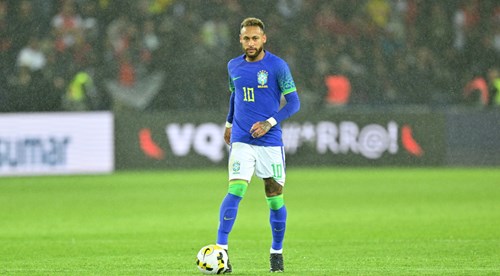 Brazil’s Neymar will be 31 years old in February and Qatar could be his final bid to help his nation win a record-extending sixth World Cup title.

Neymar’s career has been a rollercoaster where high expectations have been frequently followed by disappointment and frustration. He is the most expensive player in soccer history but has perhaps struggled to fulfil his true potential, either with his clubs or with the national team.

Often criticised for being immature, self-centred, and generating as many headlines on the field as off it, Neymar has seemingly knuckled down this season, paying more attention to his physical and mental preparation ahead of the World Cup.

He decided to end his vacation a week early to start training with Paris St Germain in the close season and is having an outstanding campaign so far, among the leading players for goals and assists combined in Europe’s five major leagues.

One could argue that his relationship with the World Cup over the last 12 years reflects his entire career – a tale of hope, disappointment, controversy, pain and underachievement.

For the tournament in South Africa in 2010 he was left out of the final squad by coach Dunga, who didn’t believe the flamboyant then 18-year-old forward who had just broken through with Santos was ready for the big stage.

Four years later, he was an international superstar, playing alongside Lionel Messi at Barcelona and the spearhead of the World Cup’s host nation.

Yet he sustained a cracked vertebrae in Brazil’s quarterfinal victory over Colombia and watched from his hospital bed as his teammates suffered a humiliating 7-1 semifinal thrashing on home soil at the hands of Germany.

At Russia 2018, injuries again hampered his dream of winning a World Cup. Early in 2018, Neymar suffered a sprained right ankle that affected the fifth metatarsal in his foot.

He was never 100 per cent during the tournament, playing through pain, and far from his peak when Brazil were knocked-out in the quarterfinals by Belgium.

A common denominator in both of Neymar’s appearances at the World Cup was his role as the lone difference-maker in Brazil teams that lacked the star power of generations past.

Throughout his career, Neymar has had to carry the load of being the Brazilian superstar of his generation.

Yet recently, others have surged to stardom in European soccer with the rise of young Brazilian players like Vinicius Jr, Rodrygo, Raphinha, Bruno Guimaraes and others.

In Qatar, Neymar will for the first time have a supporting cast of the quality that Brazil was used to in the past.

It is the perfect opportunity for him to achieve glory and redemption by helping Brazil win the World Cup for the first time in two decades.