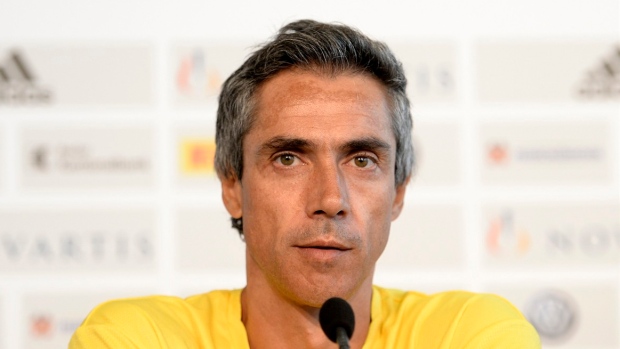 If Poland is to reach the World Cup next fall, they will be doing it without Paulo Sousa.

The Polish Football Association announced the firing of the national team manager on Wednesday.

Poland is set to play Russia on March 24 in Moscow as part of Path B in the UEFA second round of qualifying. The winner of that match will meet the winner of the Sweden vs. Czech Republic match, set for the same day, on March 29 with a spot in Qatar at stake.

Poland president announces Paulo Sousa to part ways with national team. The contract will be terminated with immediate effect, all signed and completed. 🇵🇱🇵🇹 #Poland

Fabrizio Romano reports that Sousa is set to become the manager of Brazilian side Flamengo.

A native of Viseu, Portugal, Sousa became Poland manager in January of 2021 and guided the team through the Euro, but failed to get past the group stage. Under Sousa, Poland finished as runners-up to England in Group I in the first round of UEFA World Cup qualifying.

Prior to coaching Poland, the 51-year-old Sousa had stints at Queens Park Rangers, Swansea City, Leicester City, Basel, Fiorentina and Bordeaux among his stops.

As a player, Sousa was capped 51 times by Portugal and spent time with the likes of Benfica, Juventus, Borussia Dortmund, Inter and Espanyol.