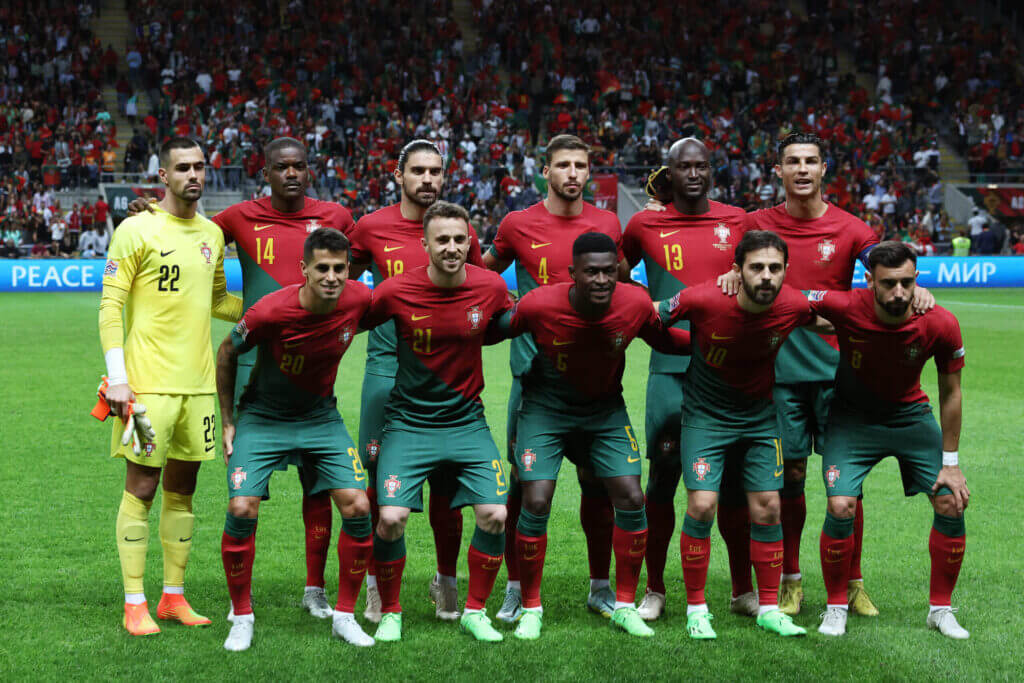 Portugal are in group H at the Qatar World Cup and will come up against Ghana, Uruguay and South Korea.

That means we will see a repeat of a 2018 World Cup knockout clash, when Portugal were knocked out at the round-of-16 stage after a 2-1 defeat by Uruguay. Portugal have also faced Ghana at a World Cup before, beating them 2-1 in the 2014 group stage with neither side progressing to the knockouts.

The Portuguese, however, very nearly did not make it to the tournament this year, after finishing second behind Serbia in their UEFA qualifying group.

That meant Fernando Santos’ side went into the UEFA play-off path, where they beat Turkey 3-1 in the semi-final followed by a 2-0 victory over North Macedonia — who had beaten Italy in their semi-final — to book their spot at the World Cup in Qatar, whose hosting of the tournament is controversial for the reasons outlined in this article.

That play-off win saw Portugal continue their run of qualifying for every World Cup this millennium. Their best tournament run, however, came over 50 years ago when they finished third at the 1966 edition.

Though they ‘only’ qualified through the play-offs, Portugal will go into the World Cup with high ambitions — particularly as this may well be the last time we see Cristiano Ronaldo on the world stage.

Ronaldo will be supported by quality players in Portugal’s deep squad, with Bruno Fernandes, Joao Cancelo and Rafael Leao among those who will be expected to make a splash in Qatar. Liverpool forward Diogo Jota and Wolverhampton Wanderers winger Pedro Neto, however, will miss the tournament after sustaining calf and ankle injuries respectively earlier this season.