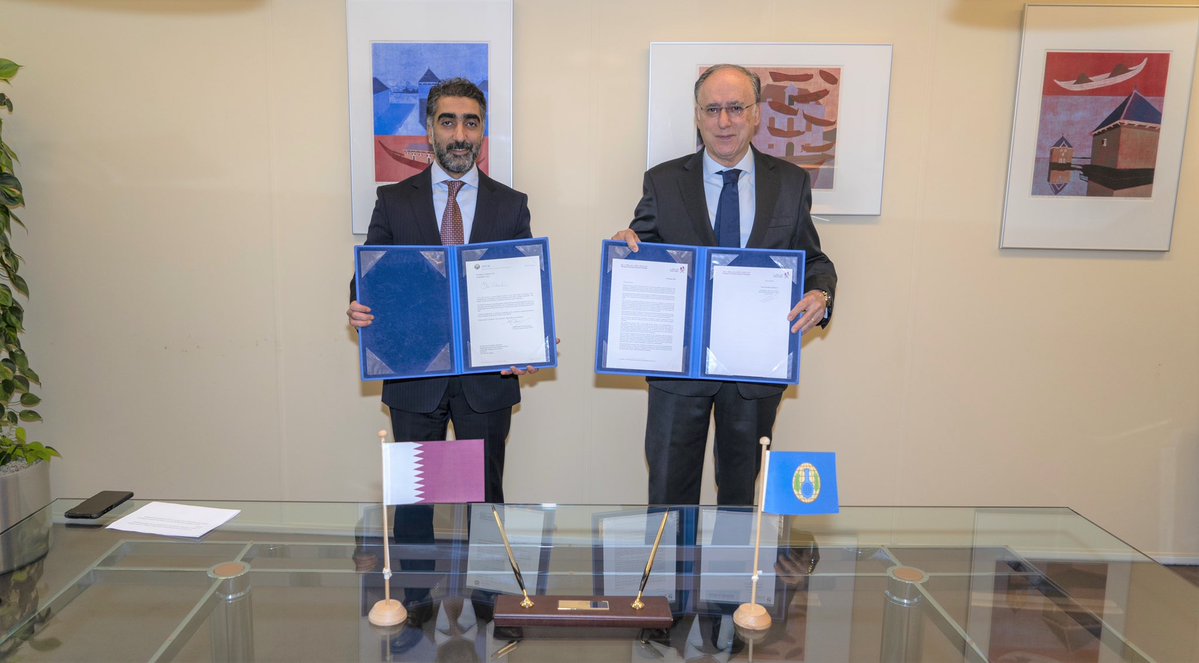 The Hague:  Qatar contributed 100,000 euros to a special Trust Fund of the Organization for the Prohibition of Chemical Weapons (OPCW) to support the construction and operation of the new OPCW Centre for Chemistry and Technology (ChemTech Centre), which is being built in the Dutch city of Nootdorp.

During the signing ceremony with HE OPCW Director-General Ambassador Fernando Arias, HE Permanent Representative of the State of Qatar to the OPCW Ambassador Nasser Ibrahim Al Lenqawi expressed pleasure for the voluntary contribution of 100,000 euros, which aims at achieving OPCW’s objectives and enhance its capabilities.

For his part, OPCW Director-General expressed his sincere appreciation to the Government of Qatar for its voluntary contribution to the ChemTech Centre.