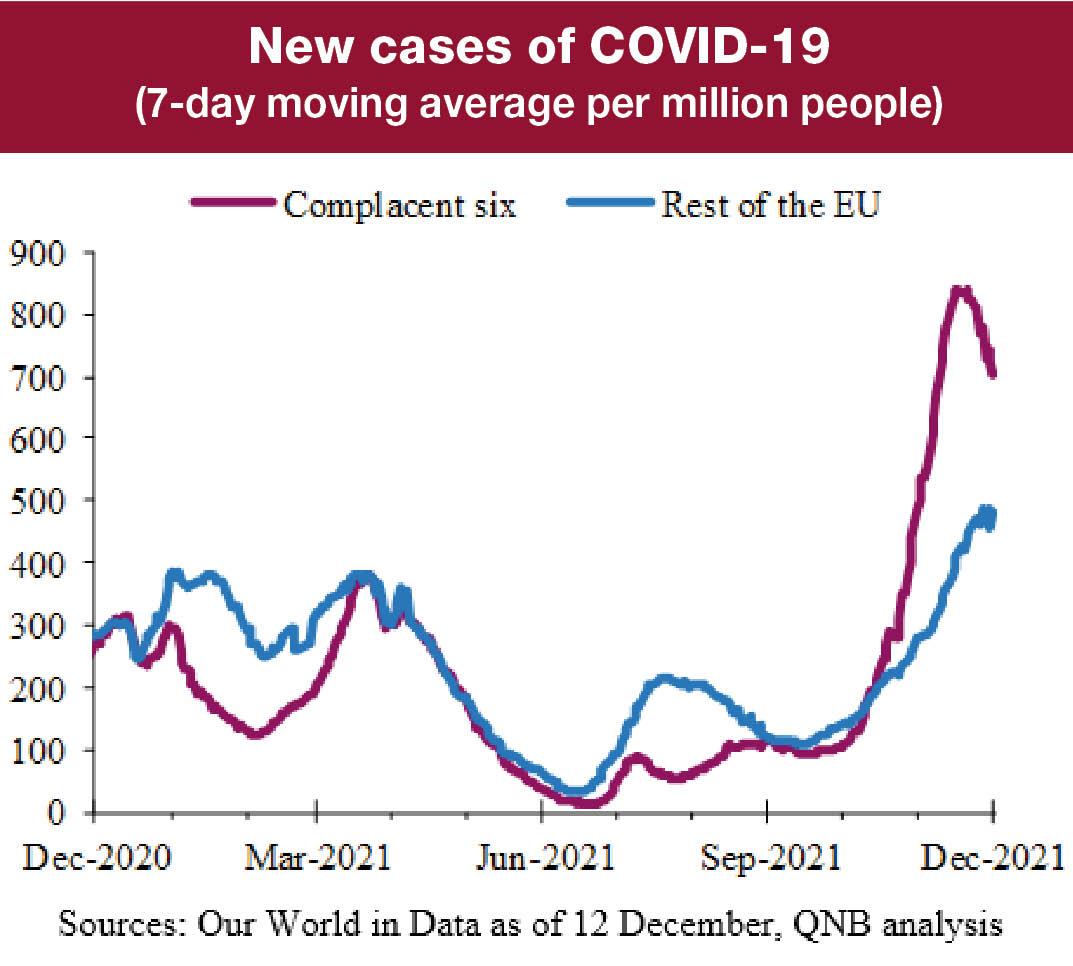 Doha: Last winter, European governments faced a surge in new cases of COVID-19 driven by more infectious variants and by cold weather keeping people indoors. The only tools at hand to manage the situation at that time were strict lockdowns and social distancing measures. However, banning social gatherings during the festive holiday season was not a popular move, so governments are keen to avoid a repeat of strict lockdowns this winter. Fortunately, with the authorisation of effective vaccines, governments now have a powerful tool to control the pandemic.

After a slow start, European Union (EU) countries engaged in vaccination programmes at their most rapid around the second quarter of 2021. This helped new cases of COVID-19 infection to fall to an extremely low level in June this year. It also allowed EU countries to begin to relax restrictions, helped by warmer summer weather.

Unfortunately, the number of infections has surged since the end of September. Northern European countries have seen the largest increase, led by: Austria, Belgium, Germany, Ireland, the Netherlands and Poland. This week, QNB shows how complacency regarding vaccination and lockdown stringency helps explain why the“Complacent six” countries experienced a worse surge in infections than the rest of the EU.

This complacency and hesitancy regarding getting unvaccinated people their first dose, convincing people to take a second dose, authorising third“booster” doses for the most vulnerable as well as vaccinating children have left the“Complacent six” more vulnerable to the surge in new cases this winter.

Second, we also see a notable difference in the stringency of lockdowns since the end of August, with the“Complacent six” relaxing restrictions further, despite the risk of a winter surge, whilst the rest of the EU actually tightened restrictions. For example, between September and early November: Austria relaxed most of its lockdown measures to support its economic recovery; and Belgium also rapidly removed its restrictive measures. This complacency with restrictions, combined with resistance towards vaccinations within their populations, helps to explain the more severe surge this winter in the“Complacent six”.

Due to the surge in COVID-19 cases, governments in the“Complacent six” were forced to tighten restrictions sharply. Austria went into a national lockdown on November 22 and is making vaccination mandatory from February 1, 2022. Germany has moved to restricted access to the non-essential services (including theatres, cinemas and restaurants) to vaccinated customers only. Belgium and Netherlands also introduced partial lockdowns. Even Poland has tightened restrictions by re-introducing capacity limits on non-essential services. Tighter restrictions have been able to contain the surge, so countries now have more room for manoeuvre and are able to focus on imposing only the most effective restrictions.

The tighter restrictions will directly impact economic activity during the next few months. The impact will be largest on the services sector in the“Complacent six” countries as visits to recreation and cultural venues will be severely limited during restrictions and lockdowns.

However, the impact may spill over to the rest of the EU as these economies are so closely interconnected and integrated. QNB therefore expects economic growth in the EU to be weaker than the 5.1 percent forecast by the International Monetary Fund in their October World Economic Outlook. QNB also expects there to be a similar pattern in North America with US states that have the lowest levels of vaccination and loosest restrictions also seeing a surge in COVID-19 infections that eventually will force them to tighten restrictions.