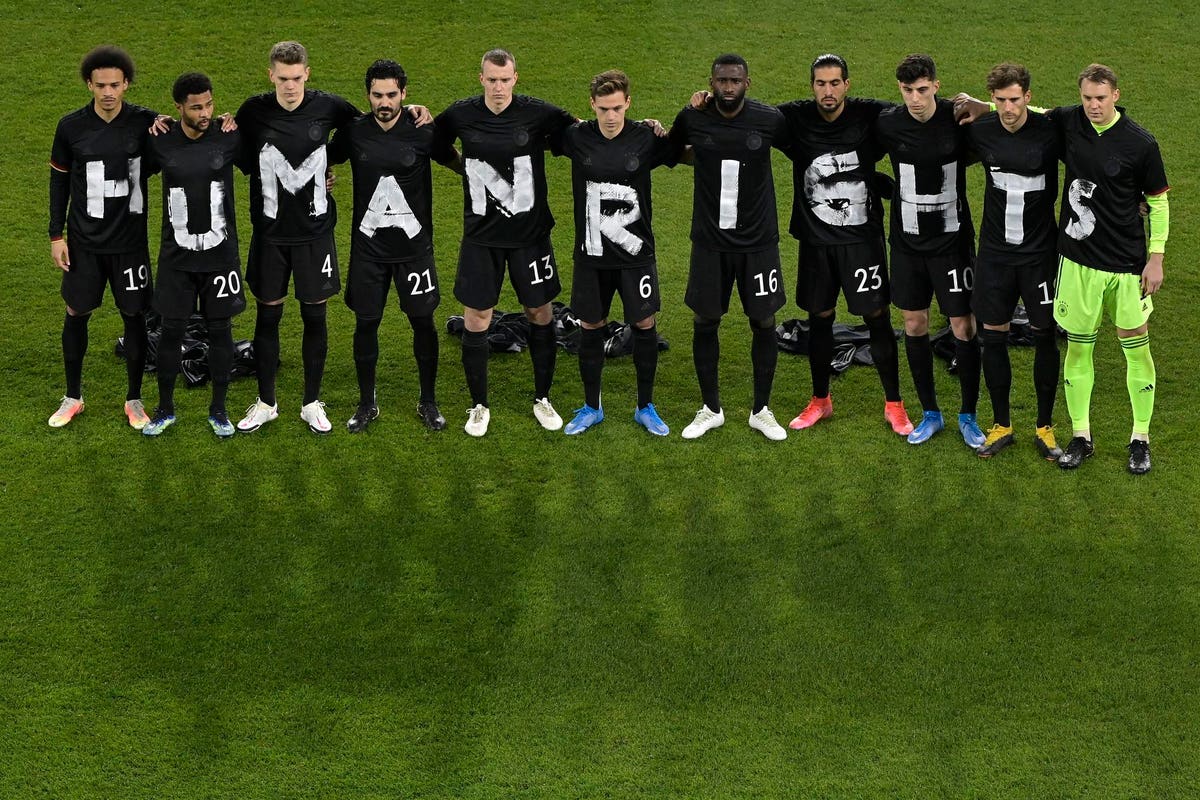 Jackson Irvine looked down the camera and calmly issued the demands. The reforms he and his Australia teammates want to ensure a “lasting legacy in Qatar” after the World Cup.

“This must include establishing a migrant resource centre, effective remedy for those who have been denied their rights and the decriminalisation of all same sex relationships,” Irvine, who plays for German club FC St. Pauli, says.

“These are the basic rights that should be afforded to all and will ensure continued progress in Qatar.”

The video featured 16 players from the Australian men’s national team and is the strongest statement of protest yet from players involved in this year’s World Cup.

While acknowledging “progress has been made” including laws for improved working conditions in Qatar, the statement raises concerns about the “suffering” of migrant workers. It also highlights Qatar’s laws against homosexuality, with LGBTIQ+ people unable to “love the person that they choose”.

For these and other human rights concerns – including denying women “the right to make many key decisions about their lives” – there have been calls for players to protest or boycott the World Cup.

As well as the Australian players, others intend to protest at the tournament. Denmark players will wear “toned down” jerseys to protest Qatar’s human rights record (though FIFA rejected their request to wear training tops with “human rights for all”). Ten captains of European teams will wear ‘One Love’ armbands to promote diversity and inclusion.

FIFA, the organisation responsible for the World Cup being held in Qatar, has asked teams to “focus on the football” and says the sport should not be “handing out moral lessons”.

Some players do not feel it is their place to offer an opinion on the World Cup being held in Qatar and what, if any, protest should be made.

“I’m a football player. I’m not a politician. It’s a difficult subject,” one player, who will be part of the tournament, told me in a previous interview.

Jurgen Klopp, the Liverpool manager, doesn’t think players should be expected to take a stand against human rights issues in Qatar.

“I understand 100 per cent that we talk about it but it’s not fair to talk now to the players and give responsibility to them because it’s more than 10 years ago that other people decided and we all accepted the decision (for Qatar to host),” Klopp told Sky News earlier this month, as reported by The Athletic.

“These are the players. The tournament is in Qatar. The players go there and play the game. The decision was made by other people and if you want to criticise anybody then criticise the people who made the decision. Not the sport, not the competition and for sure, not the players.

“It’s not fair that we expect from them that they go there and make big political statements or whatever. It’s just not fair.”

Klopp is correct that FIFA, and the federations that voted in favor, should take the responsibility for the World Cup being held in Qatar. Former FIFA president Sepp Blatter, who oversaw the process, has said handing the World Cup to Qatar was a “mistake”.

It also seems unfair to expect all players to speak eloquently about human rights issues in a nation most would have known little about before being asked to play there. As the Australian players say in their video, they are not experts.

But players are also role models. They have social media followings in the millions and young fans who hang on their every word and action. Whether they asked for it or not, they have a platform.

They have also had time to inform themselves of the reality in Qatar for women, foreign workers and LGBTIQ+ people. Even if players feel uncomfortable speaking out, ignorance should no longer be an excuse.

There are those who believe anything but a boycott of the tournament is insufficient and virtue signalling. But is it fair to punish the players for FIFA’s decision? Should they miss out on a tournament relatively few have an opportunity to reach and a potentially career-defining shot at soccer’s most prestigious prize?

Amnesty International does not favor a boycott. It argues the international attention on the tournament can be used to put pressure on the Qatari government to drive reforms that “lead to long-term improvements beyond the World Cup.”

Tim Sparv, the former Finland captain, has been one of the most outspoken player advocates for putting pressure on Qatar and FIFA to implement positive reforms. He thinks it is too much to expect players to boycott the World Cup, but urges those with the loudest voices to use them.

“I’d still like more players to speak up. Youngsters who want to just focus on their game, I can understand that to some extent. When Qatar got the World Cup 12 years ago, I was like that too, living in this bubble, oblivious and uninterested in what was happening around me. But I think we can demand more from the experienced players,” he wrote in an article for The Players’ Tribune.

“To the players, I’d say: Don’t be a passive bystander when you see where the sport is heading. Your opinion matters. Millions of people are listening to what you say. If you want to say something, there are people who can help you.

“If you don’t take this opportunity to speak up, you might come to regret it.”