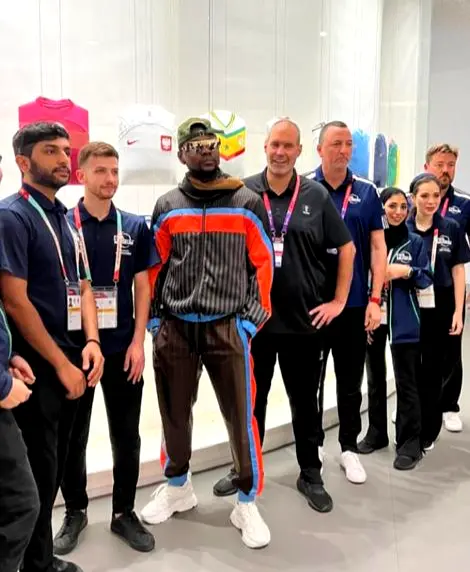 Nigerian singer Kizz Daniel enthralled the crowd with his performance at the World Cup Fans Festival in Qatar.

In a video that now gone viral, the enthusiastic crowd of soccer fans could be seen dancing and screaming while singing Kizz Daniel’s hit song “Buga” on Wednesday night.

Kiss Daniel took to his verified Instagram account to share a video snippet of his performance with the caption, “As a Naija boy, I say thank you Africa.

Kizz Daniel had tweeted hours before his performance that he would unite the world with his music.

Patoranking is another Nigerian performer scheduled to appear in the ongoing 2022 World Cup tournament.

The competition, which began on November 20, will continue until December 18.