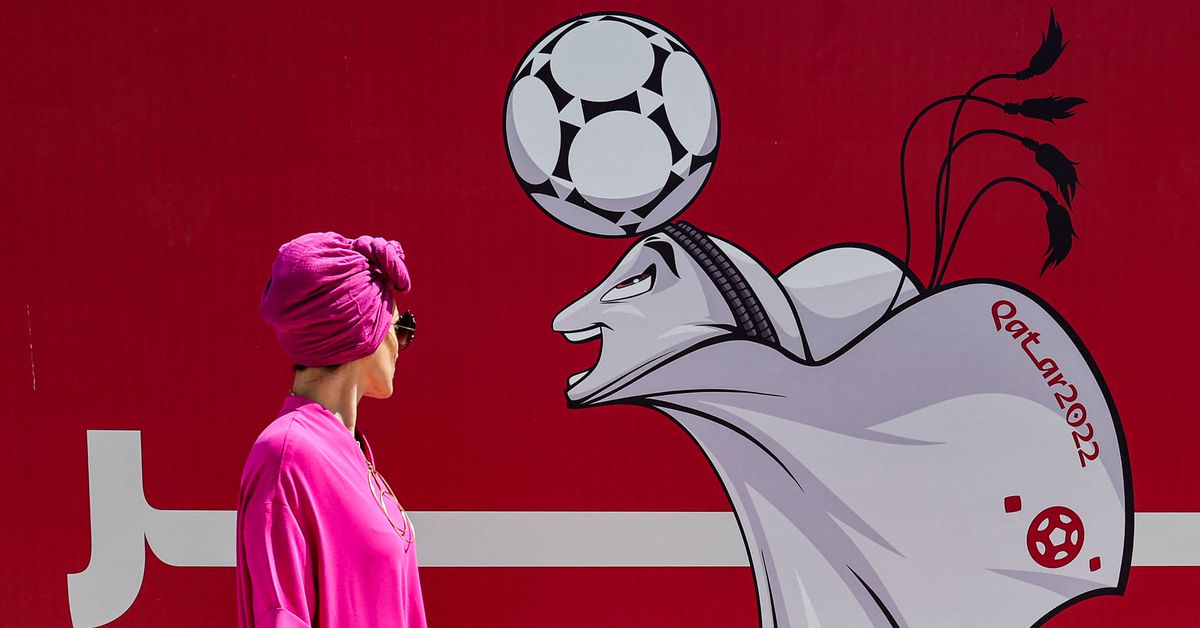 The road to this 2022 World Cup in Qatar began in 2010, when officials from the country’s bid successfully bribed members of FIFA’s executive committee for votes that would award the right to host the tournament in a country the size of the state of Connecticut without any notable sporting history or infrastructure.

Their success kicked off 12 years of massive building in the country. A reported excess of $200 billion has been spent building the stadiums, hotels, roads, and basic structures needed to host the World Cup. And that’s just the monetary cost – thousands of people, died to build it all while working long hours in repressive heat for tiny wages.

Why did Qatar do all this? Because they are an emerging nation, one of the richest in the world per capita thanks to its massive oil reserves and desperation for increased relevance. Also because they are a generally considered repressive monarchy, grant few rights to women, make it illegal to be an LGBTQ+ person, have no freedom of press and trample over the civil liberties of most anyone in the country.

Hosting the World Cup is a way for Qatar to embed itself on the world stage, presenting themselves as important and like any other influential country, while normalizing their repressive social rules and substandard treatment of workers.

So should you watch the World Cup? Should you support this affront to human decency?

The easy answer is no. The whole event is tainted and even watching is engaging with something that, one would hope, runs afoul of their basic morals. If we’re calling it black and white: no, do not watch.

Obviously, it is not that easy.

The World Cup is a global institution and by far the most popular sporting event on the planet. Some people use it to mark time, connect with their heritage, find commonality with their family or neighbors, or simply create community at a time when community is so hard to come by.

The notion of it uniting countries may be used for ill at times, but it is real. It is a unifier, and it’s a dream for players, a pinnacle for fans and, to many, the ultimate source of entertainment and pride.

People, understandably and fairly, want to watch the World Cup. They want to gather in bars and watch with friends and family, cheering on the teams from their country, the country of their parents and ancestors, or just a team that touches their imagination. They want to see the best players in the world and the pure, unbridled emotion of national pride, as they have for decades.

So how do you do that knowing that the World Cup is being used as a crude marketing tool for a state that doesn’t recognize basic civil rights for all of its citizens? Probably similar to how we engage in many other harmful acts every day.

After all, if we decided not to engage in any way with anything that caused harm or violated our values, there would be little left to engage with. And that’s not simply a question of sports (hello, publicly funded stadiums for billionaires or teams owned by morally repugnant people) and entertainment (how many times are we going to separate the art from the artist?), but we do it when warehouse workers suffer for two-day shipping from Amazon, get on a plane, eat meat, shop at Walmart, generally engage with mainstream society – the list goes on and on.

That’s not to say that anyone who does any of those things is wrong or bad. The modern world is made up almost exclusively of compromised entities, services and structures that make it nearly impossible to not partake.

The World Cup is another in a long line of things we engage with, but it’s not just this World Cup. The tournament has come with a heavy moral price for a long time.

Qatar is not the first country to win the right to host through bribery or as a means of sports-washing. There are credible allegations that Russia, Brazil, South Africa and Germany all engaged in bribery to host each of the last four World Cups, and who knows about any of them before that.

Russia used the previous World Cup to gain credibility and cache on the global stage, just like Qatar. In 1978, a dictatorial Argentina hosted the World Cup in the midst of mass disappearing of citizens. The second-ever World Cup was presided over by Italian dictator Benito Mussolini.

It doesn’t take authoritarianism for World Cups to go awry either.

Stadiums built for World Cups are often paid for by the public and become empty, rotting edifices after the tournament while its people go without proper schooling. Infrastructure rushed for the event and plagued by corruption have ended in disaster. They’ve torn down the homes of the poor, rendering them homeless, to serve the World Cup.

Every World Cup comes at great moral cost, including the next one, which will be predominantly hosted by the United States. Officials have begun threatening homeless sweeps for the World Cup, public money will be thrown around, taxes will be foregone to benefit the morally bankrupt FIFA and they have promised massive policing throughout the host cities.

This is not the first World Cup to come with moral fraught and it will not be the last.

Some of the criticisms of Qatar hosting are deeply unfair, too. The microscope given to the nation, while the event and hosting horrors past and future have been mostly ignored, is to some degree rooted in bigotry. This is the first World Cup hosted by an Arab or Muslim country, and the willingness to criticize it is much easier when the target is an “other” with brown faces.

It’s also easy to direct ire at Qatar for necessitating the World Cup move to the winter because of its extreme heat in the summer, but that’s largely unfair. FIFA should be the subject of scorn for pretending it would originally be held in the summer, which was never realistic. But for the World Cup to be a global event, which it should be, it has to be able to be played in countries where the weather is not suited for games in July. It’s not Qatar’s fault it is located in a desert, where weather is not compatible with the European-driven traditional soccer calendar. And as climate change accelerates, it’s possible that winter World Cups will become the norm.

And still, Qatar is a uniquely despicable host for the World Cup. While there is nuance and necessary introspection about all World Cups, as well as the specific ills of other tournaments, there is little doubt that Qatar’s World Cup has the potential to be the most harmful and destructive of any yet.

Qatar, and the world, will be worse off for the nation hosting this World Cup. Thousands are already dead because of it and more are likely to follow. Oppression in the country will become more mainstreamed and, by sheer virtue of the event being played on its shores, their behavior will be rewarded.

How do you watch knowing that?

Probably the same way we engage with the world every day – hopefully with our eyes open, an attempt to do right where we can and a recognition that we must also find some joy for ourselves.

There are sometimes attempts to turn any examination of moral dilemma presented by the modern world into “everything is terrible so nothing matters, do whatever you want,” but nihilism isn’t the way forward because the tramping of civil liberties and abhorrent treatment of workers in Qatar do matter. The absence of school funding here because your city had to build a new football stadium does matter. The health problems of mostly poor people who live by the highways you drive on every day do matter.

The reality of 21st century society is we are all constantly asked to draw moral lines, but then we are almost obligated to step over at least some of them for survival or comfort. So then we draw a new line – what can we live with, or find some joy in.

Maybe you won’t watch the World Cup because it is a product of and outlet for harm. Or maybe you’ll do so uneasily. Maybe you’ll know it’s a compromised event, but you can put it aside and enjoy all 64 games.

None of those choices are wrong. Hell, maybe none of them are right either.

The one thing you can do is be honest about the situation.

Recognize the bribery and the lives lost. Be honest about the oppression legalized within Qatar’s borders and how it is being mainstreamed through this event at great harm. Confront the racism and anti-Muslim sentiment that plays a role in the criticism. Be cognizant of the long history of ill the World Cup has brought countries before and will bring in the future, potentially in your own city.

What you do from there, be it watching and cheering or abstaining and protesting – hopefully it comes from a place of honesty and puts you in a place where you can proceed with as much peace of mind as possible. It’s the best we can do when the world hands you such evil, this time at an unprecedented level wrapped in an event billions hold so dearly.