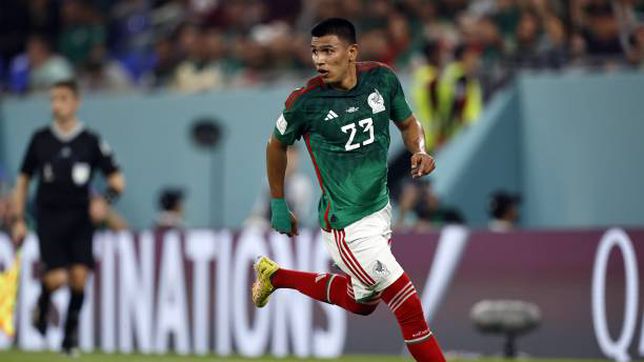 Thousands of Mexico fans refer to their national team by the nickname Tricolor which is sometimes abbreviated to El Tri. But where did the name originate? Mexico are not the only team whose kit has three colours, but they are the team most associated with the name despite other countries laying their claim.

It was at the end of the 1950s, specifically in the year 1956, when this nickname began to be used for the Mexican national team.

The reality is that the nickname ‘Tricolor’ is not exclusive to Mexico, since the teams from Ecuador and Costa Rica also like to use that adjective to identify themselves. Ecuador however, whose kit is yellow, red and blue, are known as La Tri.

The truth is that for Mexico, the term ‘Tricolor’ gained popularity after 28 years of attempts by managers and the national media to perpetuate it. It had its breakout point in 1984 when team leaders decided to use red socks to go with the green and white uniform that they used when participating in some competitions, alluding to the colors of the national flag, especially in home games.

The national team also regularly used the cherry color in away games and in certain matches of important competitions such as the 1966 and 1970 World Cups, but usually they competed with the green shirt, white shorts and from 1984 onward, red socks.

It is true that in the origins of the uniform of the Mexican team, the managers, faced with the demand of the FIFA authorities to designate an official uniform, decided to adopt red in the 1930 World Cup which lasted until 1958, when they opted for green and white. The separate use of three colors led to the nickname ‘Tricolor’, but the use of red socks in 1984 visually showed the colors all together.

It should be noted that in 1978, the kit which the team wore at the World Cup in Argentina were the closest thing to the national flag with the three colors, but it was both their debut and dismissal due to the resounding failure of the national team under the leadership of José Antonio Roca with defeats against Tunisia 1-3, Germany 0-6 and Poland 1-3. The latter are one Mexico’s group stage rivals at Qatar 2022.