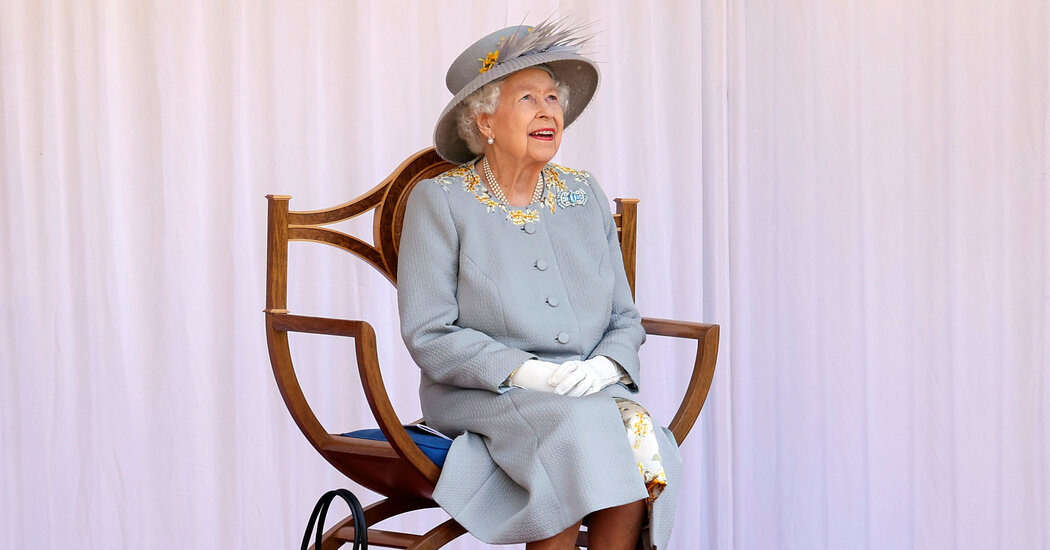 By Sunday afternoon, the news that Queen Elizabeth II had contracted the coronavirus had filtered through London with news alerts on phones bringing the information to many going about their weekend business. But as the general public and political leaders reacted, many were quick to reflect about how the news came as the government plans to roll back the last remaining coronavirus restrictions.

A number of people said that the queen’s illness had driven home just how susceptible the broader population was to the virus.

“It doesn’t have boundaries, that’s what it’s telling us,” said Hussein Ahmed, 34, who was waiting for a bus in North London. “It does not give a damn about whether you are the queen or a king or a normal civilian, a person in high power; you are getting it.”

Gail Smith, who was walking with her friend in blustery rain in North London, said that they had seen the news and were sad and concerned for the queen. But, they added, they were not surprised to see that it had reached royal circles because there were still so many people becoming infected in London and across the rest of Britain.

“She must be the most protected high-profile person, and she’s elderly,” Ms. Smith said. “And she is generally quite a healthy person, but it shows how difficult it is to protect people from this.”

A wave of encouragement and support from across the nation and further afield erupted on social media on Sunday after Buckingham Palace first announced the news, with politicians and commentators weighing in.

“I’m sure I speak for everyone in wishing Her Majesty The Queen a swift recovery from Covid and a rapid return to vibrant good health,” Prime Minister Boris Johnson of Britain wrote on Twitter.

I’m sure I speak for everyone in wishing Her Majesty The Queen a swift recovery from Covid and a rapid return to vibrant good health.

Other members of the government also expressed support, including Sajid Javid, the British health secretary, who wrote on Twitter that he wished “Her Majesty The Queen a quick recovery.”

The chancellor of the Exchequer, Rishi Sunak, wished her “a speedy recovery” in his post, while the home secretary, Priti Patel, added “God save the Queen” at the end of her tweet.

The 95-year-old queen, Britain’s longest-serving monarch, marked the 70th anniversary of her accession to the throne this month.

It was not lost on many that her infection came as the government was preparing to scrap the last restrictions and considering how people could learn to live with the coronavirus.

“24 hours before #BorisJohnson announces end of covid restrictions Queen confirmed to have virus,” Andrew Pierce, a political commentator with The Daily Mail, a tabloid, wrote on Twitter, “will he now change his mind?”

The timing of the queen’s positive test was also front of mind for many on the streets of London on Sunday as they braved a gusty and windy morning.

Matt Treadwell, 47, who works in mental health for the National Health Service, said it was a further signal that the pandemic was not yet over.

“It’s not a great thing for a 90-something-year-old lady to have, so I guess we are sort of wondering about how serious it is going to be,” Mr. Treadwell said of the queen. But he was quick to reflect on the government’s shift in tone around the virus at what is still a critical time.

“The fact that no other country in the world is doing this at this time as far as I can tell does not fill me with enormous confidence,” he said. “It’s a political decision.”

Others pointed out that the coronavirus infection was the last of an already long series of difficulties that the queen had faced not even two months into the year, including the settlement of a sexual abuse lawsuit by her son Prince Andrew; an inquiry into a charity run by her eldest son, Prince Charles; and Charles’s own positive virus test.

“What more can this year throw at Her Majesty?” asked Paul Brand, the editor for Britain for the ITV News channel.