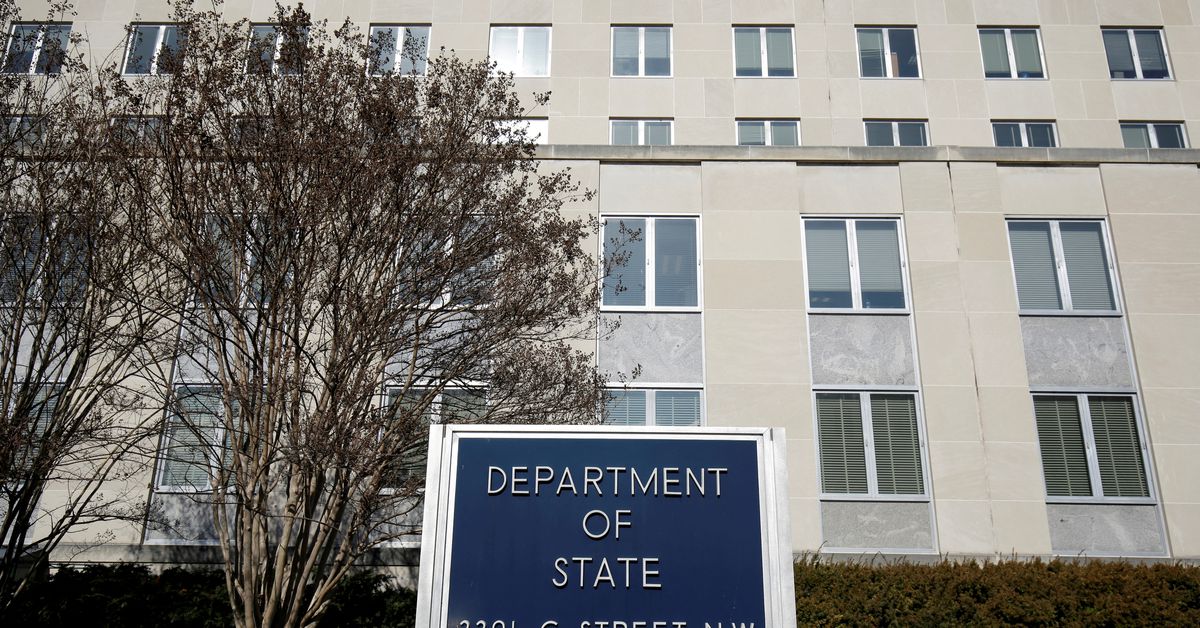 WASHINGTON, Feb 17 (Reuters) – Russia has expelled Bart Gorman, the No. 2 U.S. official in Moscow, the State Department said on Thursday, with Washington warning that it would respond to the “unprovoked” move amid heightened fears of a Russian invasion of Ukraine.

Russia’s Foreign Ministry said Gorman was forced to leave Moscow in response to what it called the “unreasonable expulsion” of a senior Russian official by Washington, accusing the United States of unleashing a “visa war.”

Gorman, who had served as U.S. deputy chief of mission, left Russia last week, a senior State Department official said. It was unclear why the expulsion was not announced until Thursday.

“Russia’s action against our DCM (deputy chief of mission) was unprovoked and we consider this an escalatory step and are considering our response,” a State Department spokesperson said.

The expulsion comes during a months-long standoff over a Russian buildup of more than 150,000 troops near its border with Ukraine.

U.S. President Joe Biden said on Thursday that there was every indication Russia planned to invade Ukraine in the next few days and was preparing a pretext to justify it, despite Moscow saying it was moving some of its troops away from the border. read more

Gorman, the second most senior U.S. official at the Embassy in Moscow, previously served as the State Department’s deputy assistant secretary and assistant director for threat investigations and analysis, overseeing monitoring of threats against U.S. diplomatic personnel, according to a biography on the embassy’s website.

He has also served as a regional security officer of the U.S. Diplomatic Security Service, the department’s law enforcement and security arm, in countries including Iraq, Jordan and China, the biography said.

Alongside the border tensions, the United States and Russia have been engaged in a tussle over their respective diplomatic presences in each others’ capitals.

The State Department spokesperson said Gorman had a valid visa and had been in Russia for less than three years.

Washington has said Russian diplomats who have stayed longer than three years must leave, the spokesperson said.

“In response, Russia is requiring U.S. diplomats to leave well before the end of three years, is giving them two weeks to leave the country, and is calling it the same.  It is not the same,” the spokesperson said, adding that retaliatory moves by Russia have left staffing levels at the U.S. Embassy in Moscow well below the Russian diplomatic presence in Washington.

Russia’s Foreign Ministry said in a statement that the move to send Gorman home was made “strictly in response to the unreasonable expulsion” of a minister-counselor at its Washington embassy, despite Russian requests for the official to be allowed to stay until a replacement arrived.

The ministry did not name the expelled Russian diplomat or say when he was forced to leave, but it rejected media reports that it said were wrongly presenting the expulsion of Gorman as “almost a deliberate escalation on the Russian side.”