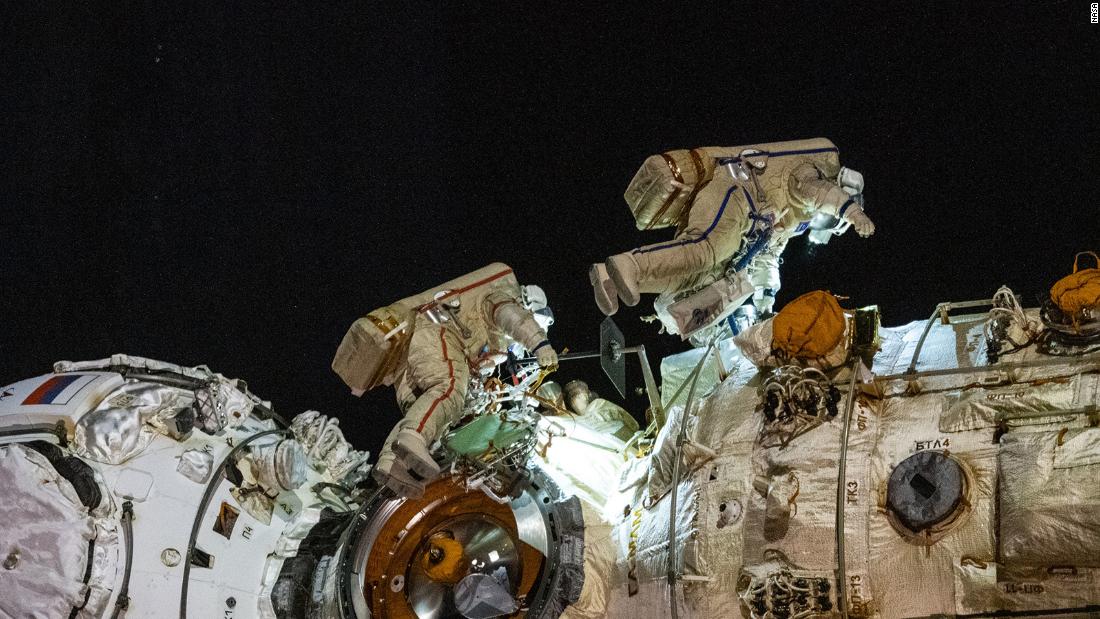 Russian cosmonauts Oleg Artemyev and Denis Matveev are expected to begin their nearly seven-hour spacewalk at 10:25 a.m. ET. The spacewalk will be streamed live on NASA’s website, with coverage beginning at 10 a.m. ET.

It is the first of two spacewalks that Artemyev and Matveev are conducting to set up the mechanism outside the Russian Nauka multipurpose module.

During Monday’s spacewalk, the duo will install and connect a control panel for the 37-foot-long (11.3-meter-long) robotic arm. The two will also remove the arm’s protective covers and install handrails outside the Nauka module.

This robotic arm will be used to assist spacewalkers and transport any items that need to be moved outside the space station’s Russian segment in the future.

Artemyev will be identifiable in the Russian Orlan spacesuit bearing red stripes, while Matveev will wear a spacesuit with blue stripes.

It’s the first spacewalk for Matveev and a fourth for veteran spacewalker Artemyev.

It will be the fourth spacewalk outside the space station this year and the 249th overall in support of assembling, maintaining and upgrading the orbiting laboratory.

During a second spacewalk, on April 28, the cosmonaut pair will remove thermal blankets used to protect the robotic arm when it was launched last year along with the Nauka module. Matveev and Artemyev will also flex the robotic arm’s joints, release restraints and test its grappling ability.

These are the first of upcoming spacewalks that will focus on preparing Nauka and the robotic arm for future use.

Asked how the geopolitical tensions with Russia have affected life on the space station, NASA astronaut Dr. Tom Marshburn said during a Friday news conference that it’s been a “collegial, very friendly relationship together up here, and we’re working together.”

The NASA crew and Russian cosmonauts regularly share meals and watch movies together, he said.

“We rely on each other for our survival,” Marshburn said, “It is a dangerous environment. And so we just go with our training; we go with recognizing that we are all up here for the same purpose: to explore and to keep this space station maintained.”