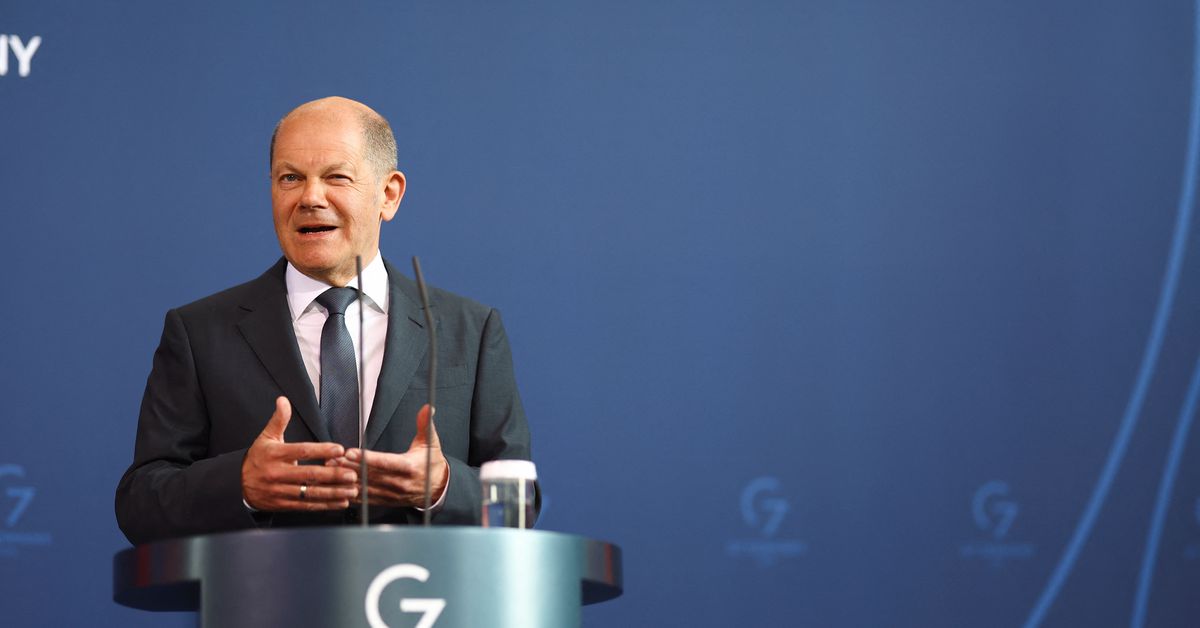 BERLIN, April 22 (Reuters) – NATO must avoid a direct military confrontation with Russia that could lead to a third world war, German Chancellor Olaf Scholz said in an interview with Der Spiegel when asked about Germany’s failure to deliver heavy weapons to Ukraine.

Scholz is facing growing criticism at home and abroad for his government’s apparent reluctance to deliver heavy battlefield weapons, such as tanks and howitzers, to Ukraine to help it fend off Russian attacks, even as other Western allies step up shipments.

Asked in an extensive interview published on Friday why he thought delivering tanks could lead to nuclear war, he said there was no rule book that stated when Germany could be considered a party to the war in Ukraine.

“That’s why it is all the more important that we consider each step very carefully and coordinate closely with one another,” he was quoted as saying. “To avoid an escalation towards NATO is a top priority for me.

“That’s why I don’t focus on polls or let myself be irritated by shrill calls. The consequences of an error would be dramatic.”

This was a departure from his previous statements on the topic, focusing on the fact that the stocks of Germany’s own military were too depleted to send any heavy battlefield weapons while those the German industry has said it could supply could not easily be put into use.

Asked why he would not explain that his government’s reluctance was due to the threat of nuclear war, he said such “simplifications” were not helpful.

However, Scholz could soon be forced to take a clear position on whether heavy weapons can be sent directly from Germany to Ukraine. The Welt am Sonntag newspaper reported that defence contractor Rheinmetall (RHMG.DE) had applied for a licence to sell 100 Marder armoured personnel carriers to Ukraine.

The Marders could be delivered quickly, the newspaper said. All military exports have to be approved by a committee on which the chancellor sits. Rheinmetall declined to comment on the report.

Germany has in the past allowed other countries, including the Netherlands, to send heavy weapons it made to the Ukraine.

Separately, Scholz defended his decision not to immediately end German imports of Russian gas in response to the invasion of Ukraine.

“I absolutely do not see how a gas embargo would end the war. If (Russian President Vladimir) Putin were open to economic arguments, he would never have begun this crazy war,” Scholz said.

“Secondly, you act as if this was about money. But it’s about avoiding a dramatic economic crisis and the loss of millions of jobs and factories that would never again open their doors.”

Scholz said this would have considerable consequences not just for Germany but also for Europe and the future financing of the reconstruction of Ukraine.

Russia calls its invasion a “special military operation” to demilitarise and “denazify” Ukraine. Kyiv and its Western allies reject that as a false pretext for a war that has killed thousands and uprooted a quarter of Ukraine’s population.

Jimmy Garoppolo’s ex-teammates upset over how he handled injury